How I Manage My Social Media Anxiety 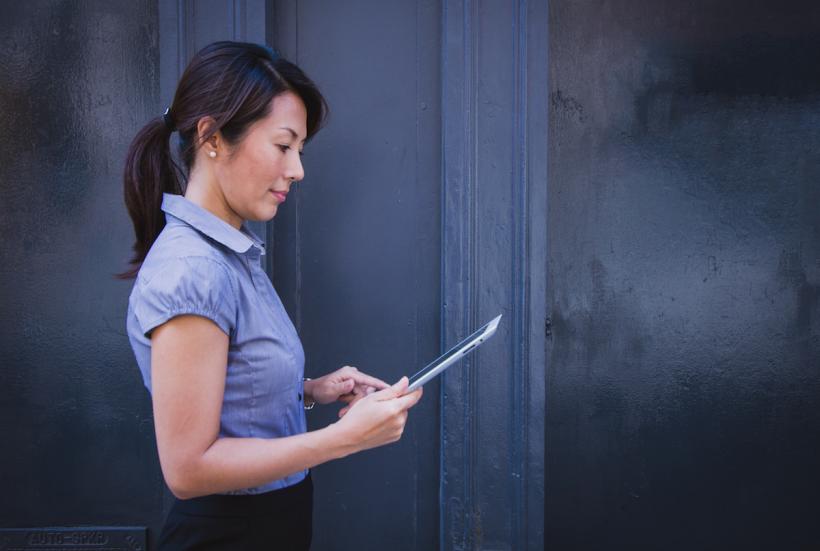 I am a social creature, and crave the sense of connection I find online. Image: Benjamin Child/Unsplash.

I don’t hate social media — I just don’t feel I have all that much to contribute to it.

I used to be the kind of person whose every thought was fodder for Facebook, Twitter, and Tumblr.

No matter how mundane, morbid, ridiculous, or inconsequential, I shared it. You might even say that sharing it was part and parcel of experiencing it.

Social media was my sounding board for big and small life decisions: Where to eat in a new city? What laptop to buy when mine went kaput? Sadness over my grandmother’s death?

But over the last few months, I’ve found myself approaching the task of posting even 140 characters with more than a little dread.

Instead of assuming that what I have to say would either engage or amuse my followers (or that they could skip right over it if it didn’t), I’ve found myself facing those blank boxes as if whatever I type will determine the fate of the rest of my social (media) life.

What was once a joyous, carefree way of delivering my thoughts to whoever might be curious about them has now become something I agonize over — each word taking on oversized proportions as I contemplate it — to the point that engaging with social media at all is rarely an enjoyable experience.

For instance, one recent Friday night, I found myself pulling aside my bedroom curtain repeatedly, as if that would make my boyfriend’s car appear more quickly. Since it was raining, in the not-so-far reaches of my mind, I was half convinced that if he wasn’t home exactly when he said he would be from picking up a friend at the airport, he’d been in an accident.

This is something one of my grandmothers used to do: She worried so much that she rarely called, because if I wasn’t home, she would be concerned.

I want to laugh about that behavior, except the joke is on me, because I’m all too guilty of it.

My over-worrying is something the old me would have immediately called out for self-mockery on social media. But the new me hesitated, formulating endless variations on that story to the point where it had lost all meaning to me.

You might be asking why don’t I just quit social media entirely, if I’m so stricken with doubt over every status update?

I still think it’s a valuable subject to explore, and very may well craft my paranoia into an essay format at some point, but posting it in a pithy social media caption felt far too intimidating. Would I find people were laughing at, rather than with, me? Would I be seen as weak and ridiculous for having such thoughts?

I never used to care about those outcomes, but lately, all I do is second-guess the possible reactions to my posts, and it’s never a pretty path to tread mentally.

What certainly didn’t help was the Who Deleted Me app, which, as promised, tells you exactly who has unfollowed you recently on Facebook. I downloaded it in the name of research, since I sometimes cover technology.

I figured I had enough self-esteem that I could casually observe who’d had enough of my updates and move right along with my day. After all, I’ve unfollowed people, too.

It’s very easy to idolize someone else’s life when you only see it through the often filtered, sanitized lens of what they share with the world, and I gullibly fall for their visions of perfection time and time again.

But a not-so-funny thing happened after I checked the app a few weeks in: I was indeed upset over those who’d dropped me, even if we were never truly “friends” of the real-life, offline variety in the first place. I wasn’t heartbroken over every single one, but there were plenty people I admire whose clear disapproval made me wonder: What did I do wrong?

Did I post too many promotional links about my books and writing? Was I too much of a homebody? Was I too boring? All the fears I have on a subconscious level about the state of my current life, with all its suburban minutiae, came rushing to the surface of my very thin skin.

It’s one thing to know based that a given number of people have unfollowed you, but it's quite another thing to put names to those defectors. I’ve felt the same with Twitter (where unfollowing is apparently on the rise) when I discovered that an author whose memoir I’d enjoyed had blocked me, as had a TV personality and writer for some of the same sites I write for.

Logic tells me there’s nothing I can do to alter their opinions about my tweets, but that doesn’t mean the illogical, inner-child part of me wasn’t hurt.

I still hope to gain their Twitter approval again someday (though I’ll be fine if I never do).

All this angst has meant a sharp decrease in my social media output — which wouldn’t be so bad if I had more regular, in-person contact with friends. But living in a small town and working from home means that on most days, I talk to my boyfriend and that’s it.

I don’t hate social media, I just don’t feel I have all that much to contribute to it, and have lost the ability to crunch my innermost thoughts into snappy sound bites.

So my social media consumption has become largely one-sided: mostly an observer, taking in other people’s lives, often wishing I shared their joie de vivre. It’s very easy to idolize someone else’s life when you only see it through the often filtered, sanitized lens of what they share with the world, and I, being gullible, fall for their visions of perfection time and time again.

As for my own accounts, I haven’t stopped posting entirely, but the nature of what I post has changed. A pop culture no-brainer — like sharing a video from a concert I attended, in which Bruce Springsteen covered “Purple Rain” as a tribute to Prince — is easy to share, because who’s going to have a problem with that?

But the inner workings of my often anxious, overstressed, paranoid mind? The way I anxiously refresh my inbox over and over in the hopes that the royalty statement which I desperately hope is enough to cover my rent will appear faster? My misery every month when I get my period and wonder if I’ll ever become a mom?

You might be asking why I don’t just quit social media entirely, if I’m so stricken with doubt over every status update?

I’ve thought about it, but the reality is, I get a lot of news about my friends and the world around me via Facebook, and it’s practically mandatory as part of my work as a freelance writer. I moderate a secret group for my writing students there, I get leads on what editors are looking for, and I get lots of article ideas based on what I see in my various feeds.

In my heart of hearts, even though I spend most of my time alone, I am a social creature, and crave the sense of connection I find online, even if it is a highly curated, mediated version of what my friends and acquaintances are up to. I don’t hate social media, I just don’t feel I have all that much to contribute to it, and that I've lost the ability to crunch my innermost thoughts into snappy sound bites.

It turns out that not trying to conjure the most “likable” way to spin my brain’s frenzied output means I’m a little bit calmer, a little less reliant on the dopamine rush I used to get seeing people respond to my posts.

So instead of quitting, I’ve become a passive user, save for an occasional safe, non-threatening, and largely impersonal post. I wish people a happy birthday and chime in when I truly have something to say.

But sharing my day to day? I may go back to it, but I have likely wrapped up that portion of my life.

It’s not that I’ve become some deeply private person overnight — I’ve written for publication about the darkest aspects of myself since I was a teenager — but rather that the incessant speed of social media feels like such a contrast to how I think and process the world.

There’s a part of me that misses being part of that frenzy, but I also embrace the fact that I now have more time to be introspective, to analyze what I think about myself before I offer it up for mass consumption.

Rather than looking to others online to reassure me that it’s okay to be a paranoid weirdo, I’m instead learning that lesson on my own.

It turns out that not trying to conjure the most “likable” way to spin my brain’s frenzied output means I’m a little bit calmer, a little less reliant on the dopamine rush I used to get seeing people respond to my posts.

I still have moments where my fingers itch to transcribe something into those eager little boxes, as if that will make it more real — but when I take a breath and step away from the keyboard, I’ve found a lot of the answers to my questions right inside me, just waiting for me to look for them.

How I Manage My Social Media Anxiety
Rachel Kramer Bussel