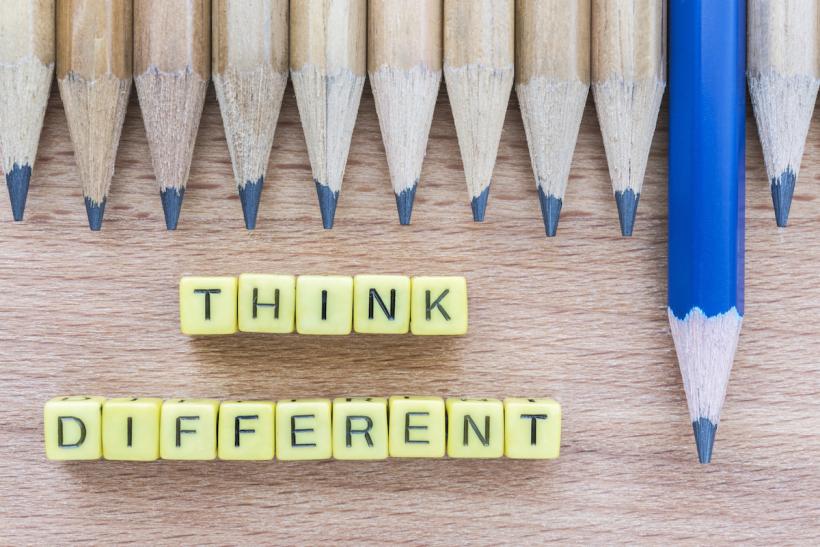 I never used the term “gay” to mean stupid or worthless as a kid, even though it was pretty common. I loved Anne of Green Gables and Little Women, where “gay” described skating parties or hats.

Nine-year-old me knew the use of the word had changed, but definitely didn’t understand why it would mean anything negative.

I also never used the R-word. I have a beloved uncle with a developmental disability, and anyone who dropped that word around me was just asking for a scathing lecture.

When I was a reporter and television producer, no one used the word “handicap” on my watch, unless the story was about golf. (Oh, golf. Get it together, would you?) I was similarly militant about describing businesses or cities as having been “crippled” by economic or weather events. If you’re describing Tiny Tim in an essay about Dickens, maybe, maybe you can use that word in a direct quote.

So when I wrote an article for Ravishly recently and it came back from my editor very gently altered for a similar transgression, I was embarrassed. I had casually dropped a bunch of c-bombs to describe myself.

No, not that c-bomb, the other one.

I used the word “crazy” — I did it all the time. I told myself I can say crazy because it’s “my” word. I have a mental illness, so by using the word I’m reclaiming it.

Except I’m not. I had just been too lazy to find a synonym for “ridiculous,” “exuberant,” “intense,” “wild,” or “weird.”

People actually come out and say that they believe those with mental illness are basically useless, and can’t possibly have a life of value. We know this isn’t true, but we sometimes need a reminder.

The reason I know I’m not using the word in an empowering way is that there are times when I have reclaimed words associated with my mental illness in an empowering way. I have been known to talk about my time spent in a locked mental health ward as “my time in the looney bin” because it’s helpful for me and those closest to me to be able to make light of that very difficult, dark time.

When I talk about the mall on Black Friday being “crazy” instead of chaotic, or my toddler’s behavior being “insane” instead of wild, it has absolutely nothing to do with my experience as someone living with mental health issues. It’s thoughtlessness. It’s laziness.

Imprecise, hurtful language is a problem, because it legitimizes other people’s use of the c-word. This perpetuates the stigma around mental illness. If a mall full of people or a rampaging toddler is “crazy,” that re-enforces the image that mental illness isn’t a legitimate disability. It says “crazy” just equals chaos, impulsiveness, or the inability to get your life together.

This cruel and damaging perspective still exists. We’ve seen recent examples of it online, where people actually come out and say that they believe those with mental illness are basically useless, and can’t possibly have a life of value.

We know this isn’t true, but we sometimes need a reminder.

Dr. Viktor Frankl, concentration camp survivor and psychiatrist, wrote in his best-known book Man’s Search for Meaning that the value of the human life is innate. We don’t have to accomplish anything, or be anything or do anything to have value. We simply do.

This is why we can’t throw around “crazy,” or any of those other pejorative words I mentioned, as though it’s possible to sum up a person’s worth in one mean-spirited word. It isn’t.

You hear some people today say that our way of talking about disabilities or groups of people has become “too politically correct.”

Using terminology that makes people feel comfortable and included is not “political,” it’s polite. There can never be “too much” when it comes to kindness and consideration.

But not “crazy” — not anymore.

If you like this article, please share it! Your clicks keep us alive!
Tags
crazy
mental health
ableism
language
political correctness