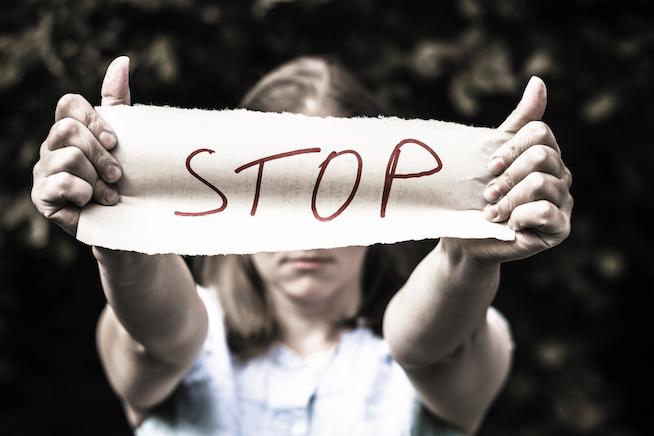 I was sober that night; I accepted a ride home from a man I had met half a dozen times who was also sober and had never once touched me. Where was the unsafe behavior?

Recently, it came to my attention that someone I once knew had passed away. On social media and in the mainstream media, warm tributes for this man poured in. This was not my recollection of him. Immediately I was reminded of that time, 10 or so years ago, when he tried to rape me.

Attempted rape is a tricky thing. No one can really know what is going on in someone else's mind, what another person’s intentions are. So, to use more precise language, this man got me in a secluded location, pinned me down, hurt me, violently kissed me against my will, kept kissing me when I expressed that I didn't want to be kissed, and tried to bar me from leaving. I had to struggle to free myself, and I didn't stick around to see what else was on his itinerary.

Experts say rape is about power. In this case, he was a powerful man and I was very young. He had something he thought I wanted, and I definitely had something he wanted. I have never been into the quid pro quo thing, and I don't think he was counting on that.

The night the incident happened I was disgusted, I was furious, but I didn’t feel traumatized. I chalked it up to an asshole and a bad night. I took a shower. I never saw this man again. I hated him. When I heard he lost his job, I was glad. When I heard he got another, and another, and another, each more prestigious than the last, I was incredulous. Eventually I ceased to think about the incident entirely. It never felt like it affected me long-term, and why should it? I had escaped. In the years following my attack, three of the women most precious to me were raped. I felt rage for them, and I felt unspeakably fortunate myself. My experience became my story of how most women have to deal with the kind of bullshit of my attack at some point in life. The unlucky women deal with worse. This is rape culture.

When the Josh Duggar story broke, I began to think about what had happened to me that night. Had my silence paved the way for more women to be victimized by my attacker? Had worse happened to anyone else? Then he died, and one of the women who’d written with vitriol about Duggar wrote a glowing tribute to my attacker. No one seemed to say anything bad about him. Doubting thoughts flooded my head: Had it been somehow my fault? Could I be remembering that night wrong? That I was even questioning an incident that had seared itself so clearly into my brain, that turns my stomach with nausea every time I recall it in vivid Technicolor detail, speaks to how powerful victim shame is.

My own friends and colleagues were among the ones lauding this man, people I had known, respected and worked with for better than a decade. I imagined speaking out about what had happened to me and being rejected, accused of lying, or of trying to get attention on the heels of a man’s death. Every time someone said a positive word about him, every time I saw his face smiling in a memorial photograph, I felt a wave of nausea. He was gone, he could never hurt me or anyone else, ever again, but I felt like I was being victimized all over.

Then I thought of those men, women, and children actually assaulted by men in power positions. Their teacher. Their priest. Their court-ordered psychiatrist. A parent. An uncle. A boss. How many times do victims of sexual assault hear their predators praised and feel like no one will believe them? How many times are reports of abuse doubted because of a perpetrator's good standing, distinguished job, or charming exterior? On top of all that, if a victim is gay, an addict, a sex worker, a child or someone else at a power disadvantage, what an insurmountable obstacle they must feel to report abuse.

In hindsight, I don’t know what I would have done differently, or what I should have done. What would I say to the police if I was to report it?  This idiot choked me and mashed his teeth against mine and I know what was on his mind, but we were the only two people around so, uh, you’ll have to take my word for it? Yes, I’m happy to put my life on hold for months and years while you investigate this, and take it to trial based only on my verbal “evidence”? Please charge him with one count of Teeth Mashing immediately, just in case he turns out to be a life-long rapist? Or I should I have taken the rape culture apologists’ point of view by vowing to care for my personal safety better? Except I already did that.

I was sober that night; I accepted a ride home from a man I had met half a dozen times who was also sober and had never once touched me. Where was the unsafe behavior? I am not sure what I could have done differently. I do know what I will do differently going forward. I will respect and wholeheartedly applaud the bravery of people who find it in themselves to report being sexually assaulted even more than I already had. I’m a woman with a great deal of personal agency. I have a life full of people who support me, and I know how hard it is even for me to acknowledge this incident in the face of so much public support of my attacker. I cannot imagine how much harder it would be if my life circumstances were different, or if that night had ended differently.

If you like this article, please share it! Your clicks keep us alive!
Tags
rape culture
Sexual Assault