New Hampshire Elects Sanders And Trump: To Rejoice Or Weep? 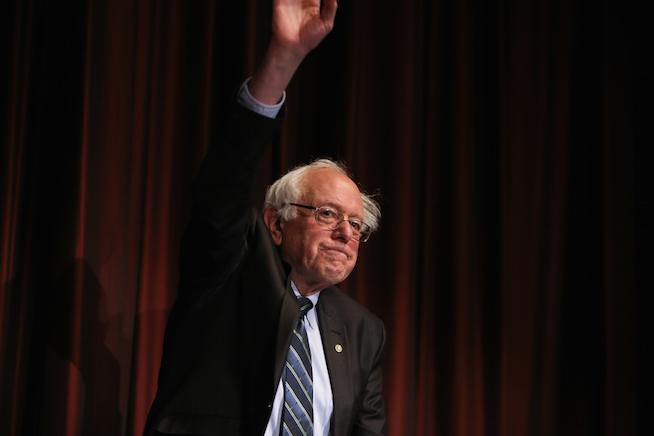 Rejoicing or weeping will depend on who you are, but let’s look at what happened either way.

Well… Hillary supporters got a big whiff of déjà vu, as the little senator that could pulled off a major upset, much like Barack Obama in Iowa eight years ago. But many in the political establishment may be more concerned about the way Bernie Sanders beat Hillary Clinton.

Before votes rolled in, most commentators said that if he came in ahead by double digits, Clinton might be in trouble.

The percentages now give Bernie Sanders 60% to Hillary Clinton’s 39%. To paraphrase Sanders: that is Yuuuuge.

The next primary takes place in South Carolina, territory reportedly more friendly to Clinton. But if Sanders can beat her by this sort of margin, many Democrats may rethink whether or not to write him off so quickly.

I must pause here to admit my own failure to predict what is happening on the Democratic side of things. Like most observers, I assumed women would be naturally drawn to Hillary Clinton, as a symbol of female empowerment.

But this past week, prominent feminists who came out in support of HRC were arguably harmful to her, even before any women (especially young women!) cast their votes. Gloria Steinem told Bill Maher that younger women support Bernie Sanders because “that’s where the boys are.” Look, Steinem has done serious heavy lifting for the feminist cause, but still…

Why, New Hampshire? Why?

Moving on, the far less offensive governor of Ohio, John Kasich, took a surprise second. So hope remains for the ‘ol GOP.

Other big stories on the right:

Ted Cruz, Jeb Bush, and Marco Rubio have essentially tied for third place. This is great news for Cruz, who spent little time and even less money in New Hampshire. He was not supposed to be a player at all.

Of interest to the politically uninvolved will be how Jeb Bush used his fourth place finish to project his real relevance in the rest of this campaign. I suppose if you garnered about 2% of the vote in Iowa, 11% looks like a lot…

Marco Rubio took a big hit in Saturday night’s debate, with Chris Christie attacking him for being too scripted, and Rubio responding by being… totally scripted. His repetition of the same line four times only reinforced the perception of him.

That moment showed up big time in his voting numbers. Rubio scraped out a 5th place finish, which secures his spot in the crucial debate before South Carolinians go to the polls. But it is a far cry from the 2nd place his campaign had hoped for, and which polls projected him to take prior to that abysmal debate moment.

As for Chris Christie…the pugnacious governor announced he is going to New Jersey, not South Carolina, after a dismal 6th place finish.

And then there were five: Donald Trump, John Kasich, Ted Cruz, Jeb Bush, and Marco Rubio.