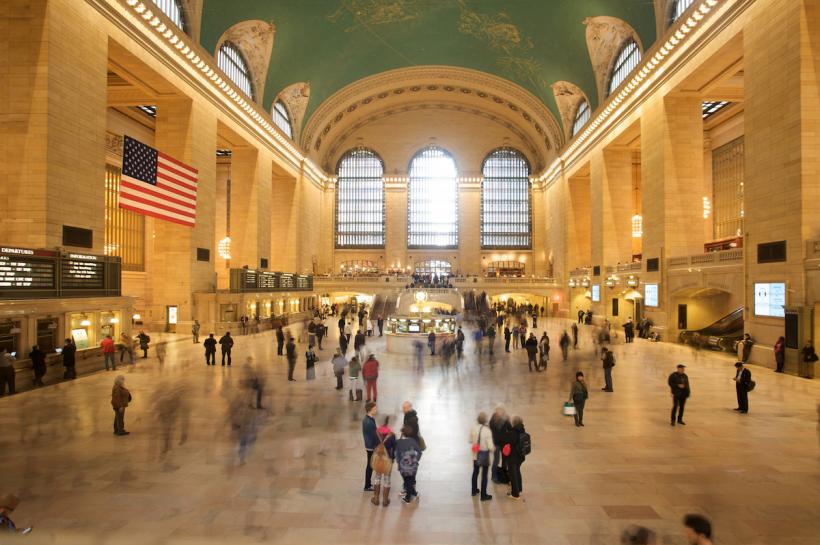 Today is the oldest you've ever been, and the youngest you'll ever be again.

While that might sound like something your burnout friend says between hitting the joint and putting Bugles on the tips of his fingers to pretend they’re witch nails, this is actually a quote from Eleanor Roosevelt that I’ve found myself thinking about lately.

I’ll never understand those who have the cynical view that “people never change.”

We are change — it’s in everything that we do.

The “you” who opens their eyes in the morning isn’t the same “you” lays down their head in that bed that night. In those few hours of consciousness you have more exposure to life, you experience a world of compassion and cruelty that has the potential to change the trajectory of your entire life.

Human beings are nostalgic creatures — that’s why we got a reboot of Heroes even though literally nobody has ever asked for that to happen.

Because of this, I often find that we notice our changes most when we go back to a setting we haven’t visited in a long time. Your face never looks older than it does when seen through a mirror you haven’t looked into since childhood.

It’s the same place, but you’re a different person.

For me, that place is Grand Central Terminal. Three times over the span of a year, I walked to the same train to see the same woman, and each time I was a different person.

The year has been a big one for me. For better or worse, I experienced some things that would forever change the course of my life and what I thought I wanted to do with it. After going viral for exposing the excess skin I was left with after losing 270 pounds, I knew I wanted to do something with the attention.

I’d decided to become a body positive activist — to use my following to share a positive message about how we treat ourselves and one another.

I had no fucking idea where to start. I was working an office job at a photo retouching studio (painfully ironic, I know) and while it paid well, I was beginning to see the cracks in the surface and the problem with what we did there.

That morning, I went to Grand Central for the first time. I was hired to give my first lecture to a community college an hour or so outside New York City. I wore a pale blue suit, and as I walked down the long hall to my train I could feel my hands trembling. I stopped for a moment, watching the hustle and bustle as hundreds of people hurried along to wherever life was taking them.

I couldn’t ignore the overwhelming feeling that my world was about to change.

I felt like a child on his first day of school — I didn’t know what to expect, but I knew I’d be different by the end of it.

I gave a two-hour lecture that day for a small group of students. My hands shook as they gripped onto my notes as though they were an anchor keeping me attached to the ground. I stumbled my way through the speech, trying my best to not get my nervous sweat all over my papers.

The moment the lecture was over and the students came up to speak with me, I’d felt something I never really had before.

From that moment, I knew what I was here to do, and there’s a confidence that comes with that.

I’ve never understood when someone offhandedly says that “people never change.” From what I’ve seen, change is all we do.

That same day, I met Bee. She was one of the people involved in organizing the event — and though she had no idea who I was at first (even though my face was on the fliers she handed out), I felt a friendliness exude from her that made a wave of calm wash over me. I made an excuse to get her number and we started talking.

A few months later, I asked Bee to be my date for my company’s holiday party. I’d accidentally gotten a promotion without really trying, and my day-to-day job was taking more of a toll on me than ever. In the three months since my first speech, I’d spoken at colleges all over the country for hundreds of students, and I’d never been more motivated to continue my work.

She wore a long, elegant red dress. I wore a tuxedo with a cherry-red bow tie. We drank, we danced, we stood on a rooftop overlooking the New York City skyline as we huddled together for warmth.

That night was the second time I’d gone to Grand Central.

It was 1 am; we sat on the terminal’s stairs while we waited for our train to come. I told her how I was unsure about my job and that I didn’t know what to do, and she said she knew I’d figure it out. We drunkenly made jokes and ate chips in our black-tie outfits, and as we stumbled down the long hall to that same train, I grasped her hand tightly in mine.

I felt like a teenager at senior prom — happy in the moment, nervous about the unclear future, but never more filled with hope.

It would be another six months before I saw her again. Life took us in separate directions, for a while. In that six months she graduated from school and started working towards her career, and I’d just quit my office job to pursue writing and speaking full time, not to mention getting the procedures to remove all the excess skin. I was a month away from moving from New York to Minnesota, and we decided to meet again and grab drinks.

We laughed and joked like we used to, we talked about what in our lives had changed, and I still felt calm whenever I looked at her. I told her how I’d taken a huge risk by quitting such a good job and how terrified I was about what came next. She told me about how her life was slowly starting to come together in the ways she’d always wanted it.

When I offhandedly said, “after I move,” I felt her hand suddenly tighten in mine. I remember the sad smile she gave me. She was happy, but she’d just realized we’d probably never see each other again.

That evening, I went to Grand Central for the last time.

We walked the long hall, slower than we normally did. She hadn’t let go of my hand since we left the bar, not even for a moment. When we finally got to the train, she leaned up, kissed me on the cheek and said:

“Go change the world, OK? I believe in you.”

With that, she was gone.

I stood there for a long time, thinking about how different things were the first time I walked those halls.

In the year since I first came to Grand Central, I figured out what I wanted to do with my life. I decided to leave behind a long career that didn’t satisfy me. I decided to get up and leave the only home I’ve ever known, and my body was completely changed.

This woman who, at first was just a friendly stranger had become one of my biggest supporters and sources of motivation.

I felt like an adult for the first time: Things had changed completely before I’d even noticed them, and the time had come to leave certain parts of my life for the promise of newer and greater things.

I’ve never understood when someone offhandedly says that “people never change.” From what I’ve seen, change is all we do. Since life is such a gradual process that feels slow in the moment it can be impossible to see our changes as they happen — like watching the hour hand on a clock and not being able to see it move, even though you know time is passing.

Take these moments to reflect on who you’ve been and who you are. Think about what got you there, and where you think it’ll take you.

Never be afraid to stop and enjoy the moment you’re in, because it’s the last moments you have as the person you currently are.