Should You Take Anti-Depressants During Pregnancy? 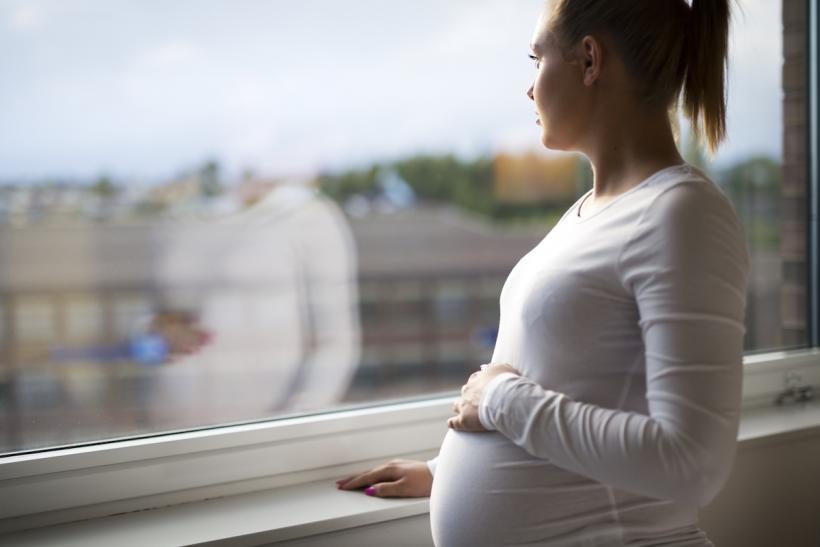 When my husband and I began trying to conceive, I was anxious about how my antidepressant medication would affect a pregnancy, especially after reading terrifying pseudo-scientific articles and judgmental, paranoid commentary lurking in The Seventh Circle of Hell known as mommy boards. "WHY WOULD YOU POISON YOUR BABY?," they screamed at me, "IF YOU ARE CRAZY, YOU SHOULDN’T HAVE CHILDREN!"

In a world that tells us daily affirmations, Cross Fit, and aggressive juicing will cure mental illness, I succumbed to this virtual shaming.

I wanted to do everything possible to ensure that a potential pregnancy would go smoothly and a future baby would be born healthy. And so, under the care of my regular psychiatrist and therapist, I decided to see if I could tolerate a life without Lexapro and Klonopin.

Four months after going off my medication, I had settled back into insomnia, depression, and anxiety. It was a state my body seemed joyful to reach towards; regulation was de-regulation.

Every waking moment was consumed with irrational, obsessive, racing thoughts. I stopped sleeping and felt hopeless. I cried and laughed at inappropriate moments. At work, I was sure my students thought I was losing my mind.

Was this my natural baseline?

Five years on medication and in therapy, and it was like someone had dropped me back in high school without any coping mechanisms. I felt betrayed by my mind. Even though I knew I wasn’t alone, it felt that way.

According to a 2015 CDC report, an estimated 15% of women in their reproductive years are on antidepressants. For the most part, these women made a choice, along with their doctors, to treat their mental health issues with medication, usually alongside talk therapy. They took proactive steps to keep themselves as healthy as possible, in a world that still inexplicably sees mental illness as a character flaw or as evidence of personal weakness.

If the risk of birth defects are low, as the research has indicated, why do many people still choose to vilify women who remain on their antidepressant medication?

While the CDC recently made ridiculously paranoid suggestions about alcohol consumption and pregnancy in the past year, their report on pregnancy and antidepressants is more measured and optimistic: the risk of birth defects is very low - much lower than previously thought. They also admit that more research needs to be conducted to decide whether or not its safe to take antidepressants during pregnancy.

While this report and other more recent research findings are buoying, the phrase “more research needed” is still terrifying when trying to navigate the already fraught cultural conversation surrounding pregnancy. For more answers, my husband and I decided to see a reproductive psychiatrist, a specialist who focuses on helping women manage psychiatric conditions during every stage of childbearing, from pregnancy to postpartum to menopause.

I don’t know what I expected. For the price we paid, I should have been floated into a lavender-scented office on rose petals and handed a cup of steaming Da Hong Pao. Instead, I twitched in a folding chair, as a seemingly disinterested doctor asked me a barrage of intensely triggering questions about my mental health history.

“Going back on your medication is ultimately your choice,” she said with a wave of her impeccably manicured hand. “A stressful pregnancy is probably more likely to affect the fetus than a low dose of antidepressants. Here, read these.”

She dropped a stack of medical journals in my lap. I did not make a follow-up appointment; I did go back on Lexapro and Klonopin.

If the risk of birth defects are low, as the research has indicated, why do many people still choose to vilify women who remain on their antidepressant medication?

In America, there are disturbing attitudes about both the sanctity of the fetus and mental illness that cloud more productive conversations about pregnancy and antidepressants.

Lynn Paltrow, executive director of National Advocates for Pregnant Women (NAPW) has identified a recent, disturbing trend: ”We are seeing an extraordinary backlash against women's equality and status as constitutional persons…[anti-abortion legislation is] providing the grounds for locking pregnant women up…it has long been established in the medical community that criminalizing addiction during pregnancy may actually deter women from receiving prenatal care, jeopardizing the health of both the mother and the fetus.”

Pregnant women are already heavily scrutinized and shamed for their choices, whether it’s drinking an occasional glass of wine or deciding to give birth at home. And in a country where it’s more important to punish a drug addict for using while pregnant than to get that person help and support, where you might serve jail time for feticide (as in the highly publicized case of Purvi Patel), this kind of logic is troubling.

I wasn’t taking illegal drugs, but I still worried that if the baby had deformities or health problems, I’d be blamed. Not thrown-into-jail blamed, but whispered about, pitied, and judged.

I spent hours on the Internet looking at pictures of microcephalic infants, infants with cleft palates, infants with missing limbs, infants with their organs on the outside of their tiny bodies. Bloated babies, shriveled babies, babies with holes in their faces. It was my own tortured hall of teratology.

We receive mixed cultural messages about antidepressants and pregnancy. Mothers are supposed to be selfless; they’re supposed to put their babies’ needs first. They’re also supposed to be hardy, healthy, ready to face any challenge.

It’s not selfish to take care of your health, and it doesn’t make you a bad future parent; it makes you a human one.

If you like this article, please share it! Your clicks keep us alive!
Tags
pregnancy
birth
medications
Depression
safety
baby
harm
birth defects