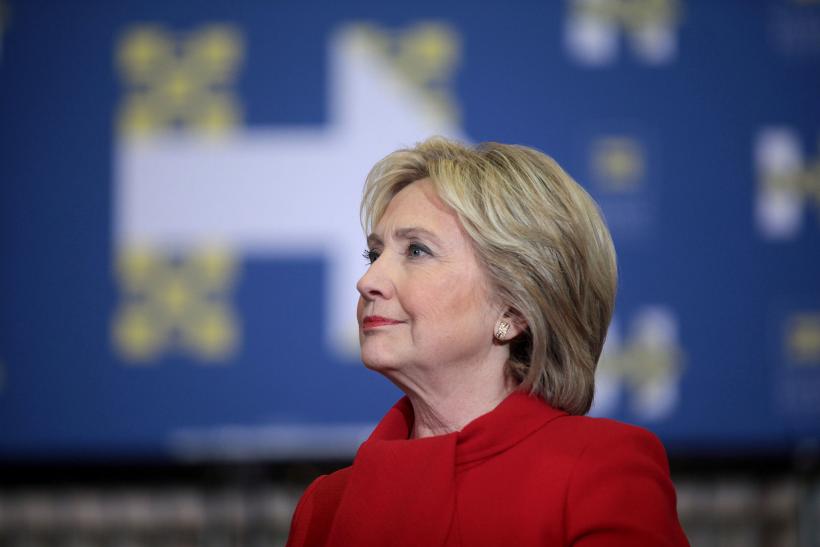 Are you a feminist still unsure about Hillary Clinton for president?

Up until recently, that was certainly me.

One of my major issues was how she attacked, lashed out, and dismissed the women involved with her husband’s infidelity. How, I wondered, could she do that? Why was her anger misplaced?

The more I thought about it, the more I understood though. She was likely angry at her husband, but kept that private. That’s not all though. Sometimes as women, we’re just trying to survive.

Now, as those opposed to her try to find any way possible to undercut Clinton, this argument is being trotted out increasingly. Look at what Bill did, they say. But he’s not running for election, we point out. Sure, but she’s not for women, she’s slut shamed and she has viciously attacked the women her husband took advantage of! She’s not better than her opponent, they claim.

Yeah, that sucks, we think.

Until the question: Any experience being a woman in a man's world? Every woman gets it, even those who would never vote for Hillary. We're told to be quiet, to support our men, to be wary of other women because they're after our man, that our worth and value and position come from men.

It is always fascinating to me that people will excuse what men do with a “boys will be boys” type attitude, yet when women forgive their husbands, defend them, and attack women with less vitriol than men, they are somehow demonized more than men who literally brag about sexually assaulting women.

We're told we're cute and kept around because we're nice to look at. We're patronized and sexualized at every turn. We're told if we're assaulted, it is our fault, if another woman is assaulted it is her fault. If a man cheats, it is his wife's fault AND the fault of the woman he cheated with. We are told these things by our fathers, our brothers, our husbands, our pastors, our teachers, our politicians, our law enforcement, our judicial system, our mothers, our sisters, our friends.

If we aren't quiet, if we dare exercise our talents and skills that take us outside of the kitchen and the bedroom, we're told to be careful. Told we can't have certain titles or positions. Told that our role is helping men fill their role better. We're told that is because we are dangerous, our bodies are traps, our mouths, our hips, our eyes, our legs, our butts, our breasts, and especially our vaginas are snares for the ones that truly have the power.

That by simply existing, we make those who are most powerful and most equipped fail.

Every woman must learn how to navigate that. For some, it is easy. For many, it isn't.

For most of us, it means finding and developing male allies. And not pissing them off. To step carefully, to speak softly, to agree... often. In fact, if there is one specific area we're passionate about and feel compelled to change, often we must sacrifice our voice and position on any other topic, just to hope to be heard on that one.

WE MUST PLAY THE GAME.

I know this well. Most women do.

Some women don't even realize that they know the game so well, they are entrenched and defending it all while saying they've never experienced it.

Sometimes this means we will comply and throw other women under the bus. We will cover for the "sabbatical" of a pastor, the abuses of our husbands, the abhorrent words of our fathers, the lies of our bosses. Why? Because we are trying to survive, and our best chances of survival are by aligning with the powers that be.

On the off-chance that maybe, someday they will listen to our voice, and that one area we are compelled to address may finally stand a chance of change. Our souls, our bodies, our minds, and yes, often our hearts, is the price we pay in exchange.

I take huge issue with how Hillary treated and spoke of the women her husband cheated on her with, and whom he took advantage of. It angers and disappoints me immensely, and is one of the many reasons I have thought long and hard about voting for her this election.

I get it too. I've personally put up with and said things I'm not proud of about other women, because trying to survive as a woman in a patriarchal system sometimes means you align with the powers that be. Is that a good thing? No, I don't think so. But I've grown and am stronger now than I was then.

It is always fascinating to me that people will excuse what men do with a “boys will be boys” type attitude, yet when women forgive their husbands, defend them, and attack women with less vitriol than men, they are somehow demonized more than men who literally brag about sexually assaulting women.

All because we’re just trying to survive.

I cannot approve of nor fault Hillary for doing what strong women with ambition and leadership capabilities have known for hundreds of years: to survive in a world dominated by men, sometimes you find yourself picking your battles and aligning with the very ones that would wage war against you.

If you like this article, please share it! Your clicks keep us alive!
Tags
Hillary Clinton
Gennifer Flowers
Juanita Broaddrick
feminism