Why Spouses Shouldn't Be Off-Limits In Politics 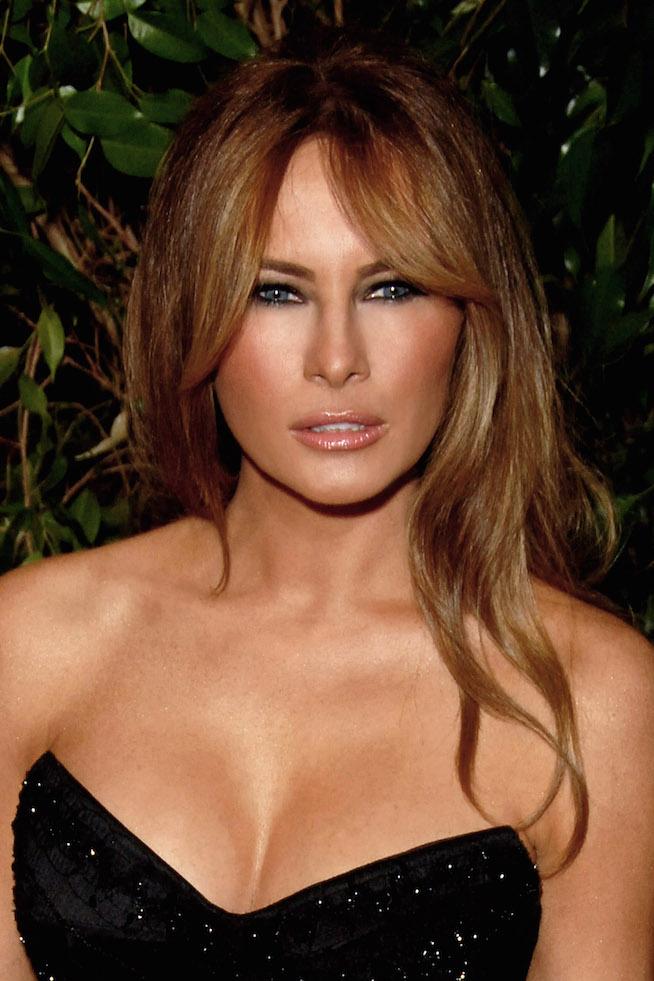 What should presidential candidates talk about?

Many topics. A range. A multitude.

But all relevant, worthy ones fall into two categories:

Obvious, right? What would potential POTUS So-and-So do about Education, what is her approach to national security, what are his views on Wall Street, what does she plan to do about unemployment, etc?

When Americans pick a president, they are looking for someone who is right for the moment. A person who speaks for the time, who is equipped to react and respond accordingly.

Viewed from this angle, Donald Trump makes a tiny modicum of sense (one, singular, miniscule sense-speck). The world appears in a state of dangerous upheaval, and all the old farts seem woefully incapable of stepping up and doing the gritty work to keep Americans safe and prosperous.

Fine. Or not. But either way, that primal reflex for a strongman does not excuse one American voter from the grievous error of overlooking all the flaws in Donald Trump’s 1) policy and 2) broad range of personality deficits — even outright moral bankruptcy.

Look no further than his continuing insistence that Corey Lewandowski, his campaign manger, did not assault a female reporter. Even when said reporter, surveillance video, and local authorities all say that Lewandowski did exactly that.

Or do. Do look further. Look to Trump’s willingness to mock a disabled reporter. Look to his slew of nasty comments about women. Look to his winks and nods to racists and racist views.

But one question still poses a dilemma for Americans and the media: Should we peer in on a candidate’s spouse?

A super PAC supporting Ted Cruz aired a controversial online ad in Utah prior to that state’s Republican primary. It features an old photo of Melania Trump (The Donald's third wife) posing nude on a bearskin rug.

The message: Meet Melania Trump. Your Next First Lady.

The subtext: Mormons, you know you hate this.

With the understood caveat that nothing in politics qualifies as “fair,” the reality of this particular ad seems totally fine to me. Here’s why:

Voters deserve to know what they’re getting in a president, and who a person marries says a whole lot about said person. Think of your own friends and family. Chosen marriage partners don’t happen in some accidental vacuum.

So if your wife was a nude model, voters have a right to know that. Whether or not they should care about that particular choice is another subject. The fact is, they do care. For a great many Americans, Melania Trump’s former modeling career poses an ethical problem.

You don’t have to agree; I’m not sure it matters at all. But a president represents all Americans, and that that includes the many millions of Mormons voting in Utah. If they want to hold Melania’s willingness to get naked against Trump, so be it.

Ask Marco Rubio about how one vote to give illegal immigrants a path to legalization can be held against someone.

Ask Hillary Clinton about how supporting a philandering husband can be held against someone for decades.

Ask Jeb Bush how having family members who previously held the White House can be held against someone forever.

Maybe these are fair criticisms, and maybe they’re not. The role of the media and campaigns is not to moralize — it’s to report facts. Voters decide how much those issues matter.

My opinion is that spouses are fair game — and that goes for all spouses. These are adults who knew whom they were marrying, and were presumably on the same page when they agreed to campaign with said spouse.

It should go without saying that children are not fair game, and should be left entirely out of political campaigns. But since Donald Trump is still in this race, let’s end by spelling it out:

What are your feelings on this complicated topic? Comment below...