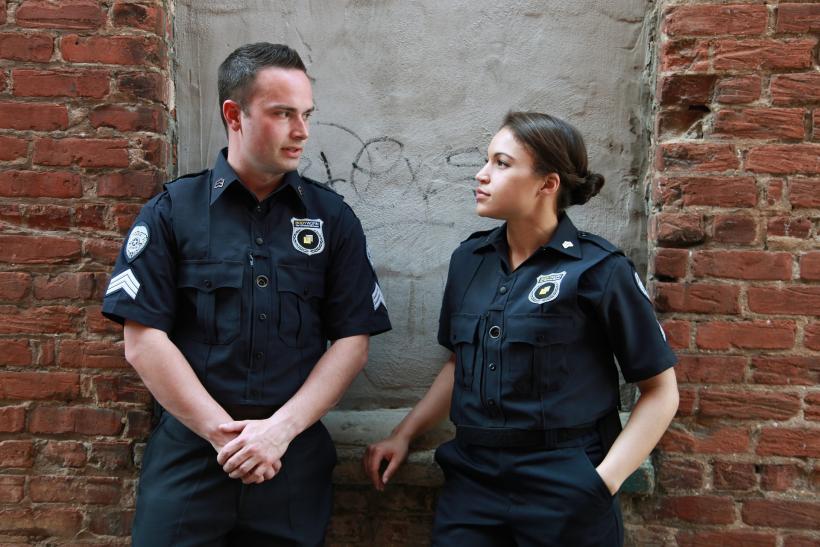 All police officers, no matter how well intentioned, live in — and are affected by — a society rife with racism and ableism. Image: Utility_inc/Pixabay.

Awareness of the number of Black people who die at the hands of police is rising, and more questions are being asked about what can be done to prevent these unnecessary, unjust deaths — and what can be done to deal with officers who inappropriately use force, including deadly force.

We are being called to deal with the racism that underlies so much of this, and the fact that oversight of the police is often left to the police themselves, and to the prosecutors who depend on the police to get their convictions.

Groups like Black Lives Matter and Campaign Zero are working tirelessly to deal with these issues (and to remind white people that it’s our responsibility to dismantle racism).

A major barrier is the persistent argument that the police shouldn’t ever be questioned.

Instead, we are told, any and all police actions should be considered right and just, or at the very least excused because it’s a difficult job.

This takes many forms: Often it’s comments on social media like “being a police officer is a difficult job,” and “police officers have to make difficult split-second decisions,” and “we need to support police officers” (and those are the comments that don’t suggest that racism and stereotypes are justification enough for police brutality).

To read these comments, you would think that it’s reasonable for every other job in the world to be subject to review and disciplinary action — except the job in which employees are issued firearms with authorization to use them to kill people.

Let’s use a recent example from Miami.

Arnaldo Rios, a man with autism, was about 600 feet from the group home where he lives, sitting on the ground and playing with a truck. Charles Kinsey, his behavioral therapist, was trying to bring him back to the group home.

Police were on the scene and cell phone video shows Charles comply with their requests — lying on the ground on his back with his arms up and yelling to officers, “All he has is a toy truck in his hand. A toy truck. I am a behavioral therapist at a group home… That’s all it is. That’s all it is. There is no need for guns.”

At that point, SWAT officer Jonathan Aledda opened fire with his assault rifle. He shot three times and one of the bullets hit Charles in the leg.

According to Charles, when he asked Aledda why he shot him, the officer replied “I don’t know.”

Officers then flipped both men onto their stomachs and handcuffed them, letting Charles lie in the street, bleeding, for about 20 minutes in the Miami heat until emergency help arrived, and further traumatizing Arnaldo.

The story the police told after the fact was that they received a 911 call about a man threatening to commit suicide with a gun pointed at his head (the actual transcript reveals that the caller alerted the dispatcher that the man might be mentally ill and that he might not have a gun).

At that point, I saw some of the same people who would demand that their barista be fired for giving them two pumps of hazelnut syrup instead of three trying to justify or excuse this all over social media.

We need to admit that there is a problem and put as much effort into solving it as we do into making excuses and making up stories about how Black people and people with disabilities are at fault when they end up injured or dead at the hands of police.

One person said that, even though the officer was SWAT (Special Weapons and Tactics) trained, he couldn’t be blamed for being a bad shot because the police department doesn’t pay for ammunition to allow officers to practice shooting.

But often the comments were even more generalizing: some version of, "well, being a police officer is hard, and they have to make split second decisions."

Now, I believe there are many good police officers, and I have tremendous respect for them — it is a very difficult and dangerous job, and it does require officers to have the ability to make good split second decisions.

None of that should mean that it’s OK to be incompetent, or that we should all rush to justify, ignore, or excuse incompetence, racism, ableism, and the inappropriate use of force.

Even if you believe the police version of the story, it doesn’t mean that the issues with this situation shouldn't be addressed. In the most “flattering” version of the story — the version that suggests that somehow racism and ableism were not an issue in this situation — a specially trained SWAT officer was not able to tell the difference between a toy truck and a firearm, was not able to process the information being given to him that the man had a toy truck and not a firearm, and couldn’t hit the broadside of a barn with his assault rifle — missing a fairly stationary target three times and shooting the person whose life he claims he was trying to save (not fatally, which would seem to be out of pure luck).

So even if someone refuses to see how issues of racism and ableism affected this situation and must be addressed, they should at the very least be able to admit that there are other problems with this situation.

We can't just give this guy some paid time off, then shrug our shoulders and say, "Well, what are you gonna do?" and send him back out there with an assault rifle and a prayer.

Of course, that's if you believe this story — and I emphatically do not — especially considering that the shooting officer told both Charles and another officer at the scene that he "did not know" why he shot, and that Police Commander Emile Hollant has been suspended without pay for giving conflicting statements to an investigator.

Just a reminder that the officer who did the shooting is a SWAT team member who claims that, despite the fact that there is a video in which Charles was lying on the ground with his hands up yelling that Arnaldo was a patient of his who had a toy truck and not a gun, and that no guns were necessary, he determined that Charles' life was in danger and opened fire with his assault rifle.

This SWAT officer proceeded to miss a fairly stationary target three times, instead shooting the man whose life he claims he was trying to save. And after this, police handcuffed both men (yes, including the guy whose life the officer claims he thought was in mortal danger just seconds before), leaving a shooting victim bleeding in the street for 20 minutes.

Also, all police officers, no matter how well intentioned, live in — and are affected by — a society rife with racism and ableism, and that must be addressed, too.

Police officers need to start admitting their mistakes, and asking for additional training (and money for ammunition if need be). We all need to be honest that racism and ableism among the police (whether they are intentional or the byproduct of living in a racist and ableist society) are problems that lead to tragic, needless, unjust loss of life and that they can and should be addressed.

We need to admit that there is a problem and put as much effort into solving it as we do into making excuses and making up stories about how Black people and people with disabilities are at fault when they end up injured or dead at the hands of police.

Here is some suggested reading to get educated and get involved: