What Learning About Death Taught Me About Life 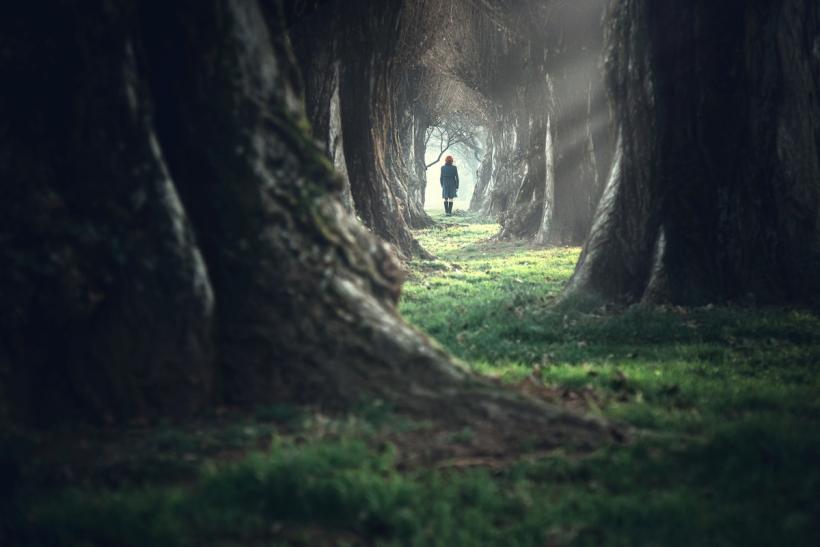 Just like getting in that car with a stranger years ago, I don’t know where this path I am on will lead me.

This article originally appeared on Role Reboot and has been republished with permission.

Sometimes, spending a day in a car with someone you’ve never met can not only change how you think about death, but also change how you live your life.

Years ago, I was driving to another city to attend a board meeting for a national reproductive rights organization. The Executive Director asked me if I could give another volunteer, a person I’d never met, a ride. I groaned and hesitantly agreed. I’m friendly and extremely chatty, but I’m always fearful of having to be charming for any length of time, let alone with a stranger, let alone in a car for 16 hours together.

But within minutes of meeting Jessica I realized I’d found a kindred spirit. We shared many of the same values around social justice, sexuality, and feminism. During that car ride, as we talked about the pro-choice movement, she told me about a pro-choice organization in the dying with dignity movement. The more we talked about choice and aid in dying for people facing serious illnesses, the more I wanted to know.

Because of Jessica, I got involved in that end-of-life choice organization. The knowledge and volunteer training I’ve received through them fundamentally changed my understanding of death, the systems around it, and gave me a passion for changing culture around death, loss, and grief. I learned what active listening is, and how to be present in a way I had never before understood.

Now, four years later, I dedicate volunteer time to end-of-life choice and advocacy, and am a thanatology student (death studies) working toward death doula certification. Death doulas, like birth doulas, are guides to support individuals, their loved ones, and care providers at the beginning or end-of-life transition. Abortion doulas perform the same function. I have also hosted a Death Cafe, a global movement of individuals hosting informal discussions, working to increase awareness of and prompt thoughts about death. Plus, there’s cake.

These movements cover similar aspects of issues around equity, health, authentic choice, access, and bodily autonomy. The social change that has been created has often come from grassroots, community-based initiatives driven by passionate individuals working together. It’s often a taking back of power.

Allyship is fundamental to each, and how you show up in those spaces is equally important. By decentring ourselves, and centring the person experiencing a need, we can help change problematic approaches to complex issues. We continually need to educate ourselves, listen to and respect the needs of others, and provide wraparound support to them as well as the people in their lives.

Being part of the dying process and loss is never easy, nor should it be. For people who are dying, their needs can get lost in the mix of the opinions, beliefs, and needs of others, including healthcare practitioners. Our culture and institutions often see death as “failure.” We promote anti-aging everything, and institutionalize, disconnect from, and make invisible the mortal and the vulnerable, which makes accepting and coping with loss even more difficult.

Death is the one thing that connects us all, and yet, it is one area in which we are least prepared. Further, the paternalistic, patriarchal, consumerist nature of cultural, healthcare, and legal systems dictate how we begin, live, and end our lives.

What I love about the feminist and death preparation movements is that they challenge those systems on multiple levels.

They encourage literacy, allyship, community, action, intersectionality, advocacy, and collaboration. There is incredible compassion, and yes, humor, embedded within each.

My best lesson in how to show up for death came from a feminist mentor, Bev. She was my CEO at a national feminist organization I worked for. In 2013, our colleague Barb had cancer and was facing her final years. She was intensely private and fairly isolated in later life. Bev, as Barb’s primary caregiver, pulled together a team among us for everything from paying bills to maintaining Barb’s manicures. Because of Bev, Barb blossomed in the love around her in her final years. I learned which kind of socks she preferred, and discovered she loved Tiger Woods. She was seen, heard, and her wishes respected. Barb had finally let us into her life, only to then be leaving it.

She passed away at a hospice, quietly, after the nurse stepped out briefly. I was grateful, as she seemed to go on her own terms. When she died, a couple of us came to say goodbye.

We sat on a couch beside Barb’s body. Bev was sorting through Barb’s purse and the hospice nurse came in to say the doctor would be in. When the nurse left, Bev turned to Barb and said: “Great, she probably thinks ‘Your body’s not even cold yet and they’re already stealing your things!’” We laughed through our tears. It was beautiful.

Just like getting in that car with a stranger years ago, I don’t know where this path I am on will lead me. But the inspiration and teachings from those in both the death education and feminist communities I am part of have improved the path I see for myself, and for others. I am less fearful (as much as one can be about the unknown). And I know that if I can try to help others to become more informed and less fearful about death, we can live better lives.

If you like this article, please share it! Your clicks keep us alive!
Tags
death
dying
feminism
human rights
end of life care

What Learning About Death Taught Me About Life
Leigh Naturkach