Reckoning With Grief In The Wake Of A Suicide 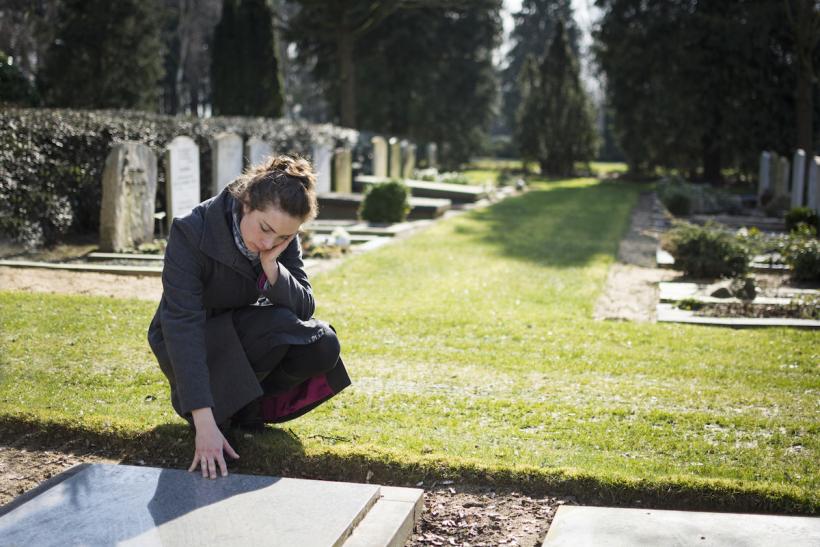 It’s been ten years, and I’m still reckoning with his death

Death, we know because it’s drilled into us from an early age, is a natural part of life. We’re gently assured that the best and worst of us pass away. We’re reminded that nothing in life is a guarantee, and we’re typically accustomed to losing a grandparent or two before we get too long in the tooth. We’re taught that weathering the losses of those around us is an inevitable task to conquer time and again; but are we taught well about coping with grief?

The first grandparent whose death I lived through was my maternal grandmother — a wiry Toronto-Blue-Jays-loving firecracker of a woman, whip-smart Director of Nursing at the hospital she worked at, and one of this world’s original Nasty Women. She taught me that Orange Crush is the nectar of the gods, that using her diabetic finger-prick machine to become blood sisters with my cousin wasn’t worth what we could only assume was horrendous levels of pain, and that I could learn to knit perfectly well by sitting next to her — twirling bubble gum around my finger while she did all the knitting herself. (I realized in later years I’d have to sit at the feet of my mother to learn all over again, Bubblicious be damned.)

In the wake of a significant loss, we take what we’re given, and we’re called to create something of it — to march on exactly as fervently as we feel we can.

I was 14 when she died. I remember her like the back of my hand, but I was a young teenager with a mouth full of braces and a head full of marbles. I mourned her loss, but the effect that her absence had on my life dulled with time. Twenty years later, I still wish desperately for her presence on this earth, although her death doesn’t sting in quite the way that it surely would have if I’d lost her as an adult myself.

What I didn’t know at the time was that her death would mark the beginning of a series of losses that would dot the years of my life like ugly confetti. Two years later, we’d live through the death of my 11-year-old sister’s best friend in a freak school bus accident. And not one month after that, thrown at me was the loss of five friends in one fell swoop, after a massive 16-person, five-vehicle crash on a two-lane highway in the middle of the night — after we’d been set loose from the 11th grade in the summer of 1999.

Though the losses of friends, peers, and loved ones littered my life sporadically, nothing could ever have prepared me for when one of my dearest friends took his life when we were 25. A decade later and I still feel stuck. I still curse the ground he no longer walks on, I still beg him to rise when I see him in my dreams, and I still hang on to every last memory, every last shared moment, and every last crumb of his life like my very existence depends on it.

Death is inconvenient. It’s disruptive. It breaks into our daily routine.

It turns off the alarm we’d set for ourselves before our morning meeting, it empties out the contents of our dresser drawers all over our bedroom floor, and it burns the meal we had baking in the oven. And the grief we’re left to wrestle with envelops us and robs us of all the strength we desperately try to conjure up when we’re called to fight. It cloaks us in a dark wool blanket at noon on a sunny Saturday. It tears us slowly to shreds. Grief leaves us padding around in our slippers and housecoat when we’re in the middle of downtown. It means getting lost in space and time when we’re supposed to be focusing on a task. It is staring at a stranger for an inordinate amount of time before we realize we’re even doing so.

Nathan. My friend’s name was Nathan.

I beg him to stop being someone who exists only in photographs. I run my finger along the piece of paper I have that he wrote on, feeling the indentations of his name pressed deeply into it. I take out the key to the safe in which I keep the sound of his laughter, and I conjure up the memory of that blessed sound. I try to focus on the good — on the joy, the laughter, the mundane moments, and the beautiful ones alike. But in his empty absence, I find myself fixated on his end. I condemn his lonely, calculated, and tortured move to an eternal closing — a move of desperation, of sleep deprivation, and tortured despair.

It’s been ten years, and I’m still reckoning with his death — with my feelings of anger, of sadness, and desperation — as I navigate the hallways of my heart, searching for a place in which to let my grief settle for the duration of my days.

In the wake of a significant loss, we take what we’re given, and we’re called to create something of it — to march on exactly as fervently as we feel we can. But, well, what do we make of dark absence, of a hollow cavern of pure nothing? I suppose we’re called to clamber up the mountain with only the supplies we’ve got left and to fight tooth and nail to make it safely to every ledge we can find along our way. We marvel at what joy we encounter, which etches itself in the soft wrinkles formed at the outer corners of our eyes. We bless our grief and the way in which it has changed us — each instance in which it has both hardened and softened our hearts — and we survey with love our furrowed brows and sloped shoulders, which tell a thousand tales.

If you like this article, please share it! Your clicks keep us alive!
Tags
suicide
loss
grief
grieving
death