Ask Erin: How Do I Tell My Pregnant Girlfriend That I Got Another Woman Pregnant? 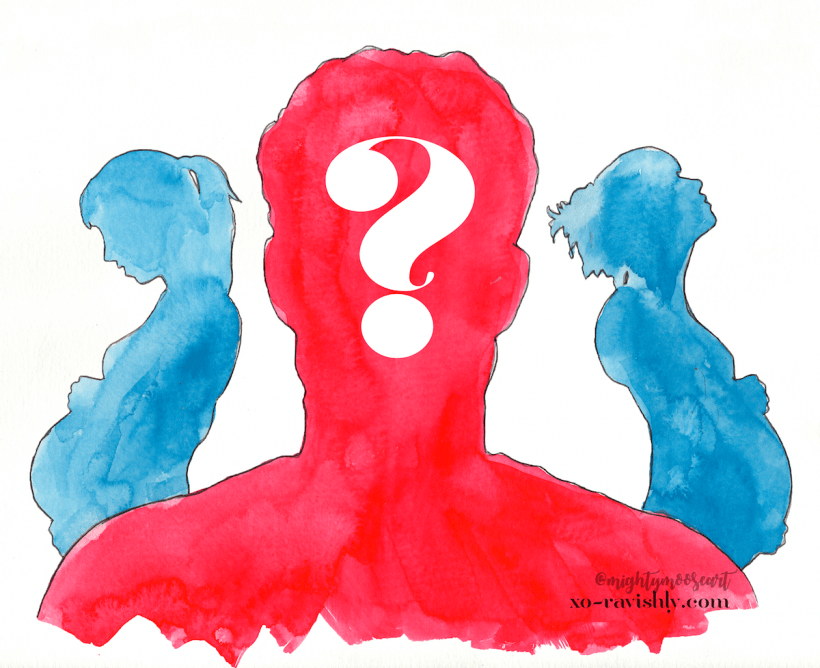 Walking around with a secret is bad news for everyone involved.

I am in a really messed up situation, and it is completely my fault.

My girlfriend and I have been together for two years, off and on. She is five months pregnant. While we were broken up for a couple of weeks (she was already pregnant, but we didn’t know yet), I was sleeping with a woman who I have had on and off relations with. I found out a few weeks ago that she is also pregnant.

To say I was shocked would be an understatement. I don’t know what to do. She was going to have an abortion, and now she has changed her mind. I am freaking out. I can barely handle the thought of becoming a father to one child. But, two????

I am not trying to pressure her as to what to do, but I am going out of my mind. How the hell am I going to tell my girlfriend? Things had FINALLY been going smoothly between us. I don’t want to ruin what we have, and I am scared because I know she is super hormonal now, too.

Should I wait and see what happens with the second pregnancy? Or should I come clean to my girlfriend now? And how do I tell her? Should I sit her down and tell her or write her an email. I am desperate here. Please help.

Dude! With all of these “accidental” pregnancies, I’d like to point out the obvious — HAVE YOU HEARD OF CONDOMS?

That said, what’s done is done. And you need to be a grown up and take responsibility for both situations. As you said, you have no say in what woman number two decides about the fate of this pregnancy. What you do have control over is how you handle yourself with both women.

First, tell your girlfriend. Tell her soon and tell her in person.

It is AWFUL to learn about shocking news like this second-hand. And, I speak from personal experience.

When I was pregnant with my son (14 years ago! WTF!) and newly married, I opened my laptop one afternoon and found that it was open to my then-husband’s Hotmail. Like many a criminal, he set himself up to get caught. He had used my computer and left it open on an email from a woman he had continued sleeping with when we were engaged. She was pregnant. In the email, she was adamant that she was not having an abortion.

Blindsided is putting it mildly. Although the other woman did not end up keeping the pregnancy, the damage to my marriage was irreparable (it was on shaky ground, to begin with). However, had he come to me with the truth, although still awful, it would have been a little less painful.

And better to own it now, and deal with it, than have it come out and destroy everything because you’ve added lie upon lie on top of it.

Even if this second woman does not keep the pregnancy, you owe your girlfriend the truth. In your case, you were not cheating on her, as the impregnation occurred when you were apart. She will likely be upset, confused, etc. But, I believe that the truth is your only hope of building a lasting relationship with her.

You asked how to tell her. Yes, sit her down, and just get to the point. Don’t make it long and drawn out, so she has to sit there wondering what bomb you’re dropping. DO NOT do this via email.

No matter how uncomfortable the discussion is, you will feel an overwhelming sense of RELIEF.

Walking around with a secret is bad news for everyone involved.

Now, regarding mademoiselle deux, you are to be supportive and there for her, no matter what she decides. I am assuming she knows that your girlfriend is also with child. If not, tell her.

And, whether you are becoming a father to one or two, be there. Be there for the mothers of your children, be there for your kids.

And please, please, in the future…USE A CONDOM.

If you have a question for me about relationships, boundaries, sex, CONTRACEPTION, Blue Chalcedony, telling the truth, Riverdale, reproductive issues, or anything at all, use the contact form below or email me at rarelywrongerin@gmail.com. As always, your anonymity is golden. xoxo