Social Anxiety And The Highly Sensitive Person: A Reflection 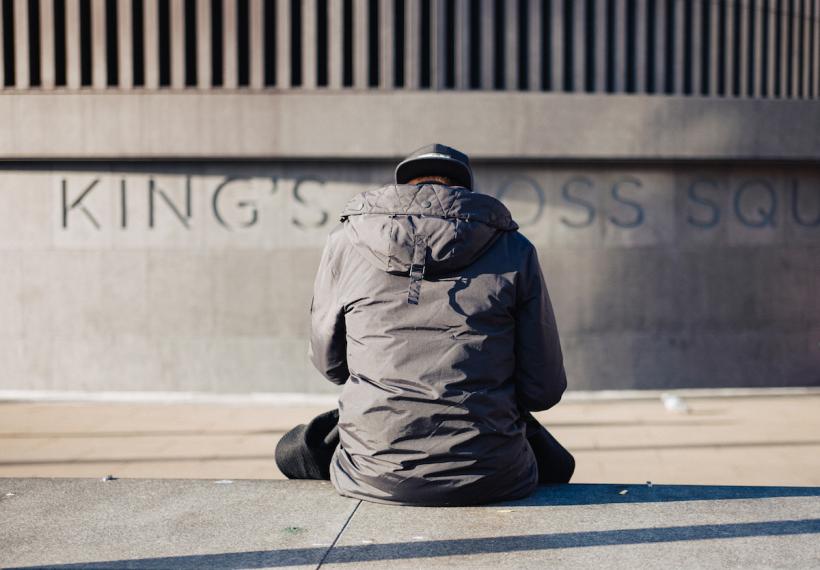 The more we fake it and hide behind smiles, the more we have the need to do so to keep from stepping out of line. (Image: Unsplash/ Clem Onojeghuo)

This article origianlly appeared on The Good Men Project and has been republished with permission.

I recently posted a meme on my personal Facebook account admitting to having an anxiety disorder. I prefaced it with a paragraph of neurotic text criticizing the meme for being the wrong color, then faux-mocking myself for the meta-criticism.

I am a highly sensitive person with social anxiety. I use humor to deflect from dealing with this honestly. I am seeking to change that.

Social Anxiety is a psychological condition involving an extreme preoccupation with the judgments of others. In my case, that means I minimize how much I put myself into situations where I might need to interact with people. When I’m at parties, I often find myself worrying about what others are thinking, second-guessing what I say, and dwelling on mistakes I make.

I’m better than I used to be. I hit my bottom several decades ago. My life partner was out of the country for a few months doing her graduate work, and at one point I realized that I’d spent about a week without leaving the apartment. I was living off food in the freezer and delivered pizza, and spending most of my time on an Internet chat board.

I’ve had four therapists for different conditions, but the most effective one was the therapy for social anxiety. My therapist told me that, traditionally, people who were both anxious and depressed were generally seen to be depressed, with the anxiety following. Her experience and research told her that it could be the other way around: That some people get depressed because they can’t overcome their anxiety.

I was in group therapy for several months, and then went into individual therapy. It helped tremendously, but I did eventually reach a place where both she and I felt I wasn’t moving forward with the current process.

I still struggle with making and keeping friends.

I don’t like to go out to social events, particularly in bars. I put off making phone calls, because I fear conversations spiraling out of control and because I don’t know how to end calls gracefully. But I do what I need to do to get through the day, which has not always been the case.

My father never received treatment. He didn’t believe in it, even though his training as a minister included the study of mental health issues. He was also raised to never show emotions around his sons, so we saw a lot of his rage but not much else. I heard him cry once, after my parents had had a fight, when he thought we were asleep.

I felt more connected to him then than I did for most of my life. I wanted to say something, but I knew that I couldn’t, not then, and not later. I sat in my bed at the top of the stairs, listening to him at the bottom, and we never spoke of it.

But when I told my father that I had social anxiety, as an adult, and he responded in a way that told me that I could have received treatment earlier, I felt betrayed. I felt that he had failed in his role as a father, to have let me go for so long without that honesty.

Fathers, do not do that to your sons.

I am also a Highly Sensitive Person. Highly sensitive persons get labeled in ways counter to the way boys are supposed to be:  shy, introspective, prone to soft emotions. These traits also make us more prone to PTSD, social anxiety, and other anxiety disorders. Boys aren’t supposed to cry, so male HSPs can be especially vulnerable.

Humor, though, is safe. The repeated culture message is to deflect any real male emotion (other than rage) with humor.

I have generally struggled with relationships with males. My high sensitivity leads to a softer view on the world than men are trained to have. My social anxiety gets in the way of friendship in the first place.

My intelligence, though, gives me a quick wit. This was an in for friendships: I could be the clown, the jester. Even among enemies, my self-deprecating humor could short-cut their attacks. How do you mock someone who is already mocking himself?

Humor is a common defense mechanism; many of the greatest comedians are deeply troubled emotionally.

I had a male friend tell me: “You know, Paul, you’re great when you’re funny, but it’s just too depressing to be around you when you’re sad.” I had a male friend get me drunk because he’d heard I was funny that way. After a while, I felt that my friendships with males were defined by my ability to make them laugh.

I see it as an emerging behavior in my seven-year-old son: Whenever he’s challenged on something he says, he’ll claim, “I was only kidding.” It’s how he tests whether his feelings will be validated. It’s the cave we’re taught to retreat into when our emotional needs are questioned.

Using humor to dodge emotional honesty is a shield, and shields can become walls.

Sometimes I feel like I walking in a testudo of one, with all my shields.

I do not use humor to deflect as much as I used to. For one thing, I’m tired of the pretense. For another, I don’t like seeing the behavior in my son, and want to discourage it through modeling.

Instead, I want to be more honest and direct. I have a lifetime of subterfuge, with only some windows of clarity. The only way to end the stigma, though, is for us to come forward and firmly admit: We’re #NotWeakJustHuman.

If you like this article, please share it! Your clicks keep us alive!
Tags
anxiety
social anxiety
mental health
PTSD