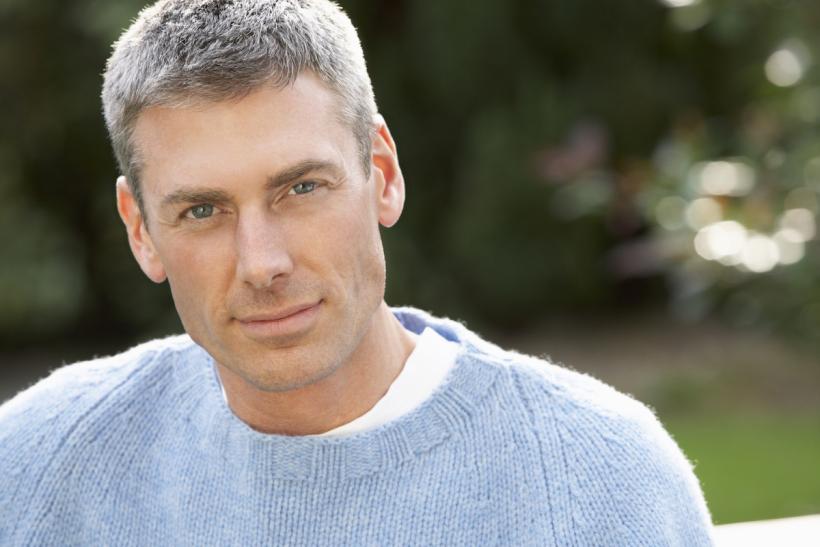 When we conclude that “toxic masculinity” and “masculinity” are synonyms, we remove the ability for men to have a clear identity.

Last year saw the election of a President seen by many people as representing some of the worst aspects of what it means to be a man: Sexually aggressive (in word, at least), dismissive of women, bullying the vulnerable, and aggressive towards criticism. In the wake of his election, many people engaged in the conversation of rewriting masculinity despaired that it symbolized a step backward in that evolution.

This is the past, though. We can either sit back and mope, or we can stand up and dedicate ourselves anew to the task at hand.

My starting point: What could positive manhood look like?

Recently, the phrase “toxic masculinity” has emerged. I often see this being used interchangeably with “traditional masculinity” (or even masculinity in toto). This conflation is missing a significant linguistic opportunity.

If there is such a thing as “toxic” masculinity, this implies that there is also such a thing as non-toxic masculinity. What is that? Or is any characterization of positive traits as being “male” or “female” inherently problematic—should we instead be looking for gender-neutral traits as positive?

As a Highly Sensitive Person, I have long struggled with my identity as a male.

Even setting aside the most toxic aspects of traditional masculinity, it appears to be at odds with sensitivity and empathy.

I think that’s a superficial assessment, though. Consider John Wayne, the pinnacle of Hollywood’s vision of Traditional Masculinity (“Walk like John Wayne”).

Growing up in my family’s household, I was discouraged from watching John Wayne movies, since he solved everything through violence. I wasn’t into Westerns anyway; Batman and science fiction were my thing. As a teen, though, I was exposed to quite a few Wayne films, and saw a more complex perspective.

Sure, John Wayne’s characters avoided crying and visibly dealing with their emotions. In “The Quiet Man,” Sean Thorton struggled with his new commitment to pacifism; ultimately, he resorted to a physical solution. In “True Grit,” Rooster Cogburn was gruff, condescending, and distant. In “Big Jake,” the running gag is other characters saying, “I thought you were dead,” due to his reputation for getting into fights. When Kurt Russell reinvented himself as a tough guy actor in John Carpenter’s ultra-violent “Escape from New York,” his character had Cogburn’s eyepatch and Big Jake’s joke.

At the same time, though, these three roles show the violence of traditional masculinity being used in the service of the vulnerable. Unlike Russell’s Snake Plissken, who retrieves the President from the high-security Manhattan Island prison for completely personal reasons, Wayne’s characters put themselves at personal risk to protect other people (a woman, a teen, and a child, respectively).

I am not condoning violence. The goal of an evolved society is to find ways for people to live together peaceably. I am noting that one difference between traditional and toxic masculinity is the reason for the violence.

In our new vision of manhood, let’s not throw out the baby with the bathwater: Violence is best avoided, but defending others is a valiant goal.

Traditionally, gentlemen walk between women and the traffic, open doors, and provide assistance with mud puddles. These are some behaviors that critics of feminism bring out as decent things men are supposed to do.

This is a valid criticism. Holding doors for other people is a decent thing to do, but a man holding a door for a woman does imply something patronizing. The word “patronizing” itself derives from the Latin word for “father”: It’s something that older men do. We mansplain. We problem solve, even when we’re not asked to do so.

At one point in the past, these gender distinctions may have served a purpose: Having one gender generally dedicated to hunting while another is dedicated to raising the family was useful. Also, because females of most species do far more work in the process of birthing children, males are driven to compete with each other for the right to reproduce.

But even that narrative is challenged by emerging perspectives, while some feel that behavior of early humans was not largely differentiated by gender, and that the differences that we see now are rooted in more recent agriculture-based developments.

Regardless of their origins, though, it’s not clear now how a strong gender distinction still serves us.

If that’s the case, what’s the point of even retaining concepts of “masculine” and “feminine”?

There was a time in my life that I would have used this reasoning to reject those notions entirely. Now, I’m more inclined to think that the distinction between gender and sex is appropriate. The concepts of “masculine” and “feminine” can be repurposed away from traditional anatomy-based buckets and towards the archetypes traditionally associated with each.

Language gets in the way: On the one hand, rather than “masculine” and “feminine,” we may be better off speaking of “protectors” and “nurturers.” On the other hand, though, boys in our culture continue to receive messages drenched in the toxic perversion of traditional masculinity.

The desired endpoint may be to get rid of anatomy-based distinctions entirely, and allowing everyone to choose the social roles and identity best suited to themselves. We can keep the best aspects of “traditional masculinity,” such as leadership, strength of purpose, protectiveness, and a willingness to do what’s right despite its emotional cost, while not equating that model with anatomical men.

But even with that goal, the road is different for boys and for girls.

As we work towards liberating all people from the shackled expectations of genitals determining gender roles, we should also provide a healthy model of masculinity, instead of leaving the concept of “masculinity” to continue to become increasingly toxic.

After all, as Toni Airaksinen writes, “Teaching men that the core of their identity is somehow rotten isn’t productive.” When we conclude that “toxic masculinity” and “masculinity” are synonyms, we remove the ability for men to have a clear identity.

This is the first of January, a day for looking forward and setting new goals, and for setting aside old ones. Let’s dedicate ourselves anew.

If you like this article, please share it! Your clicks keep us alive!
Tags
toxic masculinity
masculinity
gender
men
cisgender men