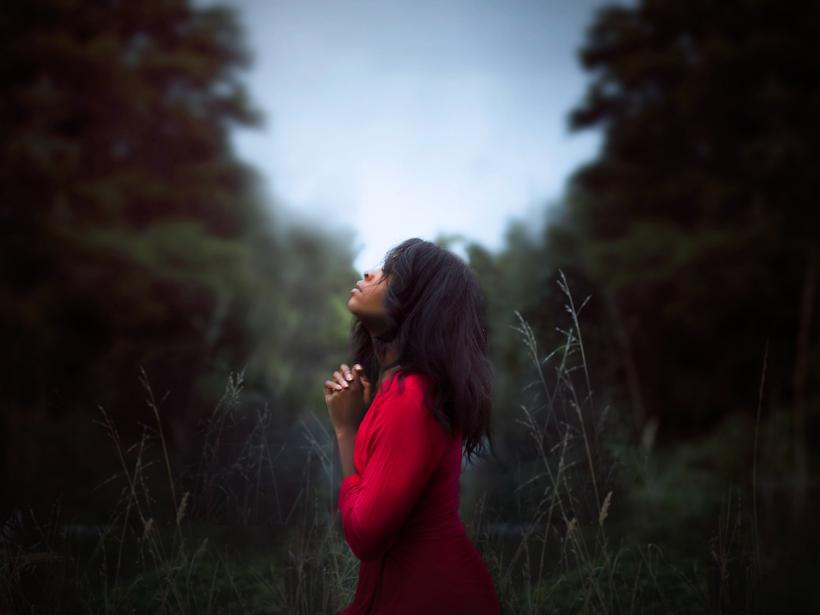 I first felt the conflict of having my gender identity supported but my cultural identity suppressed when I took my introductory class on feminist history. Though there were many clashing moments, the most significant was related to religious theology.

The patriarchal traditions of religion often cause feminist to abandon the concept. But for women of color, it's not that simple. Historically, spirituality has shaped an integral part the Black Female Identity. And having been born in the South, religious identity was an even larger part of who I was. Once introduced to the basic principles of feminism during college, I found myself at a crossroads. I felt affirmed having been exposed to terms that attested  to my daily struggles as a woman, but the introductory concepts in feminism critiqued religious identity, ignoring its importance to those who followed its traditions.

Whether I agreed with the theology was irrelevant to the fact that spirituality could not be separated from my selfhood.

For African descendants, faith gives us the confidence that our struggle for equality will one day be fruitful. As a result, in the black community, the church is often the “cornerstone” of civic engagement. As a black woman, I have not experienced the same level of minimization that white foremothers of feminism described. If anything, our matriarchal family system exalted the black woman as the leader of religious involvement.

Around the same time I dealt with this interpersonal conflict, I was enrolled in a course that explored feminism specifically through the lenses of U.S women of color. My instructor made it clear that as diverse beings, no one could force us into binary systems against our will. In our curriculum we explored the cultural traditions of women of color. I was validated in my belief that for some of us, spirituality is intertwined with cultural identity, and black women were one of those groups. The class was life changing and my instructor was phenomenal.

While exploring the spiritual traditions of Native tribes and other non white groups, we were introduced to the concept of Womanism.

From that moment forward, I was in love.

1. From womanish.  (Opp. of “girlish,” i.e. frivolous, irresponsible, not serious.)  A black feminist or feminist of color.  From the black folk expression of mothers to female children, “you acting womanish,” i.e., like a woman.  Usually referring to outrageous, audacious, courageous or willful behavior.  Wanting to know more and in greater depth than is considered “good” for one.  Interested in grown up doings.  Acting grown up.  Being grown up.  Interchangeable with another black folk expression: “You trying to be grown."  Responsible.  In charge. Serious.

— Excerpt of Alice Walker’s Definition of a “Womanist” from In Search of Our Mothers’ Gardens: Womanist Prose Copyright 1983.

A term coined by Alice Walker, womanism's definition can be condensed to, "A culturally inclusive first cousin of feminism."

Feminism, in its origin, had the goal of gaining political and social equality for women. For many of us, it presented an overly narrow focused agenda. In other words, it was a movement created for wealthy white women seeking freedom from the one system that held them back — patriarchy. But how can we promote equality for men and women when some women face additional obstacles? How can equality exist for those of us faced with the struggles of both sexism AND racism?

I can be spiritual. I can be connected. I can be me.

In the second half of her full definition, Walker further describes a womanist as one who is “Committed to survival and wholeness of entire people, male and female.” For women of color, our struggles are tightly wound with our male counterparts. We cannot afford to “seek freedom” from them. We need them to fight alongside us as we deal with race — and often class — issues.

Suddenly, my need to explain disappeared. Womanism filled all the cultural gaps that feminism left behind and provided even more clarity to my developing world view. Since its introduction, I have been comforted in my entire identity. I can be spiritual. I can be connected. I can be me.

My choice to identify as a womanist as opposed to feminist, like many of my foremothers, is an act of resistance. I deserve a place that embraces my entire self and to have found that space feels amazing. It is interconnected, it is inclusive, and it is spiritual. Womanism removed the pressure to choose between my spirituality and my divine female spirit.

For me, feminism felt like finding a beautiful shoe in the wrong size. No matter how much I strained, it never seemed to be a perfect fit. I found my size in womanism. There is a race/gender hierarchy within our society that forces the interests of black women to the bottom. Womanism was created with the goal of prioritizing black women's interests because many movements have let us down.

Womanist is not a rejection of feminism, rather, a modification that seeks to expand the movement's original scope so that it may include the experiences of many instead of the select few.

If you like this article, please share it! Your clicks keep us alive!
Tags
feminism
womanism
intersectionality
spirituality
racism
religion