Rav's Repro: Making Room For Your Loved Ones' Feelings 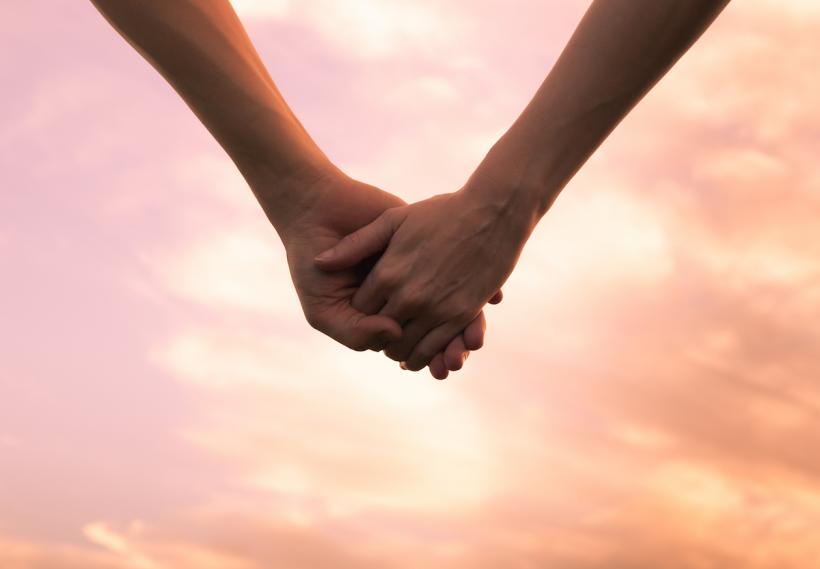 I fell in love with him again because he allowed me to see everything and I was capable of looking.

When I lost the baby in August, notching my losses up to five (in 18 months), I was swimming in grief — treading the murky waters of sorrow and anger and shock and failure. As I began to heal, I realized that I had neglected to fully appreciate the grief those closest to me carried. I’m talking about my husband. And my son. And our parents. And our closest friends.

Their bereavement was undeniable, yet it took me a moment to acknowledge that it was there.

A week past the day I went into premature labor, a week past my living son’s 13th birthday, I spent my afternoon with a stranger, a Reiki healer, who would be the one to guide me through the folds of heartbreak and towards the light and air again. As I began to come out from underneath, I recognized what was right in front of me.

When a spouse or a partner is going through infertility, miscarriage, or any of the other losses big and small associated with reproductive issues, it can be challenging for their significant other to know where their feelings fit in.

Sitting in bed, the night after my first Reiki session, I told my husband about what had transpired, how I felt hopeful, how I knew I would be able to get through this, and through this something positive would come. He was quiet, which is not unusual. His sadness was palpable, and I remembered to ask him, “Are you okay?”

We talked about his sadness and anger and grief. I realized that every conversation he had about what happened began with “How’s Erin?” When he was asked how he was doing, which didn’t always happen, he would invariably reply, “I’m okay.”

When a spouse or a partner is going through infertility, miscarriage, or any of the other losses big and small associated with reproductive issues, it can be challenging for their significant other to know where their feelings fit in. Undoubtedly, for the one who is going through the hormonal and physical trauma, the pain is immediate, visceral, inescapable.

But, where does that leave your spouse, your child? Where do their feelings go?

As my husband and I continued to talk, I became aware of all that he had been holding in during the 18 months we had spent pregnant, miscarrying, pregnant again, miscarrying again, going through IVF, teetering on the edge of hope, and then falling once more into cold and painful reality. He is not a reactive man, he doesn't explode with emotion in the moment, but slowly, steadily, his sorrow and disappointment bloomed, hidden beneath his skin, and he was carrying it — alone.

Once we opened the door to talking freely about what each of us was feeling, things shifted. I felt closer to him than ever before. The love I had for him multiplied, and our relationship felt stronger, steadier, firm in the resolve to walk through this together. I fell in love with him again because he allowed me to see everything, and I was capable of looking.

I’d been cognizant of how hard this last loss was for my son. It had been his 13th birthday, a momentous one — and it was marred by a tragedy whose tethers were inescapable. The morning after my husband opened up to me, my son woke up sick, really sick, with a high fever, a scary fever. I took him to urgent care, and he tested positive for the flu — in August. The doctor was surprised, as they hadn’t seen this strain of flu in months.

Over the course of the next couple of days, I took care of him, my first baby. He needed me. He needed his mama.

It was as if the universe had designed this; tending to him lifted me out of my grief and into the present moment, dealing with the tasks at hand, taking care of my boy.

When you’re a parent, there are moments that demand you put everything else aside to focus on what’s right in front of you. Sometimes that can be exhausting, but that week I was grateful for it, a place to funnel the love.

When he was feeling better, I opened up the conversation with him. I wanted to know how he was doing, how he had processed or was still processing what he’d been through. Once he started talking, it all came pouring out. He had been terrified.

I had not considered what he witnessed as the paramedics carried me down the stairs of my father’s home, wrapped in towels, covered in blood. I had blocked out the moment that I had screamed from the bathroom, yelling at him to get my stepmom. As the commotion whirled around me, he retreated to my little sister’s room and listened and watched from her door, frozen, scared he would lose me, too.

By launching those conversations, by making room for their grief, my husband and son were able to find their paths to healing. They also went to Reiki, they also began to examine things from a spiritual perspective, and that insight — the one we were all seeking — is what saved us, what brought us closer together as a family.

Our parents were also forced to face their grief. This loss was unlike all the ones that had come before. This was the one we had all pinned our hopes on. We had relaxed. We had believed we were in the clear after what seemed like a long journey of ups and downs. I may have been the one going through the acutest pain, but they had their pain, too.

Especially my stepmom. She was there. She was the only one who bore witness to the physical loss, the moment my baby separated from my body. I am profoundly sorry for what she went through during that moment and in the aftermath. It was traumatizing.

I cannot adequately express how thankful I am that she was with me, that she held my hand, that she stood next to me in what was arguably the most painful event in my life.

As a family, I feel that we (and I mean all of us) have been through an emotional war together. We have survived. I have had conversations with them about life and our souls and acceptance. We have grown closer and stronger, and my love for them has deepened. And I am lucky. I am lucky for my husband, my son, my parents, my stepparents, my in-laws, and my friends. Because I didn’t go through this alone.

And by seeing past my pain and into theirs, I have been given an immeasurable gift — an understanding about love and acceptance and the odyssey of life.

Well, I am 22 weeks now. And, I feel pretty good. With each passing week, I feel more and more confident that it IS going to work out. That, in four months time, I will be holding that baby in my arms. My biggest complaints? Heartburn and finding better sleep positions. My stress level? As low as can be expected. I take actions to lower stress and try to remain conscious of where I am at mentally and emotionally. And, most of the time, I remember to sit and breathe when all else fails.