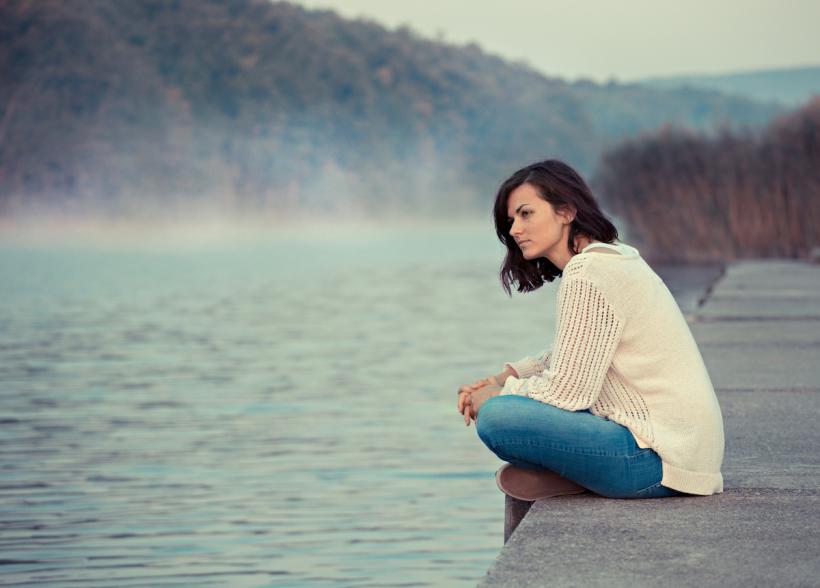 My solution is no longer to attempt to detangle myself from negative thinking. Instead, I acknowledge my thoughts and then release them.

There are some people whose only real skill is being terrible. My ex was one such person.

Emotional abusers are incredibly adept at magnifying their partner’s insecurities.

I have never been lucky in love, even before Randall. I tend to fall for people who are ill equipped at being loving, romantic partners, and this has left me with a deep-seated fear that I am simply not lovable, at least not in a romantic sense. I am afraid my personality attracts negative treatment. Randall’s ability to make me believe as much was a perverse art form.

The second time Randall cursed me out, on a very public street in Chicago, I apologized to him. It was my fault for setting him off by crying on the train after he had a screaming fit when the card machine overcharged him. It was not that he had a hair-trigger temper that had been previously directed towards me. It was my reaction that was a problem. This was a pattern that would continue. His behavior was always on me. If I could be more understanding of his outbursts, they would stop.

He once told me, “I have never had these problems before in a relationship. The only causal factor I see is you.”

If I tell myself not to think I’m unlovable, I end up engaging with this thought more and, worse, shaming myself for doing so. Instead of ignoring my feelings, I am developing the guts to pass through them.

First, this was a lie. I spoke to a friend of Randall’s ex who verified abusive behavior was par for the course with him. Second, the statement’s veracity was irrelevant. It is never okay to curse someone out, to guilt-trip them into unwanted sex, to throw their laptop across the room when you are angry. These behaviors are unacceptable, circumstances notwithstanding. Randall once proposed a solution to his yelling, one so absurd my very professional therapist burst out laughing in her office when I explained it to her.

“When I yell, just yell back,” he said, “When you don’t yell, you can play the victim later. If you just yelled too, it would be an even playing field.”

Even when granted permission, I never yelled back. I said things to him I deeply regret. I am not perfect. While I wish I had learned this skill in a different fashion, I now phrase criticisms of others with more tact. This is because I felt bad when I hurt his feelings, took responsibility for doing so even when I was subjected to cruelty on his part. I know you never have a right to hurt another person, and another person’s poor behavior does not excuse poor behavior on your part. There is nothing I could have done that could justify Randall’s abuse.

Logically, I know all this. I can make myself see, point by point, it is completely absurd to think I attract abuse.

My head knows this, but — for lack of a better metaphor — my heart often does not. On bad days, dating feels futile. I cannot stop the persistent thought that I attract mistreatment.

Enter, my cousin. The two of us are very close and have exchanged hundreds of e-mails over the years. The subject line is always an inside joke (“Praise Lou Dobbs! I saw the light!”) or meaningless strings of words (“Gravity Rabbit”), but such hollow titles are deceitful. The emails are genuinely insightful, and I often revisit them when I am in need of advice. In one e-mail, from 2010, I told my cousin I wrote a mean note to myself about how stupid and pathetic I am, asking her whether she thought this was healthy. She wrote back that, yes, she did, with the caveat that I needed to burn or otherwise destroy the letter later on.

“You have to have the guts to confront bad thoughts,” she wrote, “and be able to say that you sincerely think you are a failure at the moment, or whatever the thought may be. You'll never get over it if you don't pass through it first.”

If I tell you not to think about a white bear, your mind will conjure up the image of a white bear. If I tell myself not to think I’m unlovable, I end up engaging with this thought more and, worse, shaming myself for doing so. Instead of ignoring my feelings, I am developing the guts to pass through them.

Much psychological research points out that it’s better to acknowledge and release bad thoughts than attempting to push them away altogether. Negative thoughts have a habit of resurfacing, and you can’t logic your way out of longstanding insecurities. Spending a chunk of my formative years in an abusive relationship will have lifelong consequences.

Even if I find a happy and loving relationship, I will still have days when I wonder if I really deserve kindness.

My solution is no longer to attempt to detangle myself from negative thinking. Instead, I acknowledge my thoughts and then release them. I think to myself, “At the moment, I sincerely think I am unlovable.”

I remind myself the key word is think. I think I am unlovable just like I thought I would never understand Judith Butler’s Gender Trouble in 2010 (spoiler alert — I figured it out and got an A on the paper).

I do not write mean letters to myself anymore, but I allow myself to accept that I am an occasionally unhappy, irrational, and frightened person, like everyone else. I do not destroy the thoughts, per se, as they will always be present in some clandestine area of my mind, but I try to let them pass through on their own accord. Fighting them only amplifies them, but when I recognize them, they slip away when I get busy with some other task. Healing will not bring me to a destination. Instead, it will be a lifelong process of continually writing and burning the same damn letter.

If you like this article, please share it! Your clicks keep us alive!
Tags
Dating While (Semi) Damaged
abuse
abusive relationship
Healing
negative thoughts