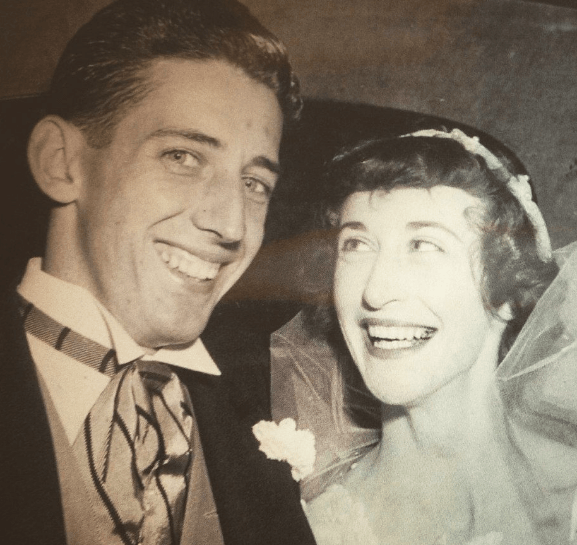 Shortly after leaving Randall, I had coffee with a friend. She was also an abuse victim, and I was eager to commiserate. That day, she said to me, “I learned a lot from that relationship. I wish I had learned it all differently, but I refuse to lose those years completely.”

These words were inordinately helpful. I still treasure them. It had not occurred to me until then I was allowed to learn anything from my abuse.

I am not serene about the passage of time. Since age 24, I have referred to myself as middle-aged. Each April, I pop an atypical amount of Ativan in fear of my looming birthday. One of my most acute childhood memories is New Year’s Eve of 1995, at my grandmother’s house. Between bombastic celebrations, ripe with the 99 Cent Store plastic bling popular with the elementary school crowd, I noticed my grandmother was silent. I asked her why she wasn’t excited for 1996.

Truthfully, I was too. As a child, I tried to drown my New Year’s anxieties with cheap plastic hats. As an adult, I try to drown them with cheap wine. While wine is a vastly more efficient dread suppressant, I still see nothing particularly triumphant about a new year. December 31st always feels more about one year ending than another beginning. I fear endings. I used to go to church, but I’m unconvinced I ever sincerely believed in God. I know I never genuinely believed in an afterlife. From the time I understood mortality, I always had a sense that this was pretty much it. My antidote is to try to, borrowing Ann Druyan’s words, live each day with a vivid appreciation of how brief and precious life is.

Sometimes this is hard. Lost time haunts me.

I mourn my two years with Randall. I earnestly believe this is my one and only life. I regret every second I spent in Randall’s world. Leaving an abusive relationship comes with notions, often self-imposed, about what one is or is not allowed to feel. Scouring the situation for insight seemed impermissible at first. Gleaning life lessons from abuse is tricky territory. There is no strict rubric regarding personal reactions to trauma, of course, but proclaiming you’ve learned from a bad experience comes with latent hints of gratitude. I never want to sound grateful for Randall. But our emotions are complicated. They rarely follow a wholly uncontroversial route.

The problem with silver linings is the complacency of that mindset and its accompanying meant-to-be-isms. Saying everything happens for a reason exonerates my abuser. It forces a narrative in which Randall abused me because this was how my story was meant to unfold, because I was being tested, because it was my destiny. This is not what happened. Randall made choices, bad choices. But I still want to learn something from the pain he caused.

I do not give Randall credit for these lessons. I am not thankful. I am pragmatic. This should not have happened but, god damn it, I will learn something anyway.

I refuse to lose those years completely.

What I learned is best explained via my grandmother’s 90th birthday party. My Aunt Lesley had a picture book made for the event, glossy pinkish pages stocked with old family photos framed with graphics meant to evoke glued on cardboard paper borders of scrapbooks. There was one image of my grandparents just after their wedding. It was a black and white photo of the two of them sitting in the back of a car. My grandpa wears a tux, and my grandma wears a dress, her veil pushed backward and bunched up against the car seat. My grandpa stares at the camera grinning, but my grandmother stares at her husband. Her open-mouthed smile is so large that the apples of her cheeks crinkle the flesh around her eyes, pushing them into half-moon shapes. The picture struck me as so touching, a phrase slipped through my lips, involuntarily, that I would scoff at had I heard it from someone else – “They look happier than any two people in the world.” I am not a romantic, but I meant these words with uncharacteristic sincerity.

The rush of euphoria the photo brought me was followed by crushing sadness. At the time, I was unsure why I felt sad. I understand why now. I was still with Randall at the time, still convinced the relationship was worth it. On some level, I must have known it was not. Somewhere, I think I knew better than to settle for him.

These last weeks, I have met several people via OKCupid who seem somewhat interested in me. I get asked on second dates. Sometimes I even go. It mostly goes all right, but I haven’t bothered pursuing anyone beyond a few dates yet. This lack of want feels less out of fear lately. With time, I’m letting go of the assumption that anyone who’s interested in me has nefarious intentions, that I attract unsavory people. I simply do not feel enough of a connection with these people to pursue things further, and I do want to waste their time or my own on a lukewarm romance.

This is my one and only life. I want to one day experience my grandmother’s smile in that photograph.

This is not a novel revelation. Most people learn, at one point or another, not to settle. Most people I know who learned this came to the realization through less distressing means. They latched on to mediocre relationships or let a souring romance extend well past the expiration date. I wish I learned this lesson in such a fashion. My life would be much easier that way, and I am not grateful for the experiences that led to this epiphany.

Still, though, I am attempting to learn what I can anyway. Someone once told me this was okay. That calls for gratitude.

If you like this article, please share it! Your clicks keep us alive!
Tags
Dating While (Semi) Damaged
abusive relationship
true love
marriage
grandparents