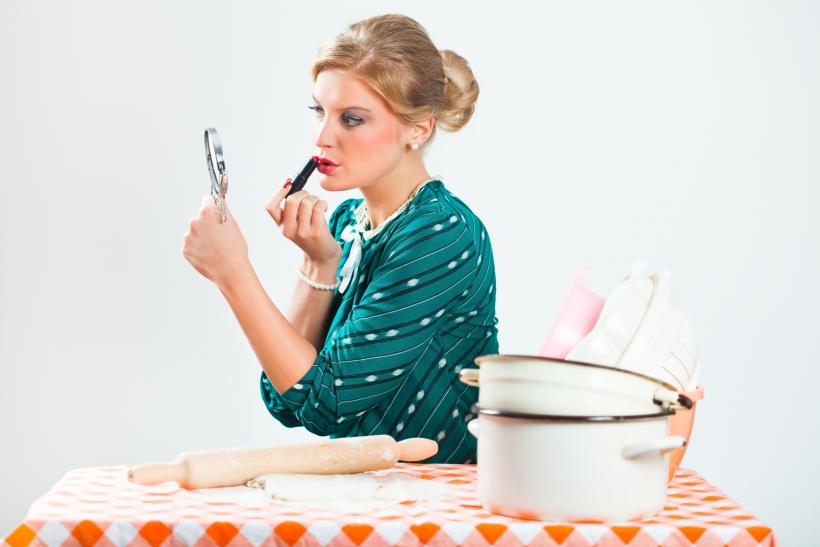 The perks of growing up include knowing what constitutes stupidity over boys.

Sometimes, I think back to all the ridiculous things I did for boys when I was younger and cringe. Societal expectations, insecurities, pressure from peers, and a serious lack of impulse control mingled together to create the perfect storm for doing dumb things to make guys notice me. The ways I have attempted to impress boys still fills me with embarrassment and pity for my younger self, to this day.

While the list could go on forever, here is a sampling of gloriously shameful ways I have tried to be the “cool girl,” which I will definitely never ever do again:

1. Drinking a pitcher of fruit punch at summer camp on a dare, because the boy I liked chimed in with a “do it.”

The shame for this one was swift, as I vomited in front of said boy immediately afterwards, and took the next obvious step of crying uncontrollably in front of the whole camp while covered in my own bright pink filth.

2. Wearing uncomfortable lingerie beneath a trench coat in freaking public.

Who am I? Corinne from The Bachelor? This is not a thing you need to do for guys.

3. Dropping into a halfpipe when I definitely did not know how to skateboard.

Note to younger self: the fact that you look vaguely like Avril Lavigne does not give you magical skating abilities. You will look like a fool. You will end up in the ER. You will have a bruise from your knee to your ribcage, and it will hurt like hell.

Another note: you need not be a skateboarder to date a skateboarder. In retrospect, having any sort of skateboarding skill probably would have been to your detriment. #becausemaleinsecurity

4. Going full manic pixie dream girl in a rainstorm in hopes that the guy I was with would ask me out.

Sure I’ll go down this playground slide into a gigantic puddle, pneumonia be damned. You’ll want me if I have no discernable personality but am full of quirky adventure, right?

6. Writing an entire novel at sixteen, based on a failed high school relationship, deciding to pompously title that novel Between Life And Living, and imagining how my foreword to my ex would be so moving that I would surely win him back or leave him crushed for all of eternity.

This “relationship” lasted two weeks. We went on all of one date. What is wrong with you, child-Gemma?

7. Standing in the middle of a desert road while my boyfriend slowly drove away...

...in order to test the distance at which I could hear and feel the bass system in his car.

8. Learning to bake like a 1950s housewife in an attempt to woo my ex-boyfriend in middle school.

I will win back his love with cake, I thought. That seemed totally reasonable to me.

And apparently, it was. This not only worked, but also became a pretty cool life-skill, turning into a money-making hobby for me later in life when I started baking wedding cakes for people. So I guess we can count this in the “still do, but no longer for boys” category. Life gives you a pass on your stupidity every now and again.

Buying a Korn CD. Almost going to a Korn concert. Stop it, younger me.

10. Allowing my adolescence to be defined by boys.

I cannot count the number of times I should have been having fun with my friends, but instead was focused on a relationship or could-be romance.

I wasted so much time and energy on boys who were not worth one bit of it. Losing myself to fit their ideals. Molding my body to fit their standards. Never, ever again.

If you like this article, please share it! Your clicks keep us alive!
Tags
Relationships
Love
dating advice
grown up relationships
boy crazy