Drunken Debauchery And Repairing A Rift In My Poly Marriage 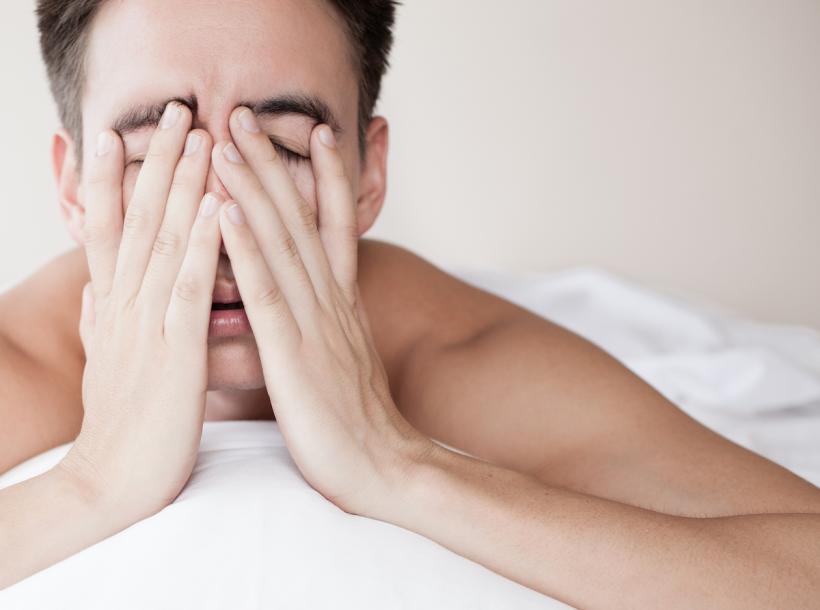 I went to bed and thought that was going to be the end of the night. Wrong.

Presumably, if you’re reading this column, you’re interested in poly, or know someone who is either interested or involved and you want to know more. Fair enough. What I am about to say is usually a left turn from the idea of poly, but I need to share.

Poly is sometimes difficult to manage. On the best of days, marriage is the most natural thing in the world. On the stressful days, you think to yourself,  I need a taco platter and a beer or twenty. Lately, my wife and I have been drifting apart, because of a lot of factors. Some dealing with poly but most dealing with just life in general.

Warning: This is going to be honest, vulgar and a bit raunchy.

This is just the way the weekend (the period I get off from Sunday evening to Wednesday afternoon, wherein I don’t work) progressed for me. Just a warning.

I worked a grueling 12-hour shift, serving tables and having a blast (though it was a cardio endurance trial). My manager gave me easy side work and I breezed through it and paid someone to roll my silverware for me. All was GREAT. Then, I called my wife (who had our car to visit her sister for the day) to pick me up.

I had two 32 ounce beers before she even arrived. Let me clarify what I mean by “combatively.” I drank a 32-ounce beer in about 19 seconds. My state of mind was significantly altered by the time my wife pulled up in our car.

When she pulled up she was upset because my sister had bailed on plans we had that evening. We had bought her a bus ticket to come visit us, and she flaked out. So, we were out fifty bucks (which I could make back in a few tables, no big deal), but the wholesale bailing of our plans really upset her.

I decided to say “f**k it” and invited her inside to have a drink and relax with my coworkers. Why? Because my co-workers are awesome people. One more beer turned into my co-workers buying me beers. Before I knew it I was drunker than I had been in a few years and my wife cut me off. I had the slurring vocal skills of an Alaskan throat singer that had just gargled gasoline and chased it with a flaming sword.

I paid my tab (read: my wife paid my tab. Screw my ability to count money, doorknobs were algebra problems at this point) and went home.

I went to bed and thought that was going to be the end of the night. Wrong.

I sat up and puked. Everywhere. I didn’t know the human body contained that much storage space. I put my hands up to block it from coming out, but all I did was change the direction of the flow of the vomit. It was like trying to control the flow of a garden hose with a piece of carbon paper. My wife sat up, calmly grabbed her pillow, grabbed her blanket and slept on the couch. I was left to stew in my own puke.

And then I sneezed. I now had vomit in every cavity north of my penis. Though, truth be told, I’m sure I had vomit there too. It was EVERYWHERE. Now, allow me to clue you in on a small anomaly in my character.

When I vomit, my face is a mask of serenity. It’s as if nothing is happening. I sat up, for an hour processing the comedy that had played out in my bedroom. I cleaned it up as best as I could and passed out on my bed. When I awoke, I awoke to my wife cleaning the rest of it up and my mother-in-law mocking me (she was over for a visit, perfect timing) and scrubbing the floor with some kind of mop/scrub-brush/broom combination that I’m sure my wife bought off of some kind of late night TV infomercial.

The first words out of my mouth were, “Whatever that f**king scratching was, can you knock it the f**k off?” Then, I passed back out.

She also played loud music while she cleaned. Let me tell you, my wife hates Justin Bieber. But, she wanted to torture me, and I deserved every bit of it. Then, she let me sleep for a few hours to come to my senses.

By 6:00 p.m., head slung low, I shambled out of the bedroom and apologized for my behavior. My wife laughed and said it was no big deal. I should also point out that my wife has a sadistic streak in her that I have found is funniest when I’m inebriated.

This article was supposed to be about the poly thing, right? Yeah, I’m getting to it. It all comes to bear.

We had plans that night to go out to my work to hang out and play Cards Against Humanity, but since my sister flaked out, I basically canceled the event and hung out with my wife.

My wife explained the mechanics of the situation. Our relationship was becoming secondary to my career. In my pursuit of the almighty coin of the realm to buy my wife shiny trinkets that my daughter will break in a week, I forgot why I was working.

Then she told me that she would rather be poor and have her husband than be rich and barely see me.

I had one reaction; I wept. I was so intent on giving her everything I could that I forgot the truth. All she wanted was me.

The next night we went out with her parents to Cracker Barrel and had an enjoyable dinner. Then, they graciously watched our daughter so that my wife and I could have a date night.

We left the house and went to a local bookstore, hand-in-hand. We were dating again. We were alive. We were not parents. We were not two adults that were trying to scrape a living. We went out for coffee and mozzarella sticks like we did when we were dating before getting engaged. We were acting like high-schoolers.

When we got into our driveway, I texted my in-laws to not look out the window as we were “parking”. We made love in the car like care-free high-schoolers. I made love to her as if I had just married her. It was brief, fiery, passionate and loving. We were who we were supposed to be. We were the demolition of the church and it’s rebuilding in 10 minutes of furious love. We became the fire.

We didn’t completely repair that rift tonight, but we laid the foundation for the rebuilding of something better.

As a result, our talking about the poly aspect of our life has been even more fruitful because I reestablished her supremacy in every aspect of my life. She is first. She will ALWAYS be first. She is my queen, my goddess cleaning up my mess and mocking my inebriation. She loves me partially because I am such a damned beautiful unconquerable disaster. I love her because she is everything empathetic and my soul’s idol. She is both my most savage animalistic lust and my deepest most poignant love.

Being in a relationship takes work. It takes mindfulness and a remembrance of priority and resources. Poly relationships are no different.

Our love binds us and our lovers together because we realize that we need to pay attention. It’s not the money we bring to the table that matters, it’s the attention to detail. It’s the hunger for each other on the visceral, human level of emotion that binds us together. Our sex is simply an expression of that humanity.

She saves my life every single day. The least I could do is make sure that in the journey we take, she is my number one priority.

If you like this article, please share it! Your clicks keep us alive!
Tags
polyamory
marriage
polyamorous marriage
poly couples