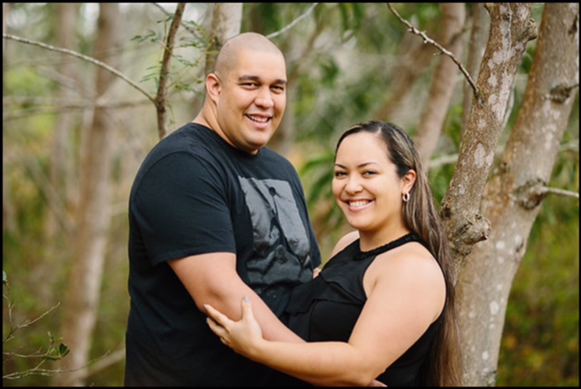 A Hawaiian couple surprised her grandparents with a new home.

This week for the Lovers & Fighters of America, we are celebrating unconditional love. At a time when personal and political views are damaging familial relationships across the U.S., twenty-nine-year-old Kahealani Paradis, a married mom of four from Hawai'i, has no intentions of letting political differences stand in the way of her relationship with family members.

Kahealani lives on the Big Island, in the district of Puna, with her kids and husband Stetson, and works as a station supervisor for a Hawai'ian health plan company. She told Ravishly that her grandparents helped raise her and her brother and what they have in common — love and faith — is more important than their differences.

Kahealani explained: “Though my grandparents and I have different political views, we still serve the same God and we still love each other the same. Why? Because that's what we are called to do on this earth. Love one another!” 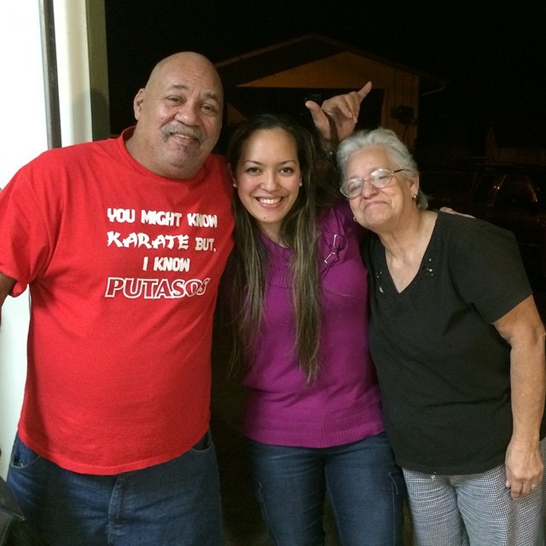 Her grandparents, whom she calls Grams and Tutu Kane (which is Hawai'ian for "grandfather"), received the gift of a lifetime last week when Kahealani and Stetson surprised them with a new home. The sweet exchange was captured on a Facebook video that has since gone viral.

Buying a home for her beloved grandparents has been number one on Kahealani’s “bucket list” for years. She has been searching, and saving up, for a suitable home for a while. And when the right place came on the market, Kahealani and Stetson (who works in property himself) made the purchase.

What makes this heartwarming story even more special is that Kahealani’s Grams and Tutu Kane will now be living in a home with running water and electricity, both of which they have done without for decades. 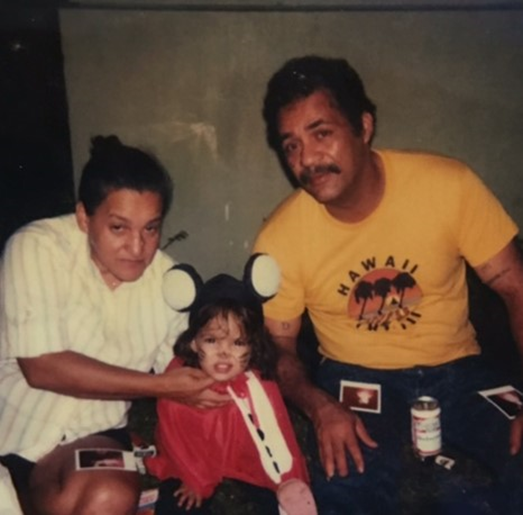 Kahealani recalls the challenges of living in a home without these amenities: “I grew up in the house they were in, so did my mom... it was tough living there. There was no running water, we would fill up 5-gallon buckets at the water barrel downstairs and would carry it upstairs to flush the toilet, bathe, wash the dishes, etc. There was also no electricity. We had a little generator as a power source that we would use to plug in a lamp and a little TV.”

Though there were challenges, Kahealani chooses to focus on what she and her brother did have growing up, not on what they didn't. She said: “We didn't have much material things growing up, but we had everything that we needed: food, a roof over our head and, most importantly, LOVE! I am very close with my grandparents, especially with my grams. She is my heart! We do everything together. They taught me everything I know, to have good values and morals, good work ethic, treat people with respect and that whenever you give and do good, it always comes back.”

Showing her appreciation and love for her grandparents is what motivated Kahealani to buy the new home for them.

In the viral Facebook post, Kahealani wrote: “They've done so much for so many people & never expect anything in return. This is something that I've been dreaming of doing for a very long time. I am beyond blessed to be able to make something like this happen for two of the most important people in my life. They've sacrificed so much for me and raised me to know that it is always better to give than to receive... that it ain't all about the money in your pocket, but about sticking together as a family & loving each other unconditionally.”

And now, for the first time, Grams and Tutu Kane (who have requested their names be kept private) can enjoy that which many of us take for granted. Kahealani told Ravishly: “What they've enjoyed most is the running water and electricity, of course. They are also able to host and invite friends over for the first time in their lives.”

We, here at Ravishly, admire Kahealani and Stetson, and their generous act of love, which is why we have chosen them as this week’s lovers and fighters! Thank you to Kahealani and Stetson for reminding us all to value and cherish the important people in our lives and to be grateful for what we have.

Lovers & Fighters say "hell no" to racism, sexism, bigotry, and xenophobia. These men, women, and children are saying "heck yes" to equality, human decency, and love. From bold acts of advocacy to simple moments of goodness, these everyday people remind us of what it truly means to be American.
These lovers and fighters are resistant in the face of intolerance. They are bold in the presence of judgment. They are determined to join forces (or to stand proudly alone) to ensure their message is heard: #LoveTrumpsHate
If you like this article, please share it! Your clicks keep us alive!
Tags
Lovers & Fighters in America
Kahealani Paradis
Love
family
Hawaii
graciousness