6 Reasons To Embrace Being Unlikable 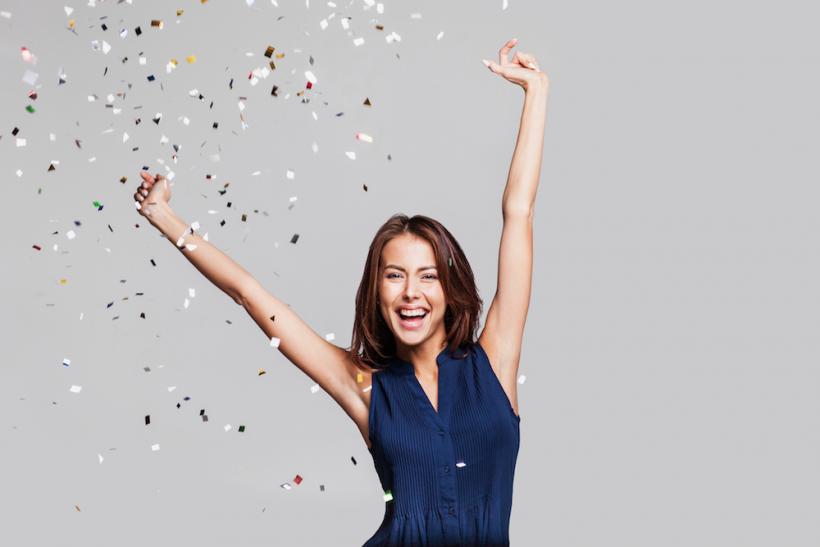 I was 28 before I realized that I wasn’t everyone’s cup of tea. I had a job doing something that I loved, something that helped people. This job nurtured my soul. I was good at the practical parts but total bollocks at the parts where money and minutia were concerned. I could recruit people, take care of them, and hold a vision for what would help the most people in the most efficient way possible. Until that point, I legitimately believed that I could mold and morph into a person who was somehow universally loved and accepted.

Holy moly, was I wrong.

Not only did I fail to fit the universal love child mold, I also failed to be a liked person in general.

I didn’t realize I was a polarizing person until my late 20s. I was raised in a tradition where being liked was extremely important — pivotal, even. So, I was working this dream job and kicking ass at one half and killing it (in a bad way) on the other half. I was speaking to a coworker on a long car ride, and he filled me in on some business drama that was going on. Very casually, he said, “You’re like me. People either love you, or they just can’t stand you. It can be unintentionally polarizing.”

His statement hit me hard. I honestly believed until that actual moment in time that I was, at the very least, non-controversial. I considered myself a bit of a peacemaker. Likable in a Kelly Kapowski sort of way, or even nicely forgettable like Lisa Turtle.

But as I sat with my coworker’s statement, I began to see how he was right. The previous 20 years of my life flashed before my eyes. Schoolyard conflicts, workplace drama, a general sense of confusion around why things just didn’t click as easily for me as for many of my other friends. I wasn’t Kelly Kapowski — or even a Lisa Turtle.

I was Jessie Spano.

(And I was really hoping that I wasn’t fooling myself into believing that I could never be a Screech.)

Over the years, it has become crystal clear that I am, in fact, a polarizing person. It’s not intentional, and I’m never malicious. It’s just part of who I am. And I’ve accepted it. I even almost like it. Here’s how accepting that truth has made me a better person:

1. Ever heard that saying, “It’s not your business what anyone thinks of you?"

Yeah, I take that to heart. I do what I do, live how I live, write what I write, and give no f*cks about the general population’s vision of me. It has created security where there was once a bottomless, need-to-be-liked void.

2. I appreciate my friends more and deeply value their opinions of me.

In the last decade since I realized I’m a Jessie Spano, I have learned to listen closely to my people and thank them when they raise their concerns or frustrations with me. I become a better person when I can hear their criticism and take it to heart. I trust that they have only the best of intentions.

3. I take full responsibility for my beliefs.

I am an opinionated person, which can quickly translate into being a polarizing person. I think long and hard and do copious amounts of research before coming to concrete conclusions about what I believe. Once I arrive at Destination Belief, I make no apologies for it. I know it might change people’s opinion of me. And I’m okay with that. It doesn’t change my love for them, or my ability to hold opposing beliefs without opposing them as humans.

4. I practice self-awareness and detachment.

In addition to being Jessie Spano, I’m also an empath. This means that I can sense people’s disapproval or dislike, but I can’t always figure out why they feel that way. When I start to sense that, I will refer to my first point and make a conscious move to detach from their feelings about me, considering what I might have done to offend when appropriate. Then, I use that emotional distance to ask if they are offended and what I can do to actually make the peace, instead of quietly angsting about it on repeat forever.

Somehow, I have learned to like more people through the process of being unliked. I end up fighting for the underdogs, looking for ways to reach people who might seem unreachable. I root for the Jessie Spanos and Screeches of this world because everyone needs to be seen and loved just as they are. Okay, with a few exceptions — but you get my feeling.

The world will always find fault with humans. We are all vastly different. We all need too much. I take comfort in knowing that nobody will ever be completely, universally, unconditionally accepted by the masses. And that’s great. It means I get to challenge my own biases and undercover prejudices and become a better person.

Be you. Unapologetically you. Care less about what people think of you and care more about showing up exactly as you are, in all of your polarizing Jessie Spano-ness.

If you like this article, please share it! Your clicks keep us alive!
Tags
self-love
empathy
friendships
confidence
wellness
empath
being a person is hard