What To Do When You Realize You Accidentally Joined A Cult ​ 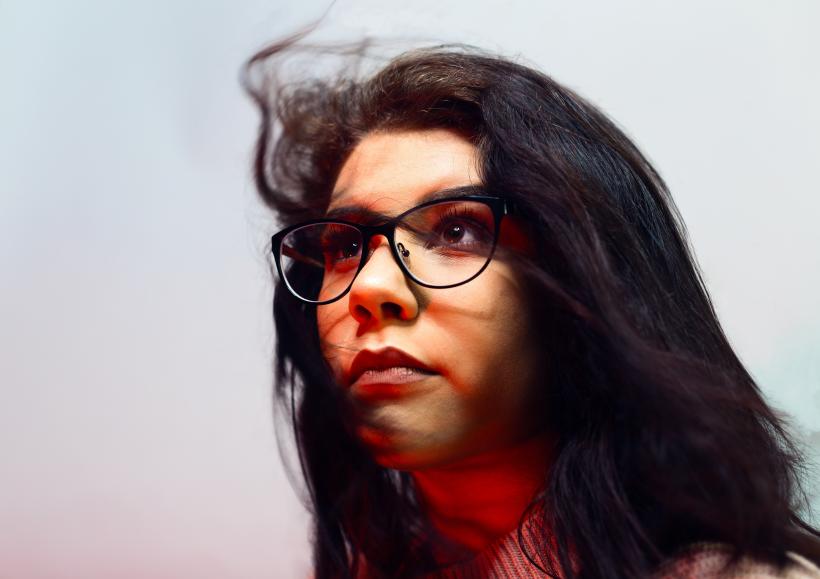 Photo by Ayo Ogunseinde on Unsplash

The spring of 1995 was hot and dry in West Texas. My church youth group had spent months fundraising and saving to go to a big youth convention in Dallas. I knew it was going to be awesome because the three boys I had crushes on were going, and one of them maybe almost liked me. My BFF was also going, so even if I didn’t get attention from the boys, I was still going to be on a road trip with my bestie and 20 other kids, away from my parents, and that was incentive enough.

We arrived tired and dazed after seven hours in our parents’ minivans and large SUVs. We walked into the mega church that was hosting the youth convention and promptly spread out across the pews, trying to nap before the event began. Soon, teenagers, youth pastors, and parental chaperones began streaming in. We sat up. The lights dimmed. We squished close together on those pews, me up against the cutie I wanted to hold hands with on one side and an eagle-eyed chaperone on the other.

The lights shut off completely. A man started talking over the sound system. Sound effects and music were piped in, building in intensity. BAM! POW! WHOOSH! Fireworks exploded on the stage, and the Christian rock band started playing music that made all of us dance (without moving our hips, of course). We were all taken in.

Over the course of the weekend, we were preached to, experienced several more perfectly timed explosions, danced to Christian rock sets, and eventually asked to give our lives to Jesus and to serve him during the summer on the foreign mission field. Then we were asked to give a year of our lives to God’s service and do a year-long internship on a compound in East Texas.

After that, my run of the mill youth group turned almost militant.

I became the keeper of all things holy and good. I upheld all of my own moral standards and tried to make them yours, too. I shared the Good News in several countries. Four years later, when I was 19, I left college and my full scholarship behind to join up with this ministry for one year.

20 years later, it is still an experience that I am actively deconstructing. Why?

Because I joined a cult.

Like most cult members, I didn't mean to join. I didn’t know that’s what it was. In all fairness, we fell somewhere between Sunday School and Branch Davidians on the cult scale. I now refer to it as Cult Lite. Less culty than Regular Cult but still definitely cult.

Over the years, I’ve seen people join all manner of cults. Cults are not singularly religious in nature; they can be more subtle and aren’t always inherently harmful. Cults can look like self-help movements, secret organizations, MLM companies, small groups driven by one main personality, fringe political movements, or fantasy-centered fun that has just gone too far.

But I was really in a culty-cult. And maybe you are, too, or think you might be. If so, here’s how to get out.

1. Determine If You Are In A Cult.

Ask your family if they think what you’re participating in is cool. If you don’t have that relationship with your family, ask other people you love and respect who are NOT part of the group: “Hi, Angela. This might be a weird question, but do you think this group that I’m part of resembles a cult at all?” Hopefully, Angela is straight with you and gives you her honest assessment. Also, if you have the need to ask, chances are you are pretty far down the cult rabbit hole.

Yeah, that still, small voice in your head telling you this isn’t right? That you can’t overlook the inconsistencies or total lack of objectivity within the group or its leaders? LISTEN TO HER. She is smart and trying to tell you something. Pay attention. Trust your inner voice to get you out of there.

3. Disentangle Your Finances and Resources.

Maybe you signed up to give money every month from your checking account. Maybe your job is tied into the cult. Maybe you feel like you are in too deep and have no power to leave. Start by retracting your finances and other resources you’ve been sharing for the Greater Good. You don’t owe anyone a single thing.

4. Be Willing To Lose Friends Or Public Standing.

This is a hard one. You see, cults are mostly full of really good, earnest, loving people who are deeply loyal and will probably not follow you out of the movement. You might lose people you love. You might be lonely while you regroup and figure things out. You and your reputation will recover.

You were likely pulled in by the goodness of your heart, shared interests, similar history, wanting a place in the community, etc. You were also subject to time-tested manipulation techniques and psychological ploys. It doesn’t make you stupid; it makes them awful. You didn’t know. You know now. Forgive yourself.

You will need to deconstruct the process that got you into the cult in the first place. You will need professional help. It’s worth it. You will be able to one day thank the past version of you who embarked on a path to learn how to make better choices for future you. Spoiler alert: We all need to feel loved and included, and you’re not wrong for needing to feel that, too.

If you like this article, please share it! Your clicks keep us alive!
Tags
cult
joined a cult
advice
shame
power