Ask Erin: Am I An Emotional Cheater? 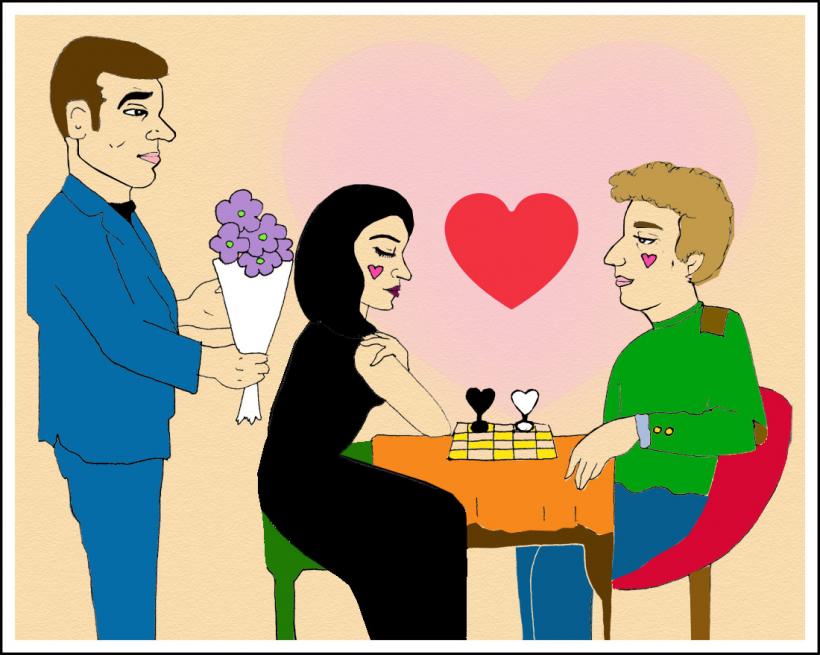 Am I an emotional cheater? (Artwork: Tess Emily Rodriguez)

So I do have feelings for two guys at the moment, and it is very confusing. I’m hoping you can shed some light on the situation.

I recently started dating this guy. Things were good, but he has gotten very clingy, something I don't like. We have been together for less than a month, and he says he loves me and wants to be together forever. I never thought we were gonna last long, to begin with.

I have had feelings for my best guy friend for about three months now. I have been open about it and have found out that he feels the same.

I feel like this is cheating — having feelings for him, so I feel bad. I have thought about ending things with my current boyfriend, but I don't want to hurt him.

I spend more time with my best friend than the boyfriend. Every time my phone rings I hope it’s my best friend calling or messaging me. I'm disappointed when it's not him, and I get aggravated when my boyfriend tries to be very lovely with me.

You are making this situation way too complicated.

Yes, this is 100% emotional cheating.

You clearly want to be with the best friend, not the boyfriend. You know the feelings are reciprocal. What are you doing?

Well, first I think you may be afraid to make a go of it with the best friend. There’s a whole lot more at stake with him than the boyfriend. How do I know? Because I was that jank that got in relationships with people who felt emotionally safe for me and spent time pining away for someone else. Of course, I wouldn’t actually be with the person I had real feelings for because that was emotionally risky.

But, what I did, and what you’re doing now, is not fair to anyone. No good can come of this.

I know that no good can come of this because I made the mistake you're making, more than once or twice or three times.

Also, there may be a little of that “I don’t want to be the bad guy/girl/person” in the situation. You said you didn’t want to hurt your boyfriend. But, staying with him while you really want to be with someone else is hurting him.

Setting him free is the kindest thing to do.

Sidenote: The boyfriend does sound clingy.

I don’t trust anyone who says they want to be with you forever after knowing you for a mere few weeks. I mean, I am sure I was the person at some point, but I was a mess, ya know?

So let’s make it super simple. Break up with the boyfriend. See what happens with the best friend before you attempt to get involved with anyone else. And, know that sometimes our fantasy of what it would be like with someone we are friends with is a lot better than the reality of it. When we’re not in the healthiest places, that type of longing can look a whole lot like something it really is not.

The information within Ask Erin should in no way be interpreted as medical advice because I'm not a medical professional. But I am here to help — to share with you the wisdom I've gained after years of making mistakes. If you have a question for me about relationships, addiction, dating, friendship, depression, sex, consent, what I can’t stop eating and somebody please take them away, Blue Muscovite, or anything at all, use the contact form below or email me at askerin@ravishly.com. As always, your anonymity is golden. Lastly, I’m so excited to share my Ask Erin Self-Care Guide, free when you sign up for my weekly newsletter. xoxo

If you like this article, please share it! Your clicks keep us alive!
Tags
Ask Erin
emotional cheating
cheating
micro-cheating
advice
relationship advice