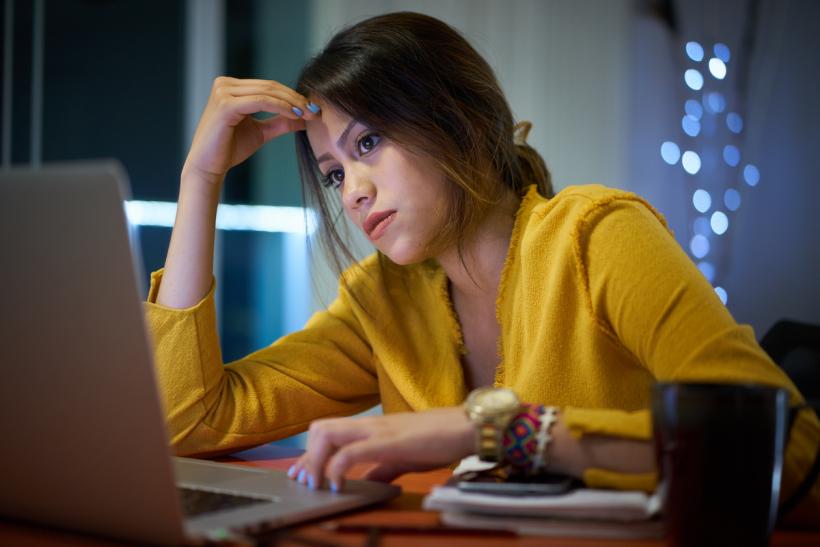 It’s not easy living in uncertain times. It’s also not easy living with anxiety. So it’s been a rough several months for the 40 million people in the U.S. age 18 and up with an anxiety disorder, plus a full one fourth of teens age 13-18. According to recent studies, anxiety, among other common mood disorders, is on the rise. Gee, I wonder why.

If you’re like me, and chances are you’re a little like me, you’ve been hit both with an increase of anxiety and an increased desire to do something about all this bullshit.

Unfortunately, if you have anxiety, it’s likely that going outside, doing things, and talking to people are among the activities that make your anxiety worse. What’s a mentally ill person to do? Take some advice from a fellow socially and generally anxious person:

Step one: Get angry.

Get so angry that you can’t see straight. Get so angry that you can’t sleep. Can’t eat. Can’t think. Use that anger to fuel your desire to Do Something. Share a few posts on Facebook and get into an argument with a family member you hardly ever see. Blow some of your built-up anger on them, then hit the block button. Once you’ve realized that this hasn’t lowered your anger level, vow to do something more effective.

You Might Also Like: Should I Stay Or Should I Go? When Your Activist Community Becomes Toxic

Find a good spot to stand awkwardly among strangers because you couldn’t get anyone to go with you. Listen to a few speakers echo sentiments you’ve already read online several times. March among a lot of other angry people with signs and eventually get up the courage to chant. Chant until your throat gets dry because you’re not used to talking very much, let alone yelling.

Start wondering how long a march lasts and if you’d be a bad person if you ducked out early. Get to the end and listen to more people speak, then awkwardly disperse. Now you’ll have to figure out how to bus home from there as you deal with the odd mix of adrenaline and dissatisfaction. Wonder if any of that effort caused any real change. Consider if the people currently working to take away your rights for profit care or noticed that you spent your entire afternoon walking on the street and yelling things.

Check social media and learn about all the new outrages that have occurred in the past couple hours. Determine that you have to do more — you can’t attend one protest and become complacent, as though your job is done because you engaged in a visible and vocal form of activism one time. Look for more planned protests, then remember how empty it felt. Google local activist groups you can join and follow several of them, even sign up for their email newsletters. Find the dates for their meetings — one of them is tomorrow.

When the anxiety mixed with exhaustion hits, determine that you can’t possibly make that meeting. You need to recover from the protest. Promise yourself that you’ll find one to do to next week. After all, you’re on their email list.

Try not to check the news every 15 minutes. After you’ve failed, go home feeling completely worn out. Go on Facebook and click the “Interested” button on a few meetings and events posted by some of those activist pages you followed. Take a look at your calendar. To cope with the feelings of being totally overwhelmed and intense anxiety, distract yourself with junk TV and video games.

Don’t go to any of the events you expressed interest in.

To cope with the guilt and anxiety caused by knowing that every day could be bringing the country closer to collapse and you’ve done almost nothing to stop it, tell yourself that it’s hopeless: no amount of meetings, marches, or memes can save us from the decades of effort by people with a ton of power and money to rig elections via gerrymandering and voter suppression, crush unions, take rights and power away from the little people, and convince half the country that brown people are the ones responsible for their misery. The depression and self-loathing that follows is normal.

Take a break from social media.

Try to go through everyday life as though everything is normal. Try to ignore the knowledge in the back of your head about how wrong things are. Try to enjoy the little things in life and regain your energy - slowly, because you still have to deal with all those little, everyday anxieties that still hound you. Remember to feel a little annoyed with yourself that these things still bother you despite the threat of climate change, loss of healthcare, and nuclear war.

Repeat the steps above for as many times as it takes to accept your limitations.

Decide that despite the speed toward which we seem to be plunging toward destruction, the best you can do is take baby steps. Save your energy by giving up on protests (unless it’s really important), but hang up some flyers in your community and build up the courage to talk to some loved ones about their language use regarding Muslim and Latinx people. Be sure to space it out. Cling to small victories and give yourself some credit. Watch a lot of cat videos. Build toward going to that first activist volunteer meeting.

Try to accept that you can only do your best, not more.

What happens next depends on a number of different factors, including but not limited to your other mental illnesses, race, sexuality, ability, gender, and financial situation. Regardless, it’s important to maintain patience and positivity, however impossible that may feel. Remember that there are many people going through the same thing. And don’t forget to take your medication.

If you like this article, please share it! Your clicks keep us alive!
Tags
activism
mental health
mental illness
anxiety
disability
feminism