Are People You Meet On The Internet Really More Dangerous Than In Real Life? 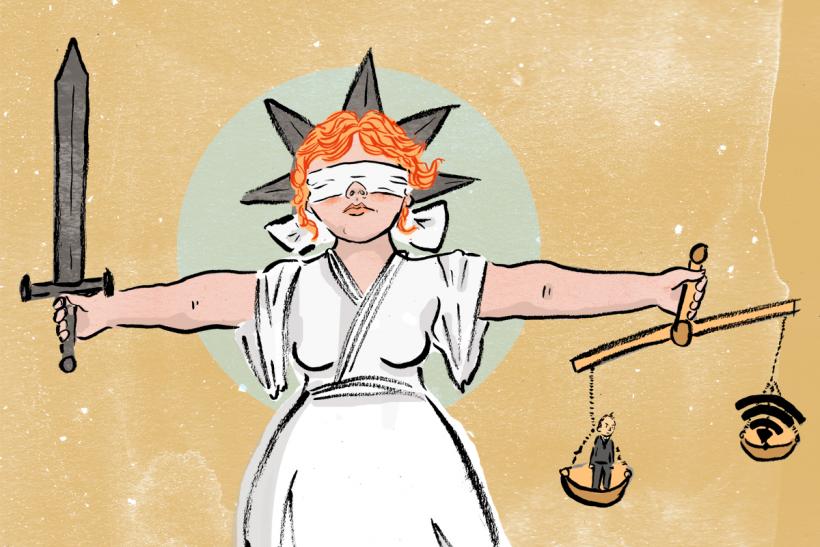 It was, of course, completely by accident that I ended up back in my hometown — the place that I had spent the majority of my teenage years vowing to escape. I’d find the key to this cage, get out and run. At that time, it was the place we arrived at after my parents’ divorce, a bittersweet entourage, but not the end.

Yet there I was, like a teenager again, seeking refuge once more from the harsh financial realities of the world.

There was one difference this time — I had my husband with me; we were trapped in this historic cage of a city together. Still, I told myself, this was not forever. He just needed to finish his thesis, and then we’d be out.

In the mean time, I took it upon myself to volunteer. Due to council cuts, the park down the road had fired its park keeper. A local man, who had made it his life work — caring for shrubberies, mowing the lawns, priming the roses, and now austerity had reached him too — was out of the job. To stay open, it now elicits help from the locals, who open the park every morning and close it every night.

One such night found me in conversation with a dog walker who had almost been locked in. We exchanged pleasantries, talked about our pets as I walked her to the gates. For reasons that I can’t quite remember, I mentioned visiting a Japanese pet shop.

“Of course! They eat dogs over there, don’t they?” She said.

“No. Not Japan. You might be thinking of China, but it’s not that common.” I responded.

To which she laughed. I then went on to explain that I’d spent all day teaching Chinese children and Japanese adults.

“You mean in that language center, in town?” She enquired.

“Oh! Be careful! I’ll tell you what I tell my kids: there are a lot of weirdos online!”

“I do it through an agency,” I responded, pretty sure that this would put an end to the unwarranted judgment.

“Still! I don’t think that you should be doing it!”

To my delight, we had now reached the gate. I was free to roll my eyes, bid the woman a good night, and lock the gates up.

Although I was unsure whether it was this lady’s xenophobia or technophobia that had evoked her unsolicited advice, the event had brought back memories — triggered recollections that I had worked on to bury over the last decade.

And these thoughts brought with them anger. How dare she judge the intentions of the perfectly well-behaved foreigners that I teach English to when she doesn’t even know who her children go to school with.

This is the starting point. Ian Brady, Charles Manson, Edward Gein, and, in the name of equality, Aileen Wuornos — they were school children all at one point; none of them ever met their victims online.

I first saw him, if memory serves, when I was about 14 years old.

It could have been a love story. In the mind of the 14-year-old, it certainly seemed to start out that way. I was going through one of my ‘boy-crazy’ phases — the kind where it seems that every boy who looks at you for more than a second could be your first boyfriend, if only he noticed you for a second longer. I was doing GCSEs at the time (for those of you who may be reading this from across the pond, GCSEs are kind of like middle-school exams — essential for entering high school, or, as we call it in England, Sixth Form), and I was in the art room, working on the computers. And there he was. The art teacher was telling him off for not completing his work, and as he walked past, I laughed.

“What are YOU laughing at?”

Related: My Child Talks To Strangers

That was our first exchange. Looking back, it could have been a poorly written love story when it started out, but it wasn’t. When the boy (almost two years my senior) sussed out that I liked him, he would ask me to do things that I am neither proud of, nor would repeat. I repeatedly said no. He wouldn’t take no for an answer.

Still, I told myself, time and time again, it was nothing physical. I was safe. Then one day, I found myself alone with him. His friends had invited me to play ball with them in a secluded field. My mother had responded by setting me a strict curfew. If she hadn’t done this, it’s entirely possible that what happened next wouldn’t have happened at all. I had to leave early, and he jumped at the opportunity to walk me back, through those secluded fields, to show me where the bus stop was.

There are few things that I remember about that day — that it was a sweltering hot one, and the feeling in my stomach as I stupidly followed this 17-year-old boy into an area where no-one else could see us.

What happened next was that I froze, for some reason unable to do anything other than mutter ‘no’ when he repeatedly asked if he could touch me. And after he was done, he kissed me. It was my first kiss, and it was disgusting. As I tasted his cold, tobacco flavored mouth, I realized that I wasn’t just scared, I was terrified of this man. Still, I stood there. I let it happen to me, and to this day, I don’t know why.

After this was over, he walked me out of the field, and the bus stop was right there. The bus quickly appeared, and as I drifted away from him, I remember his smirk. He would later send me some sexually explicit, and in hindsight, bordering on abusive texts. I didn’t want them, but he didn’t care. I found that the only way to stop this was by briefly dating his brother.

I know that I am not alone in this experience.

People were attacked long before the Internet became a thing. When social networking became more common, there were even notable instances of teachers using it to contact pupils that they spent every day with at school.

If an unwanted stranger contacts you online, they can easily be blocked. You can turn off your computer, and more likely than not, they will not find you.

You have to confront your problems every Monday to Friday when you go to school with them or see them in the office. In a sense, blocking your problems is a luxury. Life is more nuanced than that.

If you like this article, please share it! Your clicks keep us alive!
Tags
The Internet
online
dangerous
Sexual Assault
predators
strangers