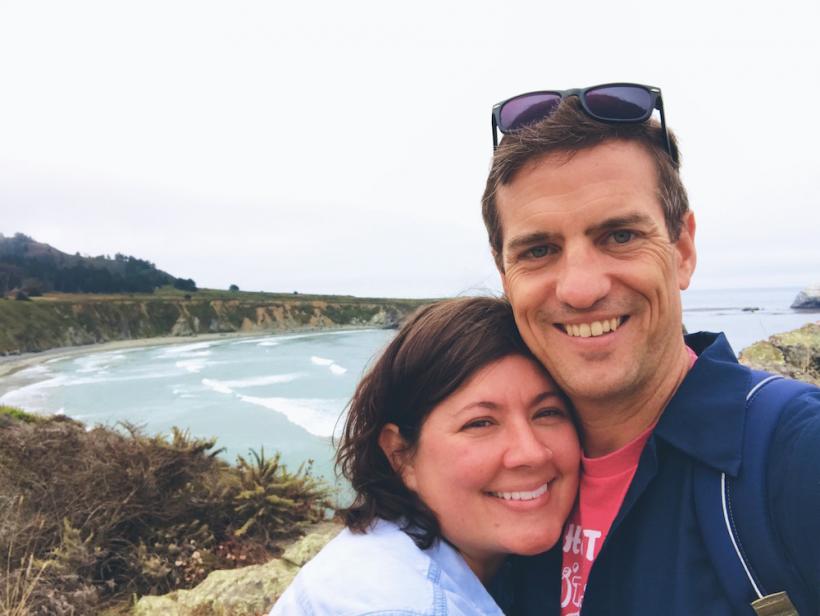 "You should go to Target alone." BYE.

When it’s time for bed, we assume the position. He’s the big spoon. I’m the little one. Not always, but most of the time, he says something like, “You’re my favorite person” or, “I am so lucky to have you.” That’s sweet.

Sometimes, during the day he says something like, “You are making me insane” and/or, “You are insane.” Both true. But the best things he says to me are the things that don’t fall under the umbrella of poetic affections.

The very best things he says to me, are the things I don’t expect at all. I love you is good and important, but “go to Target alone”? That’s true love right there (and number one on the list).

You don’t say? Well then. Who am I to argue?

He’s a good cook. But even if he could only make toast, I wouldn’t care. I don’t care what it is, if he’s making it and I’m sitting down, I’m happy.

4. I’ll take the kids to the park to give you a break.

True, I’ll probably use the break to fold laundry. But still, it will be quiet folding.

5. You should buy new shoes.

6. Your pants are too small? Buy bigger ones.

Nothing says love like, “I don’t care about your pants size.”

You might also like: My Husband Does Not Get An Award For Loving Me Despite My Fat

7. I don’t care how many books you have.

He’s never said that. I’m just hoping he’ll read this and change his mind. Because I have a lot of books and I'm not done.

8. Did we pay the kids’ college tuition for this year yet?

Because when he married me, he married my three older children. Sending them to college is more important to him than things like vacations and a new car.

9. Thanks for making babies with me.

He doesn't have to thank me for procreating; I mean, they are my kids, too. But it sure is nice to hear. Also, maintaining an attitude of gratitude when your five-year-old repeatedly tells you he hates you, that's something.

I know what you're thinking, he's asking you to work and you like it? Yes. Because I like cookies and if I ever need a good reason to make them, he's it.

I told him that I felt like my gaining weight wasn’t fair to him because when got married I was thin. He wrapped his arms around my waist and that’s what he said.

That’s just one of the many many reasons he's so lovable.

If you like this article, please share it! Your clicks keep us alive!
Tags
husband
Love
marriage
encouragement
body image