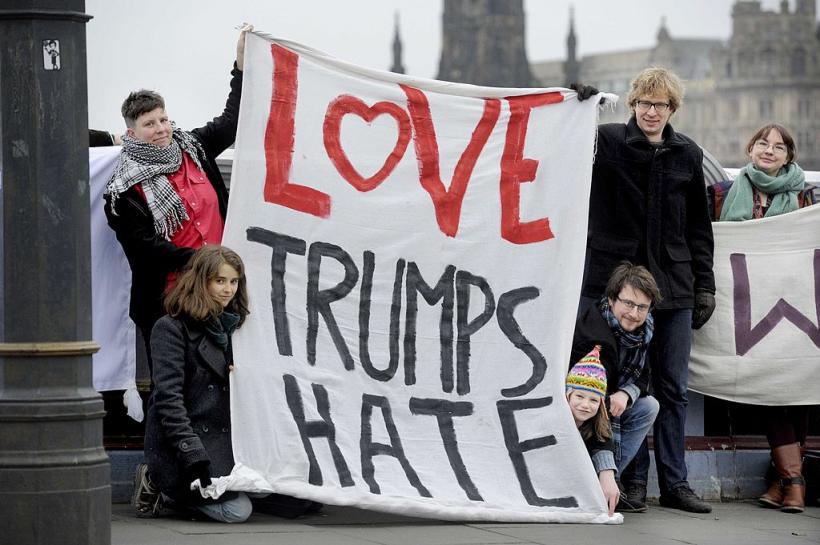 For six months, citizens have watched their lawmakers with unwavering diligence and held them accountable for their every word. (Image credit: Friends of the Earth Scotland via Wikimedia Commons)

You halted the Obamacare repeal in its tracks.

Someone is going to try and tell you that John McCain did it. Or Lisa Murkowski. Or Susan Collins. But it was you. YOU.

The moment the 115th Congress was gaveled in this winter, you started to do the work. You subscribed to email lists and text alerts. You read breaking news articles and watched cable until you felt like your eyes might fall out. You subscribed to podcasts and scanned Twitter.

They picked up yours when you were the one who was hovering on the edge of despair.

You didn’t give up and you didn't stay quiet. You resisted. Then you resisted again. And again.

I have never in my life seen a sustained grassroots resistance like this one. For six months, citizens have watched their lawmakers with unwavering diligence and held them accountable for their every word. There was nowhere for them to hide.

Think about what you've learned in the past six months. It’s been a crash course in the legislative process for all of us. We’ve had to study arcane parliamentary rules and how to deal with different procedural strategies. Reconciliation. 60 vote thresholds versus 51 vote thresholds. The nuclear option. Motions to proceed. Cloture. Filibuster. Amendments and amendments and amendments.

You didn’t let the master manipulators in the House and Senate scare you off. When they ducked and dodged, you stayed right with them. Whenever they took a shot, you blocked it.

You Might Also Like: 4 Reasons You Can Have My Obamacare When You Pry It From My Cold, Dead Hands

Last night the Obamacare repeal came down to the “skinny repeal," a shoddily constructed proposal that was supposed be a springboard to the next step in gutting Medicaid and undermining the regulatory structure that was created to protect patients from insurance company abuses. It was the final gambit in the months-long fight Republicans have waged to dismantle the most significant healthcare reform law since Medicare. It was a weak, desperate measure that they were resorting to, because everything else they tried before this had already failed.

It came down to three votes cast by three Republican senators. They voted "no," and that was the end. There were no more tricks up leadership’s sleeve. They adjourned and walked away, defeated.

Obamacare lives to see another day.

I have never in my life seen a sustained grassroots resistance like this one. For six months, citizens have watched their lawmakers with unwavering diligence and held them accountable for their every word. There was nowhere for them to hide. You saw everything they were doing and they knew you saw.

You have been amazing. And last night you saw it all pay off.

You did it. Thank you.

If you like this article, please share it! Your clicks keep us alive!
Tags
Obamacare
AHCA
healthcare reform
Senate Republicans
Politics