On Chronic Mental Illness And Hospitalization 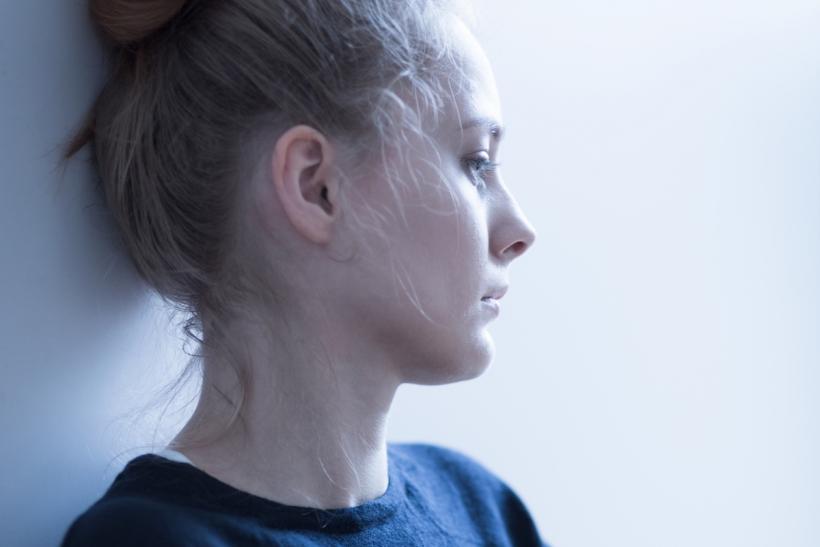 If I don’t treat my depression as a real thing, how can I expect anyone else to?

On a Sunday in July, I lost control of my mind and my body.

Almost of their own bidding, my fingernails dug crevices into my arms, and my hands undid the laces on my shoe — because I could find no other weapon in the downstairs bathroom of the Hammerstein Ballroom, where church was in full swing.

I cried silently into my hands, feeling my mind crack and bleed rationality all over the floor, until the only thoughts that consumed me were this bleating need to die, alternated with a rhythm that begged I ask for help.

I wandered like a lost puppy until I was found by a friend who held me while my knees buckled, by another who earnestly asked me if I needed an ambulance — who got me a bottle of water and some tissues and told me that it was OK if I needed to go to a hospital.

And then I curled up on the floor and moaned and clenched my fists and sobbed uncontrollably when beautiful Dina said, “You’re probably going to hate me…” and told me we were going to a hospital.

Even in the depths of the loss of control, there was a part of me that knew I wouldn’t hate her for making that decision; rather, I loved her for taking the choice out of my hands.

See, I knew, in the back of my mind, that the hospital was the best option. The safest option. My feelings were so overwhelming, so horrifying, that even as we walked to the Uber, I was fighting to withstand the thoughts commanding me to “run away and into the street and hit a car and fly through the air.”

There was something different about this Sunday, though. I knew I was out of control. It wasn’t I who was holding the reins and moving my limbs, who was orchestrating the thoughts in my mind. It was this beast I name Depression, this imbalance of chemicals in my brain that turned things haywire.

I had succumbed so fully into this episode that I knew without a shadow of a doubt what would happen if I went home: I would harm myself.

That’s the only way I know to describe the feelings of that Sunday: pure, unadulterated agony. It lanced through my brain, set every nerve on fire and made my head squeeze and my heart shudder. It made my stomach twist and empty itself as I vomited bile into the toilet. It made my knees buckle until I couldn’t hold myself up anymore.

The depression was so thick, so harsh, that it breathed fire through my body and left me weak for hours.

The decision to come to the hospital was hard, and I fought it at multiple points.

When my friend first suggested it, I shook my head and bemoaned the cost, swearing I couldn’t do it, wouldn’t do it, should just go home.

After a few hours in the ER, I begged to be discharged; they wouldn’t be able to admit me to the psychiatric unit anyway, and I wanted to go home and sink my body into my soft bed and sleep for days.

The next morning, having lost that battle, I again asked for discharge. The ER doctor handed me a cell phone where I spoke to my own psychiatrist, who recommended I stay.

And so I stayed.

If I had a friend with a chronic illness who started to feel the effects of it, I would tell her, without hesitating, to go to a hospital. When I, the friend with a chronic illness, begin to exhibit symptoms of my depression, I tell myself it’s not “bad enough,” that the hospital is a “last resort,” that I can’t be “dependent” upon it. That I have to live life on my own two feet.

On the one hand, yes, that’s true; I need and want to be as self-sustaining as possible. But, the truth of the matter is I have a sometimes crippling chronic illness.

It affects me. It affects my relationships, my career, the way I live my life on a day-to-day basis. Trying to avoid that truth, trying to pretend it isn’t the case, not only makes my life worse, it also contributes to negative stereotypes and stigmas regarding mental illness.

If I don’t treat my depression as a real thing, how can I expect anyone else to?

This isn’t me saying I’m going to check into the hospital the next time I have an episode. It remains a wildly expensive disruption in the life I’m trying to lead. But maybe next time I feel as out of control as I did that Sunday, I’ll be more open to the idea.

If my friend had diabetes and hadn’t been taking her insulin shots and was on the verge of a collapse, I wouldn’t think twice about the hospital.

And just like I would try to convince her to be better about regularly taking her shots, I need to remember to be better about taking my medication and keeping as healthy as possible. There are things I can do to mitigate my disease — I can take my meds daily, get enough rest, eat enough fruits and veggies and walk to work for a little bit of exercise. I can stay connected to my friends and family — the support system I need, I can regularly go to my doctor’s visits and therapy appointments, I can indulge in things that bring me pleasure.

We don’t blink when sick people take steps to be as healthy as possible, and we don’t bemoan their hospitalizations should they momentarily lapse.

We need to treat mental illness the same.