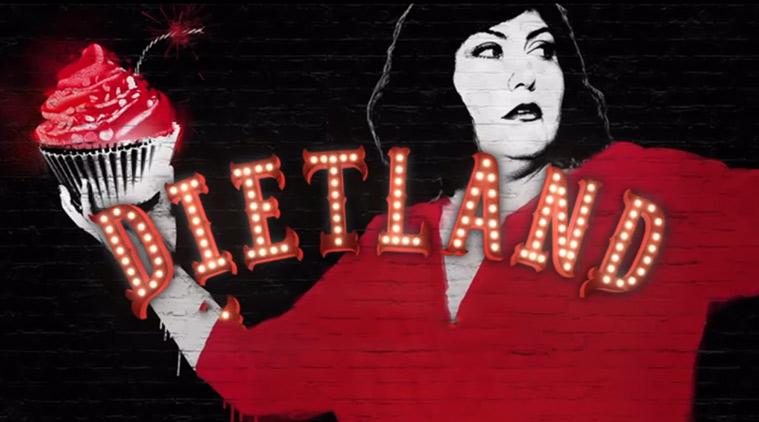 Dietland is canceled. Insatiable will return. Because of course, it will.

Today in, Of Course, The Fat Girl Gets The Boot: Dietland is canceled. Yep the (apparently not popular enough) AMC show has received news that it won’t be renewed for a second season.

Here’s another thing that’s not shocking, Insatiable will return. Because of course, it will.

Here’s the thing, what’s a better story? A fat woman finds joy in her body and lives her life happily by banding together with other fat babes to kick some patriarchal ass? OR, a fat woman becomes thin and takes skinny, beautiful revenge on everyone who has done her wrong?

It’s the first one. (In case that wasn’t implied.) But no, not at the networks. At the networks, it’s all skinny girls all the time.

In case you haven’t heard of Insatiable, it’s some fatphobic bullshit that never should have been produced in the first place. I don’t want to talk about it. You can read about it here.

What I do want to talk about is this — when will the world pull its collective head from its ass and not only notice but admit that fat people are both worthy of roles as protagonists and also really outstanding humans? Is the answer never? I fear the answer may be never.

Because just when we think we’ve made some headway, gone a few steps forward, actually effected change in the media, boom here comes a skinny girl or a rich white dude to remind us that our worth is indeed inversely proportional to our weight. A not so subtle reminder that we are not the popular girls. The boys are not lining up for us. We aren’t at the top of the cheerleading pyramid. We aren’t superstars. We aren’t headliners. We are the supporting actress, the funny friend, the jovial physical comedian.

It’s not Joy Nash versus Debby Ryan — but it actually kind of is, isn’t it?

Not because we necessarily want it to be that way, but because we’ve all been raised in the same culture — the one that reveres the thin and vilifies the fat. We watch the thin girls. And yes, "we" does also include fat people. Being fat doesn’t insulate you from the deeply held belief that fat is inherently bad. Not just the actual organ fat (and it is an organ), but the adjective type as well.

I would argue that no marginalized group of folks will more readily turn its back on each other than us members of The Fat Club. Here’s why: because, at the heart of it all, many (if not most) of us either A. know it’s physically easier to be thin in a world designed for smaller people, or B. hold the belief so deep that it’s almost religious that thin is simply better.

So yeah, we can blame the execs at the head of the table for the cancellation, but we can also sort of blame our entire culture (or at least the part of it that would choose Insatiable over Dietland purely for the aesthetics). We are buying into the bullshit they are selling. Lock. Stock. Barrel. Put all your money on diet culture, the beauty industry, and cosmetic surgery because that’s the market that’s a sure thing. You can bet your bottom dollar on thin, white, and beautiful; it wins so much more than it loses. It’s a solid investment.

I would also argue that until we can really assimilate into a group of folks demanding representation in media, we will continue to suffer the fate of cancellation. In fact, assimilation might not even do it, but it can’t hurt. The next thing coming down the line is Lindy West’s new show based on her book Shrill and most definitely will be featuring a fat woman. Head’s up. We have work to do.

Also, rally around the show by assailing AMC with tweets until they listen.