When Divorce Breaks Up Friendships, Too 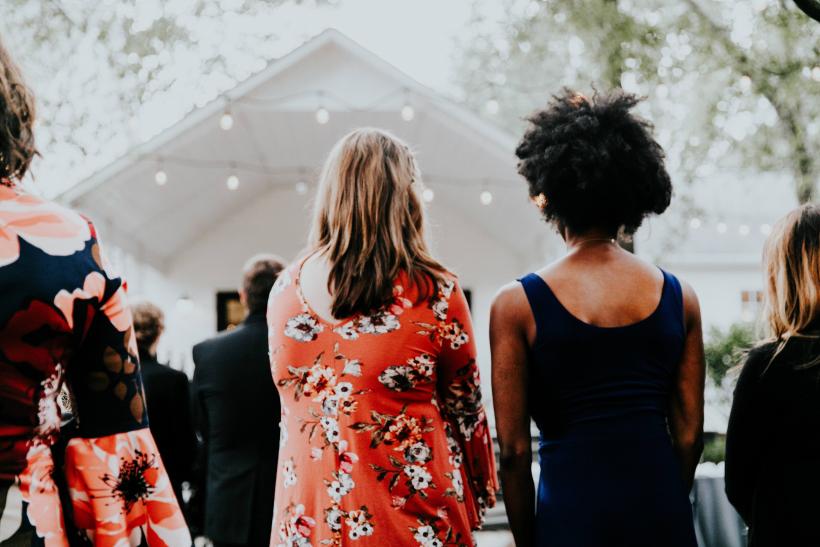 Photo by Hannah Busing on Unsplash

“I didn’t realize you were inviting Lauren to the dinner next Thursday. I’m not comfortable attending with her there, after the breakup. Hope you understand.”

You’d think I’d carelessly invited two people from an ill-fated relationship to the same dinner party, right? Nope! Gretchen, the emailer, wasn’t one of the two people who'd recently ended their long-term relationship. She, like I, was part of a large group of folks who hang out together now and again (we all go to the same gym). She, like I, was friends with both the man and the woman who last month stopped seeing each other.

Why is it that when the fairy tale ends, people friendly with both parties so rarely maintain both connections?

“I don’t understand.” I wrote back, getting upset. “Steve isn’t going to be there. Just Lauren! So, shouldn’t be uncomfortable, if that’s what you’re worried about.”

“I’m sure there are two sides to every story,” Gretchen replied. “But I’ve been spending a lot of time with Steve. He’s in a lot of pain. I just would rather not hang out with Lauren. Best if I catch you some other time.”

She wasn’t concerned about social awkwardness; she was choosing sides.

Why is it that when the fairy tale ends, people friendly with both parties so rarely maintain both connections? When my ex and I split, I watched in confusion when some of our shared friends ghosted me and was dismayed when I realized they hadn’t done the same with him. It hurt. Gretchen’s decision opened that scar right back up.

Some of the divvying seemed by gender. The few single women we both knew stuck with me and the sole single guy gravitated toward him. But the still-married couples divided themselves up by some formula to which I had no access — when they’d met each of us (they honored the longer friendships), who had the tighter connection (if the husbands were buddies, the wives ditched me), or maybe just who was I better cook (sadly, he).
Gretchen’s decision stung.

Shouldn’t that be avoidable? Why did she have to cut Lauren off? Why couldn’t each relationship continue, reconfigured? Why couldn’t people see my ex on a Thursday and me the following Tuesday? Did they fear I would pump them for gossip? Worry that they’d spill some? Did the big scarlet D on my forehead make them fear impermanence in their relationships? That our breakup was contagious?

Fearing I’m the outlier on this one, I canvassed some friends on their takes on Gretchen’s declining to have dinner with Steve’s ex.

“Well, I wouldn’t say I ‘choose sides’ when a couple splits,” one woman said. “That makes it seem like I make a deliberate decision on whom to ‘support,’ which I don’t. But, yeah. Usually, out of a couple, I’m much more one person’s friend. The other partner kind of came along for the friendship-ride. So after a breakup, I worry that my closer friend will feel betrayed or angry if I’m sociable with the ex, especially while the breakup is raw. I get why your friend doesn’t want to attend. Fraternizing with the enemy,you know?”

Wait! I have a workaround! Couldn’t someone (Gretchen) simply ask the closer friend (Steve) for clearance to hang out with the ex (Lauren), and therefore still come to my dinner?

“Ummm…I’m not sure I’d put that much thought into the whole thing. I’d just hang out with the person I know better,” she admitted.

Okay, point taken. Relationships aren’t equivalent in duration or intensity. Probably you met one person first, and their partner subsequently got folded into your life, for dinner, for movies, for drinks. Naturally, you’d gravitate toward the closer connection.

But, still. Did it have to be either/or?

Given the high emotions around a breakup, apparently so.

“Maybe your friend doesn’t want to even talk to the ex,” a second friend posited. “Maybe she identifies with their problems. I mean, what if she truly feels like she’s in the breakee’s shoes? She knows that spending time with the ex will bring up negative feelings for her. So maybe she’s not thinking as much as just reacting.”

A third pal pointed out that I have no idea what’s really going on in Gretchen’s head. She said she was uncomfortable and I should just accept that.

A fourth told me I was too idealistic and that judging people is a pretty standard human reaction.

Armed with the possibility that I was overreacting to the entire issue but still feeling somewhat bruised, I circled back to Gretchen.

“I just would rather not hang out with Lauren,” she’d written. I’d taken that to mean she was a) choosing, or b) over-empathizing with Steve, and/or
c) vilifying Lauren. Which I’d also taken to mean that my ex’s friends had gone with all or one of the above, too.

Turns out that Gretchen’s decision, though, was ‘none of the above.’

“My not coming to dinner isn’t about my taking sides. That’s not it. The fact is that I now know so much of Lauren’s dirty laundry that seeing her would be unfair… to her. She doesn’t know intimate details of my life. But I know a lot of hers. It’s a weird emotional imbalance. Smiling at her over a meal would just feel wrong.”

So maybe, despite Friend Four’s dour views on human nature, I was too quick to judge Gretchen’s behavior.

And maybe, despite my own pain, my old friends’ behavior wasn’t all about me.

And surely, if I want to reclaim those lost friendships, I can still reach out to them and say, well, just that.

If you like this article, please share it! Your clicks keep us alive!
Tags
divorce
Relationships
marriage
Friends
Friendship

When Divorce Breaks Up Friendships, Too
Amy L. Freeman