Ask Erin: How Do I Deal With Friends Who Are ALWAYS Late? 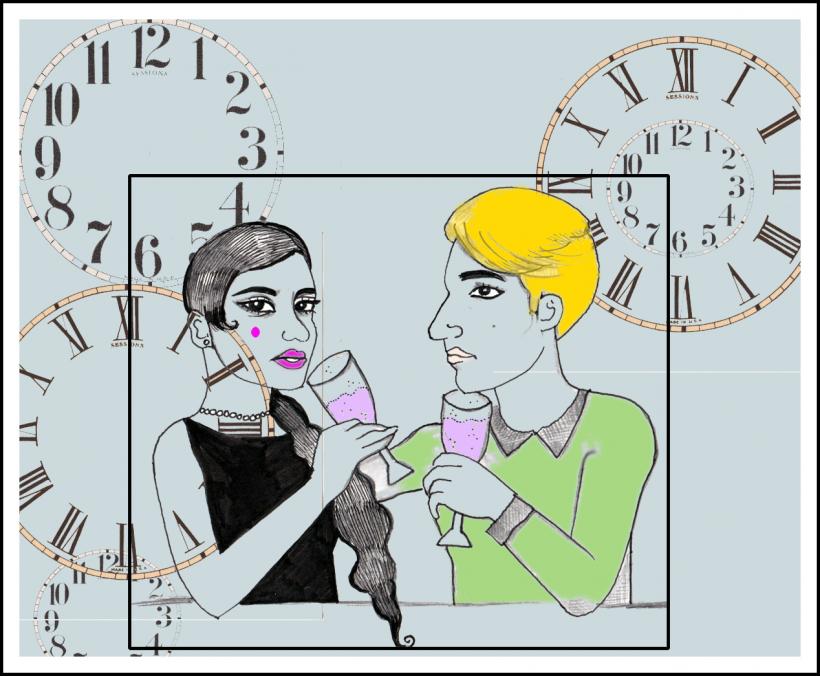 I don’t know if this is up your alley, Erin, but I’m hoping you can help.

My husband and I are good friends with another couple.

We love them dearly, but they have no concept of time.

When we’re over there, they’ll often disappear upstairs for ages (not for THAT reason; she’ll randomly have a shower while we’re hanging out and not come back down for 45 minutes, for example).

When they come here, we agree on a time, and they always text just as I’m putting dinner in the oven to say that they’ll be an hour later than anticipated. (Usually when our kids are in the process of going to bed.)

I know not every family is like ours. He was raised to be 15 minutes early for everything, and my parents were always running 15–30 minutes late, which made me punctual when I moved out because I know it isn’t respectful of people’s time to be late.

She’s from a South American country originally and time isn’t quite as rigid a concept there.

How can I communicate that they aren’t being respectful of our time without offending them — or worse, without them really hearing us and making a change?

Or am I wrong to expect and hope for that?

Although I can, on occasion, be tardy, chronic lateness like this really gets under my skin.

Your time is valuable, and it’s reasonable to expect that our friends believe that too.

So, what to do? As in most situations, I believe in a direct and thoughtful approach.

Tell them the truth.

Let them know that with your busy life, scheduling is essential. When they are an hour plus late, it throws you off. Additionally, it's okay to let them know that it makes you feel disrespected. If you are closer to one of them, you could speak to them privately, unless the two of you want to approach them, couple to couple.

They may be surprised at how late and how often this occurs.

I know when I’ve been late in the past, my mind has crunched the numbers to “oh, I’m going to be 15-ish minutes late,” which could mean a half hour. You can remind them of the past couple of times they were late and how that impacted you.

Set meeting times ahead by a half hour.

I have a few people in my life who are always late. Once I started just telling them we were meeting 30 minutes earlier than we were, I saved us both a lot of stress. And, should they actually be on time, it might be a good lesson!

After you’ve had the conversation, set a boundary for how long you will wait.

Again, setting a boundary around your very valuable time is totally okay! When you make plans, ask them what a realistic meeting time is. Once you’ve set the time, give them a time frame of availability. Say you have dinner plans at 7. Let them know how much you are looking forward to it, and that if they’re running more than 30 minutes behind (or 20 minutes or whatever you’re comfortable with), you will have to reschedule.

As with most things in life, clear communication and boundary setting are essential. Good luck!

The information within Ask Erin should in no way be interpreted as medical advice because I'm not a medical professional. But I am here to help — to share with you the wisdom I've gained after years of making mistakes. If you have a question for me about relationships, addiction, dating, friendship, depression, sex, consent, what I’m reading, Citrine, or anything at all, use the contact form below or email me at askerin@ravishly.com. As always, your anonymity is golden. Lastly, I’m so excited to share my Ask Erin Self-Care Guide, free when you sign up for my weekly newsletter. xoxo

If you like this article, please share it! Your clicks keep us alive!
Tags
Ask Erin
advice
Friends
always late
tardy