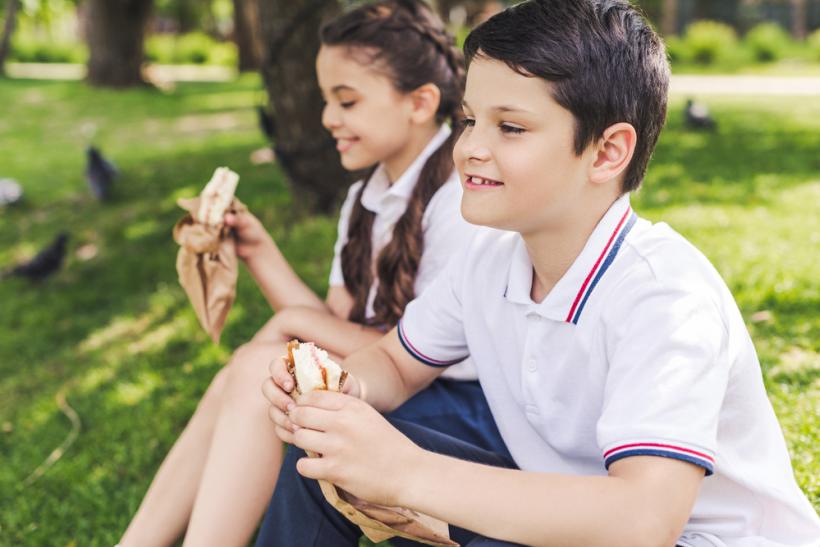 Every parent wants to raise a kid with a conscience — someone who'll do the right thing even when no one is watching.

Every parent wants to raise a kid with a conscience — someone who'll do the right thing even when no one is watching. But when the road to online integrity is riddled with cyberbullying, cell phone cheating, sexting, and other risks, trusting your kid to be conscientious feels like a leap of faith. Here's the good news: Studies show that kids actually have a strong grasp of right and wrong as early as the toddler years, and parents have a huge influence on what kids learn about how to behave. The parenting you've been doing — role-modeling, keeping the lines of communication open, and finding ways to instill the kinds of character traits you value — is an excellent foundation for raising a kid with a conscience, both online and off. You can make even more of an impact using the media and technology that your kid loves, such as YouTube, Netflix, Snapchat, and Instagram, to model positive behavior and good judgment.

It's safe to say that there's nowhere more challenging for our kids to make good choices than in their online lives.

The thing is, many kids get their first phones and other devices at a point in their lives when common adolescent stressors such as peer approval and separation from parents play a huge role in their decision-making process. Their ability to feel empathy, have integrity, and use their best judgment — especially in anonymous digital environments that feel consequence-free — is still a little wobbly. That's actually OK. To have a conscience, kids need to experience — and learn from — the natural dips and valleys that happen along the way to becoming the person they (and you) ultimately want them to be. Yes, online mishaps are real and can be risky, but showing forgiveness, helping kids bounce back, and working through ways to do better next time is the best way to ensure your voice will be in their heads to guide them even when you're not there.

Once kids enter the tween and teen years, outside influences including their peers and their media begin to shape their sense of right and wrong. Movies, TV shows, and social media can all be super effective in guiding kids toward making more choices that are positive and productive than ones that reflect poorly on them, make them feel not-great about themselves, or actually get them into trouble. Tweens and teens enjoy wrestling with complex ideas and discussing ethical behavior. Here are some ideas to help them develop these abilities:

On your next family movie night, choose a film or TV series that promotes the "soft skills" such as empathy, gratitude, and integrity. After the show, talk about what traits you value and how your family can focus on and strengthen them in your daily lives. Consider having a "character day" where everyone practices a skill such as gratitude. This helps kids see how they make right-vs.-wrong decisions even in their everyday interactions.

Share uplifting, inspirational viral videos, memes, and quotes. Yucky stuff tends to crowd out the good stuff in our social media. But there are a lot of soul-nourishing images and ideas out there if you look for them and reflect on them as a family. Follow feeds from Upworthy, Mental Floss, and even the kid-authored Scholastic Kids Press Corps to see stories that are hopeful and age-appropriate and that restore faith in the world. When kids see positivity in action, they're more likely to pay it forward.

Ask about their online experiences.

Tweens and teens see the good, bad, and ugly when they text, use social media, or visit comment-rich sites such as YouTube, Instagram, and Reddit. Ask your kids about the online behavior they witness, how they feel about it, and whether negative comments influence them to behave a certain way — good or bad. Talk about choices they make in both their "real" lives and online. Ask questions such as, "What would you do if a friend were being cyberbullied?," "If you felt someone dissed you online, would you respond?," and "What was the nicest text you ever got?" to get kids to think about the responsibility we have to others in digital environments.

Many kids really look up to athletes and want to act like them. If your family enjoys watching sports, the Olympics, or other athletic competitions, call it out when players, opponents, and teams treat each other with respect on — and off — the field. Though games feature plenty of aggressive behavior, there are always those sports stars whose fellowship shines through. Ask your kids about players they admire for their sportsmanship and why.

While you might be familiar with popular stars such as Taylor Swift and Chris Pratt, kids avidly follow "internet famous" folks on YouTube, Snapchat, Instagram, Twitter, and TikTok. Web celebs are hugely influential, so ask your kids whom they follow (and on which social media platforms), and talk about the stuff they post. Set up Google Alerts or follow some of their favorites so you can pepper your conversations with questions or observations from their world. Steer your kids toward positive role models on YouTube and compare feeds from various stars. Ask, "Have you ever seen anything inappropriate from an Instagrammer?," "What do you think is OK to post and what should remain private?," and "Who has the best Snapchat feed, and why?"

If you like this article, please share it! Your clicks keep us alive!
Tags
parenting
kid with a conscience
conscience
social media
role models