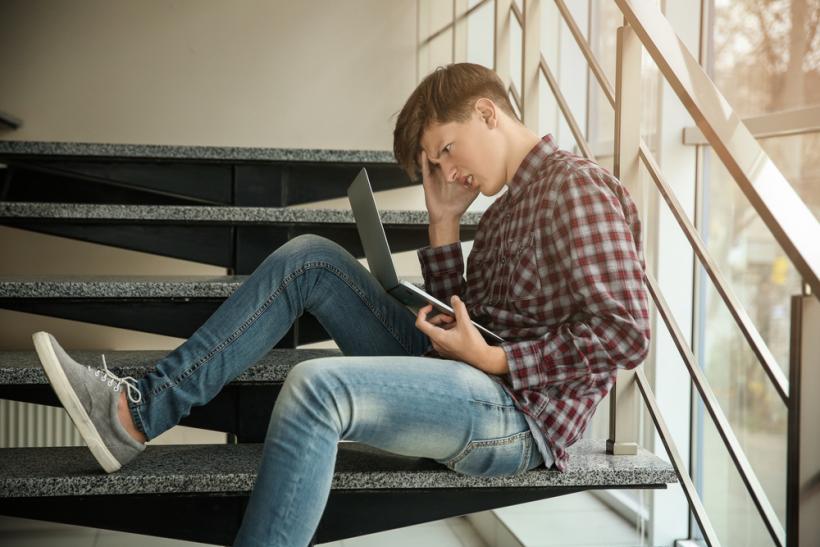 Hate speech is all over the internet.

Hate speech is all over the internet. Fueled by trolls, extremists, false information, and a group mentality, this kind of cruelty against a religion, ethnicity, sexual identity, gender, race -- or anything, really -- has reached a fever pitch. And while some kids will be attacked, and some may be swept up in the powerful rhetoric, the vast majority of kids will be victims of everyday, casual exposure. Just by playing a game on the internet, looking up a definition, or maybe checking out some music, they'll encounter some of the most vile and offensive words and images that can be expressed in the comments section of a YouTube video, a meme in their feed, or a group chat. The intensity of these ideas, the frequency with which kids see them, and the acceptance by so many that it's just part of internet life mean that it's critical to talk to kids about this difficult topic. They'll be much better equipped to handle whatever comes their way when they can talk to you about all aspects of hate speech: what it is and why it's hurtful, what to do when they encounter it, and even what to do if they're drawn to it.

Hate speech is actually legal under the First Amendment -- unless it specifically targets someone, includes threats and harassment, or creates a hostile environment (such as at school or work). But the line between what's OK and what's absolutely unacceptable is still very much up for debate in the digital age. And when you think about it, today's kids are guinea pigs for the giant social experiment of free and open public speech. On one side are mainstream sites like Instagram, Twitter, and YouTube trying to walk the tightrope between freedom of expression and decorum. Their unsuccessful attempts to tamp down the hateful rhetoric on their platforms send a mixed message to kids. Are tech companies really that dedicated to free speech, or do they just want more users? On the other side are fringe sites like Gab and 4Chan whose no-holds-barred forums test the boundaries of free speech -- which the companies defend as fiercely as their offensive views. But when kids see the horrific race-, religion-, and gender-based attacks committed in the real world by members of online extremist groups, they must wonder why adults can't stop these hate crimes.

Let's be clear: The internet didn't create hate speech. Although it may change some people's minds, the internet (and specifically social media) simply provides a place for people to express themselves. But the idea that exposure to hateful ideas is a necessary evil for the right to say whatever you wish doesn't account for the role of the internet itself. The online world is rife with false information, which is easily created, easily distributed, and easily believed by those who want their own hateful ideas confirmed. And remember, tech companies profit off connecting and engaging people -- and nothing gets people going like inflammatory ideas.

Somewhere in this mix are your kids, who are stumbling into online spaces that are confusing, scary, and shaky. We can't -- and shouldn't -- rely on the tech companies to figure it out. We don't have that much time. And plus, they have too much skin in the game. Ultimately, hate speech is an area where sharing your own family's values -- around compassion and tolerance, appropriate communication, and empathy toward other -- sets a stable path forward for your kids to follow even in unsettled times. Here are some ideas for you to discuss with your kids and tips to handle hate speech.

What is hate speech? Look up the definition of hate speech and talk about whether your kids have encountered it. It may have been just a word, or it may have been in a video or a meme. How can you tell if someone is trying to be funny or their words are intended to hurt?

How does hate speech affect people? How would you feel if you were a member of the group targeted by cruel language? Does it matter if you're exposed to it a lot or a little? Are people with different social statuses -- for example, a popular kid vs. a loner type -- affected differently?

What's the difference between hate speech and cyberbullying? If someone is trying to hurt someone, or knows that they're hurting someone, and does it repeatedly, that's cyberbullying. When someone expresses vicious views about a group or toward an attribute of a group, that's hate speech.

How far does the right to free speech go? Is there a clear boundary between free speech and hate speech? What is it? Should people have the right to say and do whatever they want online? If people's feelings are hurt or they're offended, they can just go on a different site, right?

Does hate speech lead to hate crimes? Convicted killer Dylan Roof, accused murderer Robert Bowers, and others accused of hate crimes left clues to their murderous views online. Should there be a place for people with extremist leanings to gather and share their ideas online, even if they're offensive and threatening? Or not?

What responsibility -- if any -- do technology platforms have? Should Instagram, for example, be held accountable to victims of hate crimes committed by users who posted hate content? Should they try to bring people together, either through dedicated spaces, new algorithms, or other methods?

Why are certain people attracted to hate groups? It's natural for tweens and teens to want to join groups, and sometimes groups devoted to hurting others make certain kids feel more powerful. Kids who have pent-up anger or insecurity about other things in their lives may be attracted to groups that feel protective and united. Can you imagine why someone might be swayed by hate speech rhetoric?

If you like this article, please share it! Your clicks keep us alive!
Tags
hate
hate speech
cyberbullying
social media
online behavior
parenting