Viva La Vagina Week 2: My Husband's Noble Quest To Give Me A G-Spot Orgasm 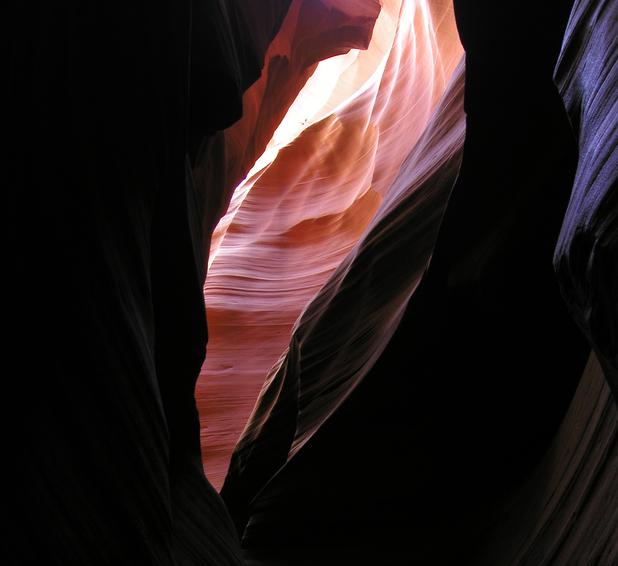 All of the Yoni Focus really brings the Yoni in focus.

Just kidding; no there’s not.

JUST KIDDING; yes there is.

It’s easy to forget because everyone is all about the almighty O, but sexual pleasure doesn’t begin and end in a thrashing, seizure-like situation. (Well, sometimes it does, but also sometimes it doesn’t.)

Four sentences in and I’m getting bothered.

Viva La Vagina Week 2 was all about “healing and awakening the vagina through physical and visualization practices,” including the G (spot, that is). And while I know I have one, and I’ve felt it, I’d be a liar if I told you I ever associated it with pleasure until like a year ago. That’s when I was doing some Very Scholarly Research for an article about female ejaculation and one of my readers was kind of enough to give me a play-by-play of hers.

Boy, did I learn Some Things.

Whether you think woman can squirt their own version of lady-jizz like a geyser, or if you’re in the “that’s definitely pee” camp, the undeniable truth is all that happens from G-spot stimulation. And so it was, at age 41, that I had my very first G-spot orgasm.

I gave it to myself and it took… a while. This is normal. I guess up to 45 minutes even.

Once I realized that this is A Thing that I Can Do Myself, I got maybe a wee obsessed.

So, finding my G-spot and spending time with it was unexpectedly transformative. Then I went about my life and things happened — I had a bout of depression, I was traveling, my husband and I were fighting so I wasn't thinking about sex at all, and so on — and I sort of forgot about my G-spot all over again.

Week 2 of Viva la Vagina kicked off with Going Inside (yes, the vagina), followed by exploring the use of breath and sounds (open throat = open yoni y’all — I learned that one from Ina May Gaskin). Then it was the practice of Yoni Massage (and the hunt for the G). After that, we did a cervical awakening (which I skipped because I blessedly have no cervix since my uterus literally tried to murder me).

By mid-week, I was tired from all the vaginal introspection, but I soldiered on to the womb clearing and then circled back round to the Yoni Massage because it’s my life and I do what I want.

As I mentioned in Week 1, all of the Yoni Focus really brings the Yoni in focus, if you get what I’m saying.

So I invited my husband inside.

To find my G-spot.

This probably doesn’t seem revolutionary at all to many (most?) of you but please refer to previous statement about internalized shame.

Let’s just say, he found it. The fact that I never asked him to even look before taking this class isn’t the point. The point is, hallelujah, it has been found.

Because I have no sense of privacy or shame, I asked him if he wanted to give me a quote for this article. 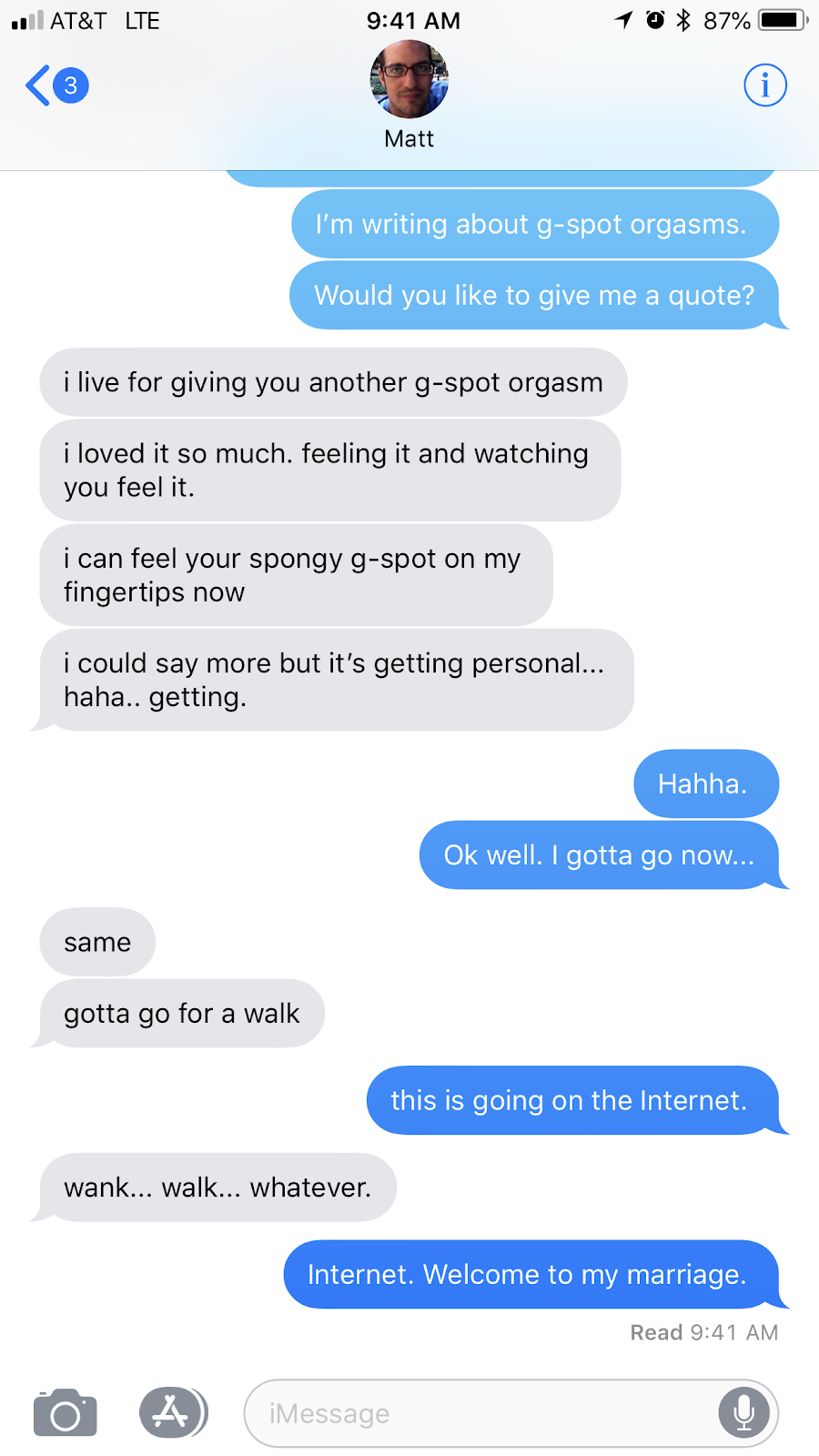 G-spot orgasm that is partner provided I think might even be better than one self-given.

I want to tell you how to have a G-spot orgasm (just in case you were also an over-sexualized child who has internalized shame) because you DESERVE IT, but you don’t need me. The Internet can do this far better than I ever could. Enter, Cosmo. Prefer a video? Here’s a good one. ENJOY!

Join me next week for some clitoral action!

If you like this article, please share it! Your clicks keep us alive!
Tags
orgasm
partner
g-spot
vagina
viva la vagina
Sex