I Can Smoke Pot Legally & Safely, But I Won't Forget The People Who Still Can't 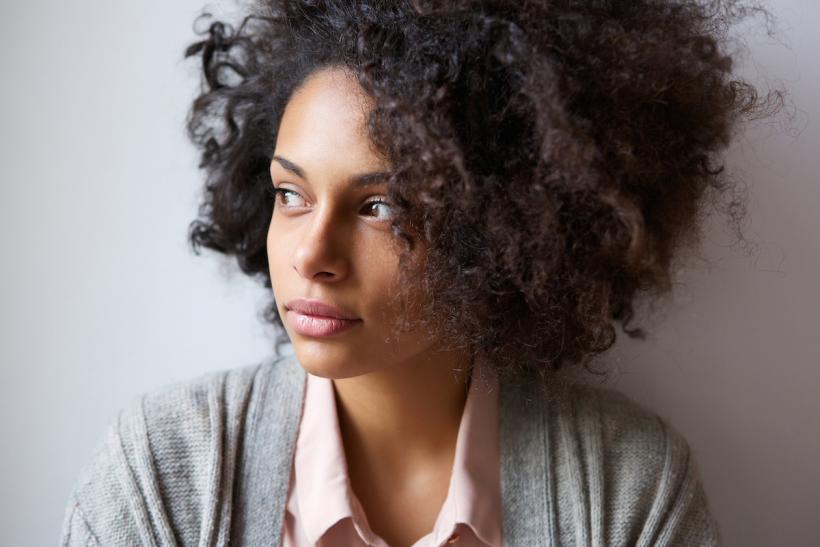 I have suffered from extreme anxiety as long as I can remember. In elementary school, I spent most mornings before school in the bathroom because my stomach was ‘running off.’ “The doctor says she has a nervous condition,” my mother would say. While true, that description didn’t tell my mom that I was sick from the stress of being bullied constantly. School day after school day, I was ridiculed for every aspect of my identity — my hair, my clothes, and my engagement in class discussions. Luckily, I found relief when my pen could touch paper. Writing was therapeutic and helped me escape my thoughts. But the stress of my childhood rode me well into adulthood and made my mind a place of constant torture.

I spent months at a time hating life and overthinking every detail. I was in and out of counseling and things weren’t improving. With hopelessness, I accepted the label of “high anxiety.” I felt like I had no control over my though so one day, I took a risk. I drove to my local dispensary and sought relief through cannabis.

Though unexpected, my first weed purchase changed my perspective on life.

At the dispensary, they asked questions I didn’t understand and used names I wouldn’t remember. I bought the weed and a lighter, and walked nervously out of the store. I didn’t know what I was doing but I was determined to try. When I got home I lit the joint anxiously and feared the worst. My first high felt like a new world. Suddenly, a switch had been flipped and life was uncomplicated. A million racing thoughts? GONE! Negative self image? Vanished! Finally, my life wasn’t ruled by angst and my mind had slowed down. It was a peaceful day and sleep came easy.

When I woke up, I felt panic paired with shame. In my head, I replayed the criticisms I’d heard of “weed heads” back home. I knew my family would never understand. But in this new place, I was free to do whatever was necessary to feel better, so I sought out people who would understand. I had meaningful conversations with strangers about deeply buried pain. I enjoyed talks about the world, religion, and eventually about weed. I discovered there were many people like me who smoked to escape the stress of the world. But what about those back home? Why have so many served sentences for something that is legal in many places?

"No one deserves to have their life ruined for a small bag of weed."

I recently saw an article about a former classmate. Initially, I shook my head in disappointment, feeling no sympathy at his choice to break the law. But, as I read further, I was plagued with guilt. He had also been in possession of marijuana. Reading the terms of his sentence evoked feelings of fear. Had he lived in another state, he likely wouldn’t have been incarcerated at all.

My house is less than 15 minutes from the Colorado border. Thanks to proximity, I can travel back and forth with no worry that I am breaking the law. But each time I cross the border I am plagued with guilt triggered by my locational privilege. Though marijuana is legal in many places, it has been used to criminalize certain groups. Marijuana offenses often go on criminal records and have the potential to limit access to jobs, housing, and loans in places it isn’t legal.

Who deals with this the most? People who look like me.

I often think about the people in my hometown whose lives were ruined because they live in the “wrong” state. That same stigma causes me to feel horrible after I smoke. Suddenly, being an honor graduate, intellectual, and a hard worker are all irrelevant, and I am imagined as a criminal. Of course these associations are made by people who don’t know my story. As a woman of color, smoking has the power to make me a criminal.

Black people are 3.73  times more likely to be arrested nationally for possession of marijuana than whites. Seeing those numbers illustrated the biases in the system and highlighted the complexities of marijuana criminalization. This research caused something to click. Who was I to judge another's “crime”? The people back home weren’t the lepers my community and the judicial system painted them be. They were people trying to escape pain and disappointment the only way they knew how. They aren’t bad people, and neither was I.

No one deserves to have their life ruined for a small bag of weed. My experience with weed and anxiety has showed me the flaws in our legal system. Since that first high, I’ve smoked a few more times and I feel guilt each time. I know smoking helps my anxiety and I’m working to overcome that guilt. I’m a lot less judgmental now and I understand many who smoke are dealing with issues like mine. I hope with time, we will reform the selective policing of marijuana. Until then, I will start at the ballot box.