I'm Not Pregnant, But I Look Like I Am 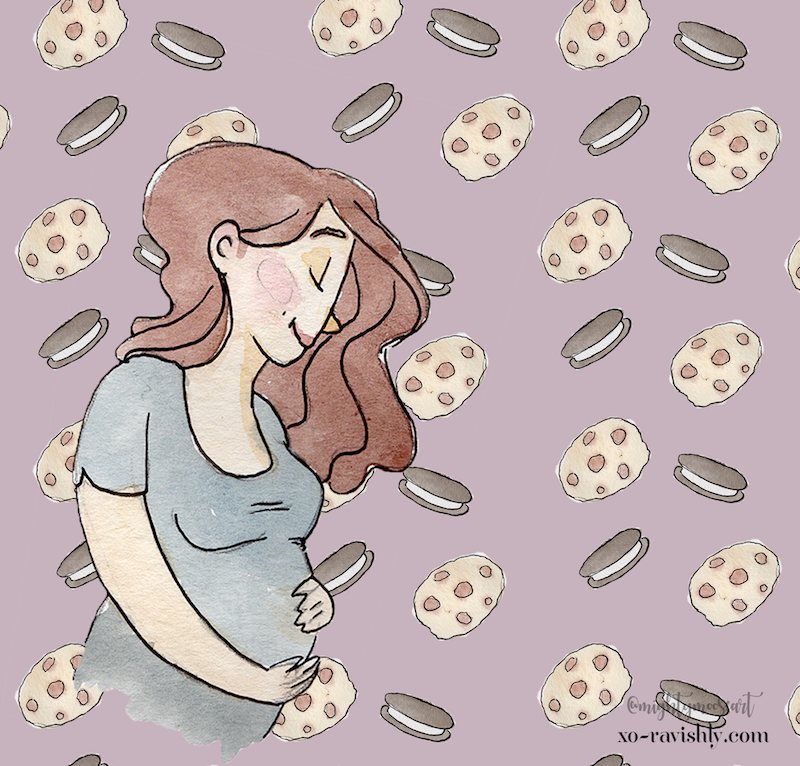 I definitely look at least five months pregnant right now — six if I were a thin person.

I’m not pregnant. A robotic arm took my uterus out about nine months ago, so I don’t even have a thing to be pregnant IN. There is a chance that a baby could implant in my abdominal cavity, I guess, but I’m pretty sure this is mostly Oreos.

About a year ago I was telling my dad how I thought I looked a lot like his mom. I was perusing family photos when I came across one that must have been taken around 1955. 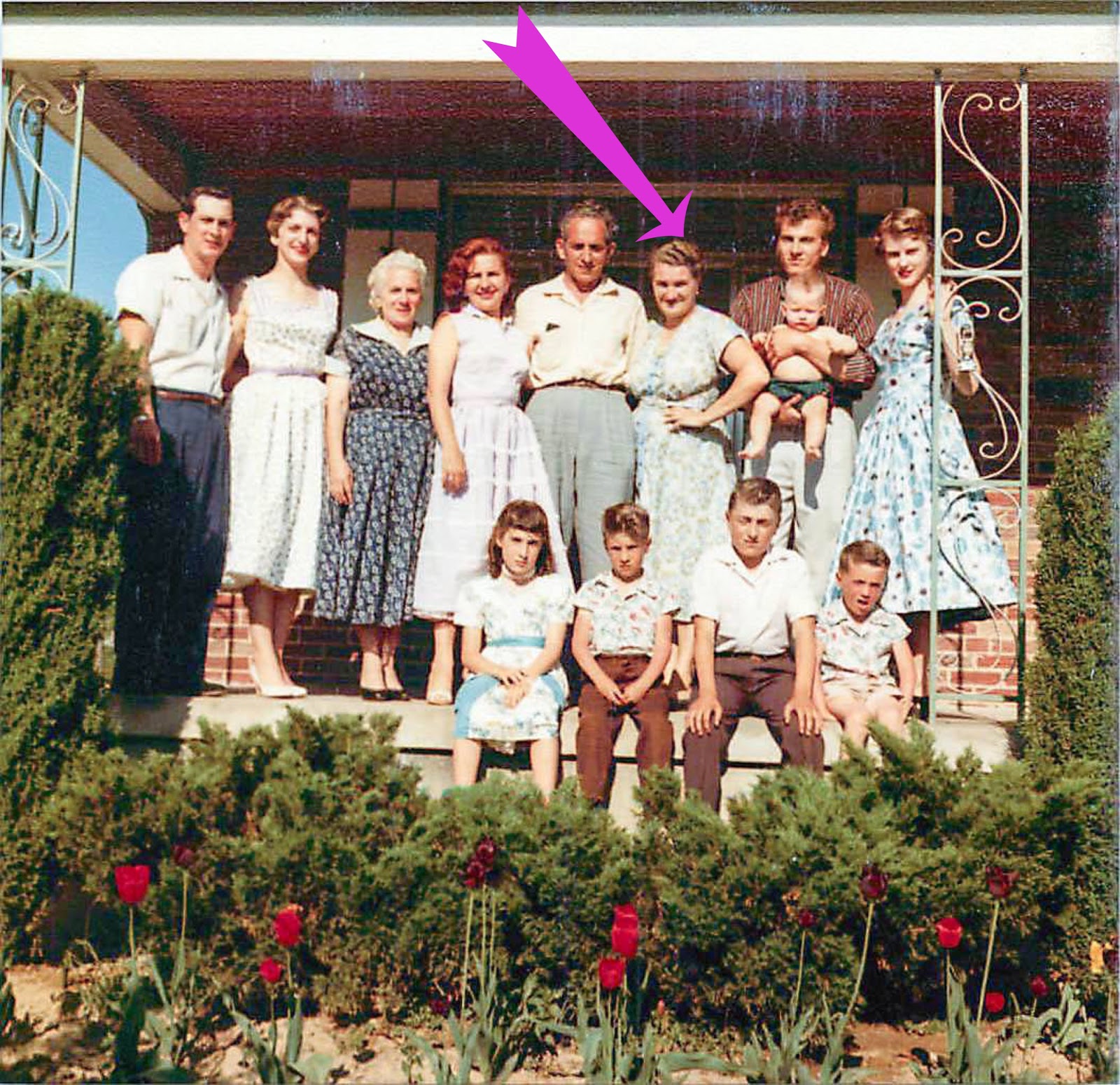 The arrow is pointing at my grandmother’s hair.

I don’t know if I look at all like Marie, but I want to. Not because she’s particularly beautiful — I think we can agree she looks like if you crossed her, she’d slap you with a schnitzel — but just because I want to look like someone I admire more than my mother. When I told my dad I see a lot of myself in his mom (or her in me, whichever of those makes sense), he agreed, yes I did look like his mom, stout and perpetually pregnant. (No mention of schnitzel.)

By the way my dad talks about his mother, I don’t think she was a very warm person. His childhood sounds a lot like Lord of The Flies — only more Jello and less ocean. His memories of her are mostly dumplings and her pregnant belly.

I wonder sometimes if she cared about that belly. I wonder if she was grateful for the lives it created or pissed at the Catholic church for telling her she couldn’t use birth control. I wonder if her figure, whether it looked pregnant or not, was even on her radar. It takes a long time to make dumplings for nine people. Truly, she was probably too busy putting one foot in front of the other to care too much about her pregnant-not-pregnant belly.

I don't care how pregnant I look.

Privilege affords us a certain amount of vanity. If you aren’t worried about trying to get laundry out to dry and scrubbing a floor on your hands and knees because the Spin Mop hasn’t been invented (and also you don’t even have a TV to see the infomercial about it), and trying to learn to speak English and look American, when you so obviously are German, you have a lot more time to worry about your figure and if it’s aesthetically pleasing.

I can’t remember any time in my life, before the last three years, that I wasn’t worried about some aspect of my body. Even when I was poor and could barely feed everyone, I was still obsessed with my weight.

But I’m not that way now.

I don’t know if I can say for certain how I decided that I wasn’t going to lose another minute of my life to worrying about my wrinkles or age spots or pregnant-not-pregnant belly. 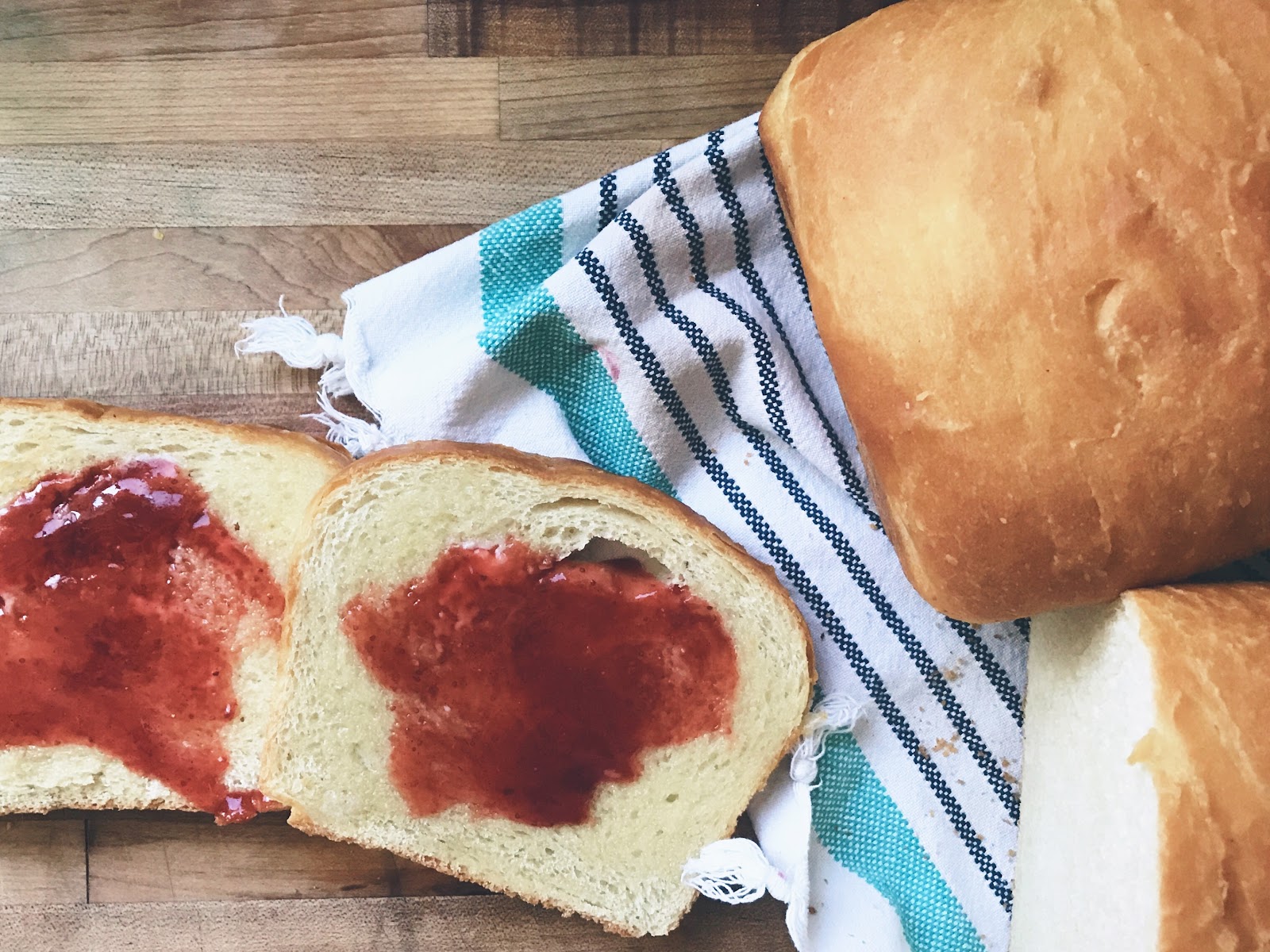 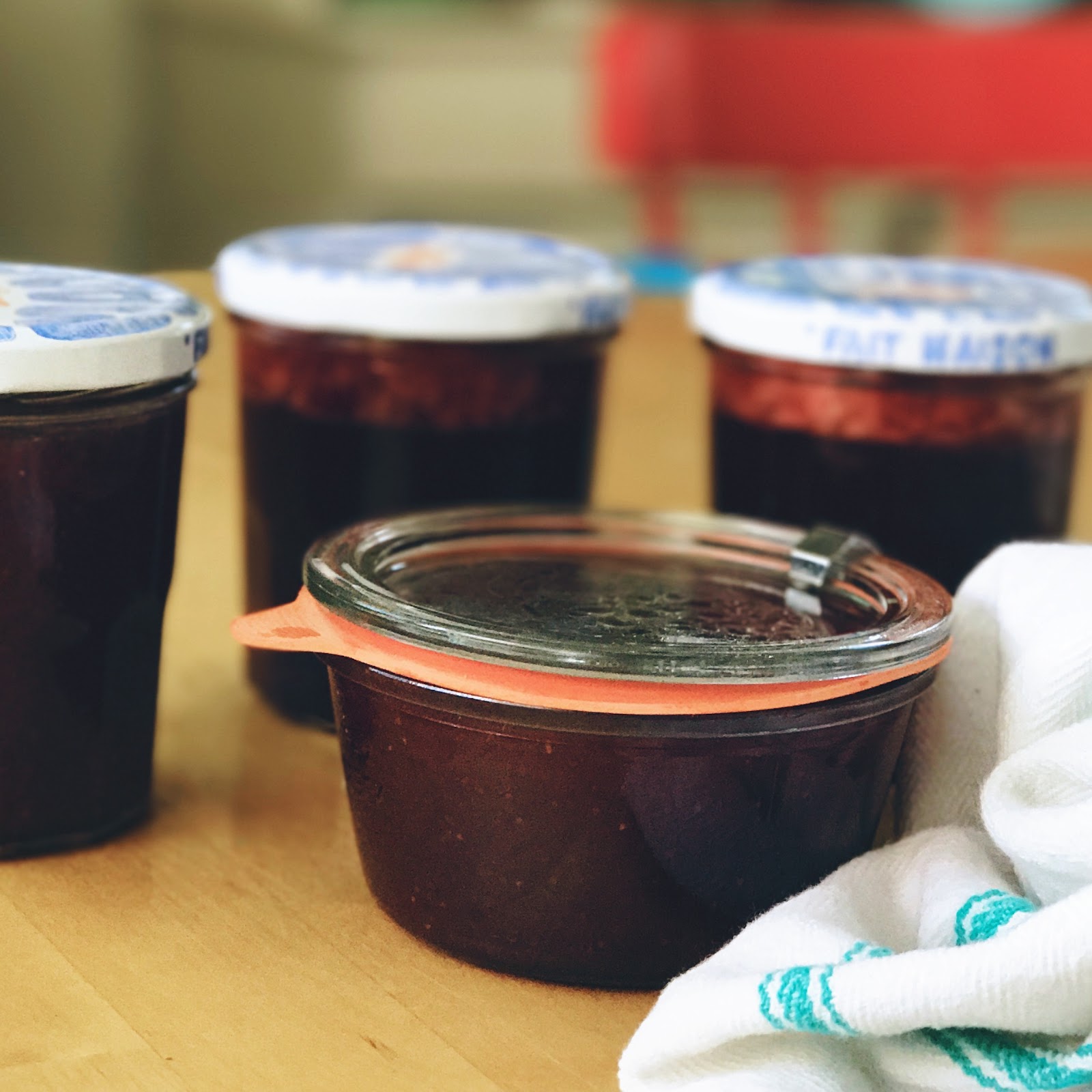 I’m done with airbrushed, photoshopped, contorted models making me scrutinize my own body.

Who decided that thin, flawless bodies are the most beautiful ones?

I don't care how pregnant I look. 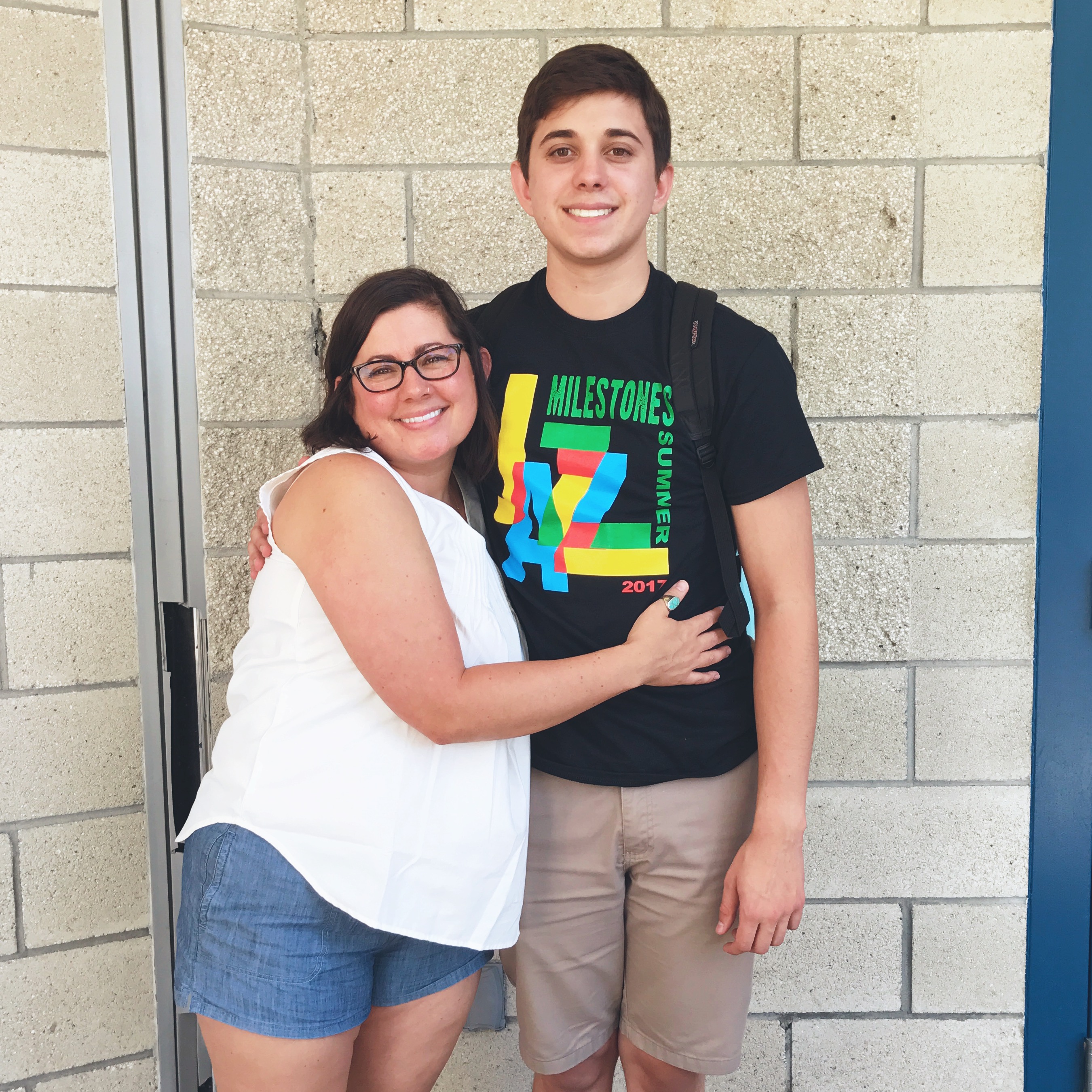 I’m done wasting emotional energy on things that I cannot change or don’t have the time or desire or will to. I’d rather use that time to read a memoir, or run with my kids until I’m sweaty and breathless and exhausted with joy. I’d rather float in my pool in an inflatable frosted  donut, or hike among redwoods, tall and round and older than anyone or thing I’ve ever known. I’m done with the billions of dollars of products, treatments, surgeries, and procedures that people are trying to sell me by making me think I’m not enough.

When I was little, I used to imagine I was blind. I would put a dark handkerchief around my head, over my eyes, and walk around the house bumping into things. I’d wave my arms wildly towards walls and doorways, reaching for people, Marco Polo terra firma edition. I’d pretend every piece of paper was written with braille, “reading” with my fingers. I thought a lot, even when I was very small, about how we would decide what people were beautiful if we couldn’t see them. Would we even know what beautiful was? Would our definition of it be self-created?

I wanted to imagine that there was a place that no one cared about how your body looked, a place where they only cared if you were nice or knew how to make cookies or sew a quilt or do the New York Times crossword without any errors.

Childhood is finite, though. A blindfold, no matter how opaque, can’t stop the world from being however terrible the world is going to be. In truth, the only thing standing between us and the rest of the Western world vanity, is us. And I'm too busy for that bullshit.

If you like this article, please share it! Your clicks keep us alive!
Tags
Beyond Before & After
BBA
Before and After
column
anti-diet
intuitive eating
self-care
self-worth
self-esteem
vanity
models