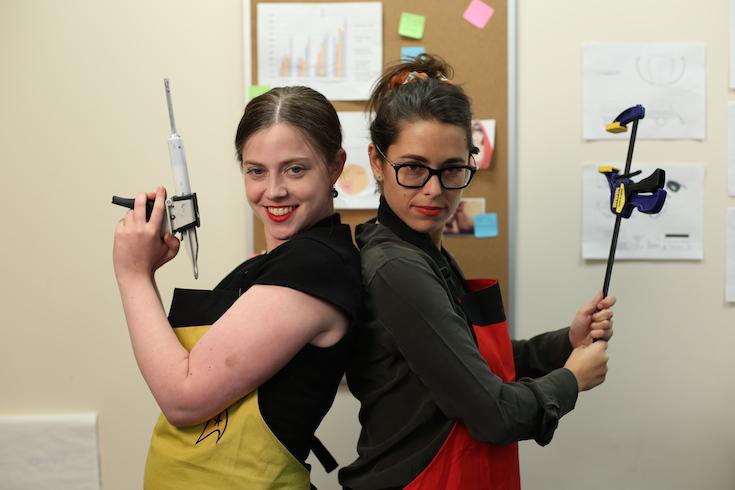 "designed Eva to address what we call the Pleasure Gap. In heterosexual couples, women are more than four times likelier to describe recent sex as unpleasurable. In fact, studies have shown that, during sex, men orgasm more than twice as often as their female partners."

The two women behind the project are launching a company—Dame Products—to promote more innovate sexy tech toys. Obviously, we had to catch up with the brains behind this budding business: Meet Alexandra Fine and Janet Lieberman, and their masterful clit-happy invention.

In the development of Eva, approximately how many prototypes did you conceptualize before settling?

JL: That’s a hard question to answer, because it’s difficult to say what constitutes a prototype. Because we’re self-funded we took a pretty lean model to 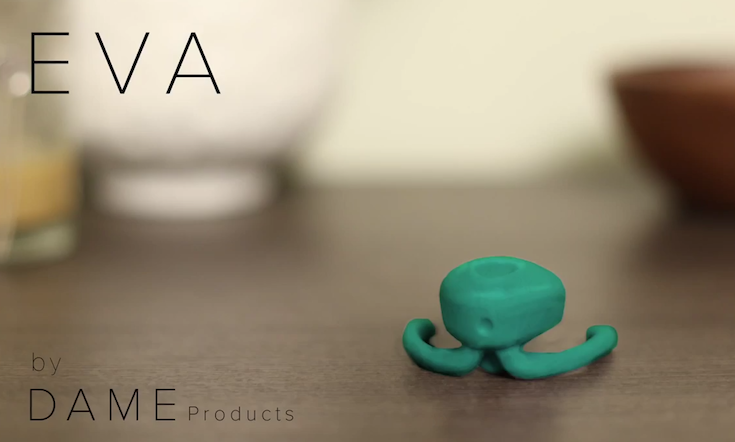 development. The feature that became the “wings” was going to be the most challenging aspect, so we developed that separately to start. Material properties were going to be crucial to function for the wings, so we knew that ordering machined versions (one of the easiest ways to prototype in production materials) was going to be expensive. That’s where 3D printing comes in—we probably went through 30-40 3D printed versions of that part alone. We could then use the same machined wings with different 3D printed bodies, which let us do function tests while also exploring different industrial design directions. Although we’ve gotten some informal feedback throughout the process, we’ve had 5 more official rounds of testing with outside subjects evaluating, and we still have a couple of variables that we’re testing out.

What has been the most challenging aspect of launching Dame Products so far? Were initial goals altered?

JL: It’s a really complex and personal subject, where almost everyone in your audience comes to the table with their own loaded expectations and experiences. For example, it’s really easy to claim “this product will make you orgasm more” but is orgasm really the goal? You can orgasm without really enjoying yourself, and you can be having really fulfilling sex without orgasming. An overly-goal oriented view of sex is probably part of the problem.

AF: We know orgasms are wonderful, I know I want everyone to have more of them, and they’re what a lot of women are looking to get out of the product. But I also know that perceiving orgasm as a goal or equating it with pleasure will not do anyone any good! Janet and I have spent a ton of time getting our messaging right!

We love the engineering and psych brain duo! Can you please explain how these two approaches work together in Dame Products? How do you two know each other, anyway?

AF: The psychology side of things guarantees that we’re addressing the right customer's needs; the engineering side makes sure that we’re addressing those needs effectively. Both of our fields are very data driven, and we love math, which means a lot of surveys and iterations. We take a holistic approach to designing products: identifying the “real” customer need; finding the optimal way to address it; designing the product which serves specifically that function; and making sure that none of the functionality is lost in the execution.

JL: People actually thought that Alex and I were the same person; we were both young women in Brooklyn starting sex toy companies. I decided I had to meet her. We both got into the business because we thought our skill sets seemed to be underrepresented in the industry, and that we could do some good. But we both had a half of starting the company that we felt less secure about. For me, I was confident in my ability to handle the product development and manufacturing side of things from past experience and I was just hoping that I could figure out the rest of running a company. Alex had experience in the operations/business side of a startup, but was hoping to either be able to figure out the product development side of things. It was a match made in heaven, so we decided to join forces.

At the time this was written, your Indiegogo campaign has raked in 72% of your goal. What type of feedback have you received since the launch of your campaign?

AF: Now we are at 518%—I cannot believe how fast this happened. We have received almost entirely positive feedback, and I’ve seen some really interesting digital conversations arising in response to our press. Suddenly, discussions about sexual pleasure inequality are becoming more open, and it’s indescribably rewarding and reassuring to see that.

Lately, we've witnessed an influx of tech sex toys. How do you think such innovations will alter the way we perceive sex?

JL: I think it will vary. I think that teledildonics (electronic sex toys that can be controlled by a computer to enable the human user to reach orgasm) seem like the logical evolution of pornography—it’s a large proven market and an extension of webcams and videos. That being said, couples sex has benefits other than simply the sensations. There are neurochemical elements to sex that teledildonics in a couples setting can’t provide—physical contact and feelings of intimacy. This fact makes me wonder if it will ever really take off in that setting, especially given the size of the “long distance couples” market.

AF: When I think about the future of the discussion around sex, I think a lot about the gamification of sex and how awful that could be. The last thing we need is competitive orgasmathons! Our pleasure experiences are subjective and the idea of using sensors to quantify a subjective and personal experience just makes me uncomfortable. 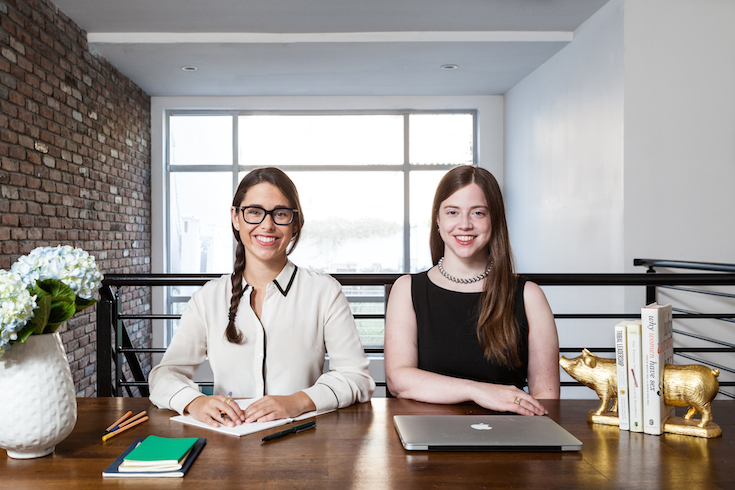 Forbes recently ran a piece on entrepreneurs who left school early to begin their companies. Do you wish you had done the same? If not, how do you feel your education benefited Dame Products—or, in general?

JL: For me, it’s not just about education, but also experience. At other companies, I’ve designed products, selected & managed vendors, created and enforced quality processes, and managed projects—I’m not someone who would feel comfortable starting a company without being confident in those skill sets. I also think that what I’ve learned about the pitfalls a company can fall into—be it product development or people—is also invaluable.

AF: I loved school—especially my undergraduate experience. I wouldn’t change it for the world. I was taught how to analyze everything, to reimagine the status quo and to simply be critical. I think us millennials get a lot of flack for being entitled—but really we believe in ourselves. We want to do more—we don’t think that experience in itself leads to a better outcome (though it is very helpful)—and we want to be active, respected participants in our communities. I don’t think I would have been so confidently “entitled” if I hadn’t gone to college, and therefore wouldn’t have started this company.

You can follow along with their endeavors on the Eva Indiegogo campaign page or on Twitter @DameProducts.