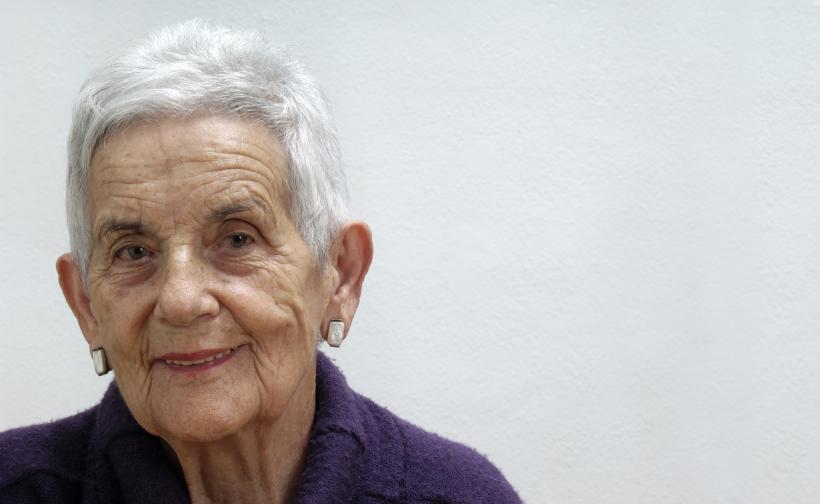 "Her minuscule pot brownies made her feel conspiratorial. It gave her a sense of scandal and intrigue that she cherished."

When my grandmother, who I called Gram, came to live with my parents in the fall of 2015, she was in rough shape — you know, the way that you expect when someone can no longer live on their own. She was a spirited old broad, which made her a difficult conversationalist and difficult to wrangle. It was near impossible to convince Gram to do anything she didn’t want to do. Going to the doctor was at the top of the list of things she hated. She thought they were all “idiots,” except for her cardiologist, who I later learned was exceedingly handsome, so that explained that.

Within a month of moving in with my parents, Gram experienced a cardiac episode. An ambulance was called. She went to the hospital. From there, her health continued to decline. It was one thing after another.

She was in pain. She was nauseous. She was weak.

She went to a series of doctors appointments and was in and out of the hospital, trying to find the source of excruciating pain. The doctors, as Gram liked to point out, never could quite find the source. They also couldn’t fix it. No medication could cure her pain, and she was dealing with increasing nausea.

My immediate response: she needed a medical marijuana card. Every time my mother told me about the latest ordeal, I’d respond, “Gram needs weed.” She’d laugh it off. They didn’t know if it was safe.

I saw Gram at my parents’ at least once a week, but I never attended the doctors' appointments. “It’s above my pay grade,” I told my mother. I’ve always been good at setting boundaries.

With a glint in her eye, she took the brownie. “It’s not bad,” she said. Her nausea subsided. Within an hour, she began to giggle, and then she took a nap. Thus began Gram’s journey in medical-ish marijuana.

The pain specialist responded that there was no reason that weed would be harmful to Gram. When her main doctor came in, I followed up with my questions. Gram and my mother giggled like schoolgirls. They couldn’t believe I was so bold. The doctor, again, essentially responded that it would be fine, but he wasn’t going to be any part of it.

Getting a medical marijuana card in Illinois is a whole process. In order to get a card, you have to go to three doctors appointments, each a couple months apart. The closest weed doctor was an hour drive away. Because the doctor was only in that office a couple times a month, he was so inundated that appointments were often delayed by two hours or more.

Gram could barely sit up for more than an hour at a time, and she stayed in her room and the sitting room most of the day. There was no way she had the odyssey of getting a medical card in her. At least, not right now — that’s what we said.

I found some weed brownies. For the purposes of this story and not implicating others who might have been complicit, I’ll say they just appeared one day, as if by magic. They were old and stale. They had been stored in the freezer.

One day, shortly after she’d returned home, she was sitting on the edge of her bed, complaining about nausea. She was frustrated and near tears. Zofran was doing nothing for her— and Zofran is amazing for nausea, so that tells you how bad Gram had it.

Wordlessly, I stood and went downstairs to the kitchen. I retrieved the brownies from the freezer. I cut a tiny piece, about the size of my fingernail. We were in unchartered territory. How much is one dose for an 84-year-old woman who barely eats a quarter of a grilled cheese at every meal?

I put it on a lovely plate — I knew it would be better received that way.

“Want a weed brownie?” I asked Gram as I offered the plate.

She was incredulous. My mother repeated, “There’s marijuana in the brownie, Mom.”

“Where did you get it?” Gram asked.

“Don’t worry about it,” I answered. I reminded her that her doctor had said it was fine.

With a glint in her eye, she took the brownie. “It’s not bad,” she said. Her nausea subsided. Within an hour, she began to giggle, and then she took a nap. Thus began Gram’s journey in medical-ish marijuana.

The weed certainly brought her relief where other things could not. It brought me relief too — and I think my mother would agree with me — because it softened the feeling of impotence that comes with watching a family member suffer.

Gram used weed pretty sparingly, or a lot more sparingly than I would have if I’d been in her position. It was one of her best medications. It brought some relief where others brought none. Plus, it gave her a nice giggle.

Gram loved a little pub near my parents' house. They served a brownie with a raspberry sauce. My mother got them to give her some of the raspberry sauce, and then they added it to the brownies. It became a real ritual that way.

A while later, Gram was at the doctor again. They needed to take some blood. Gram was even more resistant than normal. My mother didn’t know what was going on.

When the doctors left the room, she looked at my mother and whispered, “Mary, the marijuana!” She was worried they were going to drug test her. My mother, secretly tickled, assured her that they would not.

It wasn’t surprising that I was the one who got Gram into edibles. I had long been “The Gram Whisperer,” with a knack for delivering bad news with a sugar coating. After all, isn’t that what I was doing with the brownies? I was telling her, “There is no cure for what ails you, but here, get a little high and it might take the edge off.” I had credibility with her  — because I was young, because I was fun (two things Gram loved), and because I’d had my own bout of illness with an incurable edge, which made me an authority in Gram’s eyes.

The weed certainly brought her relief where other things could not. It brought me relief too — and I think my mother would agree with me — because it softened the feeling of impotence that comes with watching a family member suffer. We couldn’t figure out what was wrong with her. At the end, we still didn’t know what caused her pain. Some suggested it could have been undiagnosed bone cancer. Others said, “Arthritis really can be that bad.”

The unknowing can be the most tormenting part of pain. It can add an edge to a feeling that is already unbearable. I could not take the pain away from Gram, but I feel better knowing that I helped to lessen it. In that way, I was able to carry some of the weight for her — so that she didn’t feel she had to go that leg of the journey alone.

And her minuscule pot brownies made her feel conspiratorial. It gave her a sense of scandal and intrigue that she cherished.

At the very least, I can say that I infused her life with a little bit more fun at the end.

If you like this article, please share it! Your clicks keep us alive!
Tags
marijuana
pot
grandparents
Grandma
pain alleviation
medical marijuana 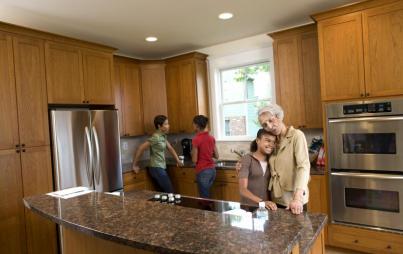 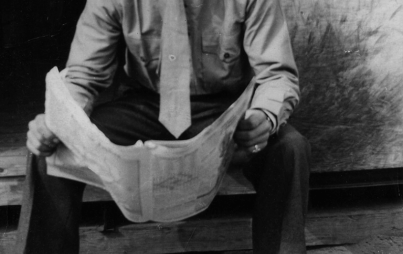 When Veterans Come Home: My Grandfather And His Demons