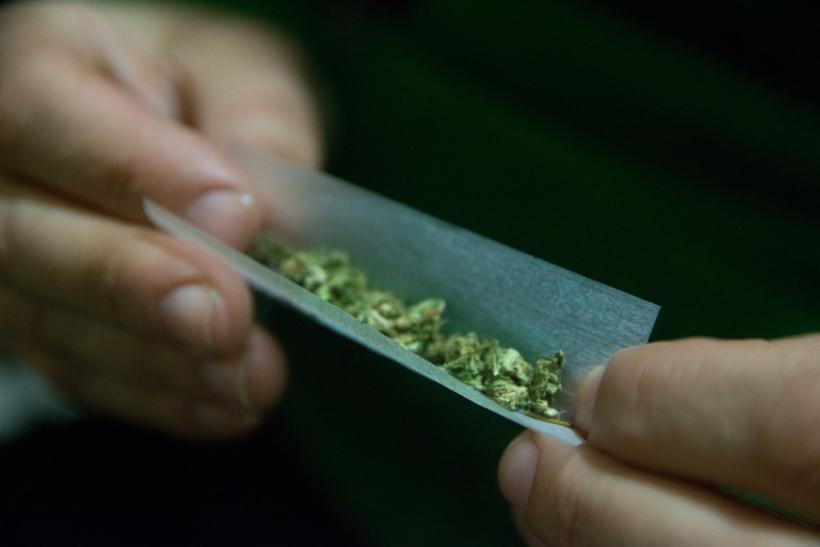 I used to be a drinker.

After a long day of teaching high school students who refused to call me anything other than “Miss,” I’d pour myself a full glass of wine and settle under a blanket for some trash TV. The cheap red wine sold in oversized bottles soothed me. I’d go to bed buzzed and alone. My husband’s restaurant job kept him late hours and the nightly bar rituals kept him out longer. If I couldn’t sleep, I’d listen for the inevitable bubbling of the bong.

My husband was a smoker.

Most mornings, I’d wake up to the smell of weed and a still life of my husband’s nightly ritual. He’d sleep soundly on the couch, Dorito dust and weed crumbs littering the coffee table. I’d rub his chest to wake him up. “You know it’s better for your back if you sleep in bed.” He’d grumble. I’d kiss him on the forehead and head off to work.

Our vices, to me, were as different as our routines. My vice was a justified way to unwind, a way to deal with the loneliness of my marriage, a way to indulge without judgement. His vice was illegal, destructive, an explicit escape from the social expectations I found inescapable.

I had built a life around what I thought everyone expected of me.

I was a good teacher, a good friend, and a good wife even when none of those roles felt genuine. In a way, I was even expected to drink wine nightly. My coworkers exchanged novelty gifts that normalized this ritual. Tumblers, shirts, and journals with lines like “This might be wine!” and “Drink coffee until it’s time to switch to wine!” in script font were de rigueur. Thursday night TV dramas were marketed with the characters holding massive glasses of wine. There’s a reason every time Amy Schumer seems drunk off wine it is funny. I had a society sanctioned vice. My husband’s was anything but.

In our conservative Texas town, the idea of weed as a dangerous drug was the only view. Those who smoked were deadbeats and burnouts, not to mention hardened sinners. But my husband wasn’t. He was wickedly smart and funny and kind. And each time he smoked he seemed unconcerned with the acceptance or rejection of society that would clutch its pearls at his skunk smoke. I was jealous.

For a long time, I thought weed was the bad guy in our marriage. When we hit a rough patch that didn’t seem to have an end, I imagined if he could just stop smoking week then we could actually make some positive progress. I begged him to stop. I compromised that he should just keep it away from me. I compromised some more when he’d convinced me to try it in small doses. I let up on the weed-ban when smoking together a few times a week brought us a bit closer and opened up an affection I’d been withholding.

But it wasn’t the weed, or the wine, or the opposite schedules.

No amount of compromise could change the actual problems of our codependence. My incessant need to try and guard him from himself. His constant feeling of being cut off at the knees. After five years, we ended our marriage.

By ending my marriage I’d also ended the illusion that I was capable of keeping up the charade of my normal life. Ending my marriage was like jumping out of the plane that was scheduled to take me through motherhood, home ownership, and old age. A plane with the constant ding of a “no-smoking” sign. I was free-falling, and it was exhilarating, terrifying, and exhausting.

Processing my separation left me vulnerable. For the first time, I was truly alone and ill-equipped to deal with the voice of self-doubt. When the day was done and the noises of carrying-on dulled, this voice tuned up. The voice practiced its scales with repetitions of my worst doubts. The voice did Christina Aguliera runs to the tune of my anxiety. It harmonized with the already blaring beat of the drum of “you’ll never be happy again.”

When I smoked with him before, I smoked the way 21-year-olds drink: hard and fast and until everything was numb. I thought it was dangerous, and I wasn’t entirely sure I didn’t have some kind of disposition toward dependence on it—like I’d imagined my ex-husband to have. But after I moved out, I decided I couldn’t be much more disappointing to those back home in Texas, and I didn’t care if I added “stoner” to my 20-something, divorcee description.

So, after I’d done all the dealing that I could do for one day, I’d let the smoke fill my lungs. I’d let my shoulders relax for the first time in hours. I’d let my body become an ocean of sensation. I’d feed myself a good meal, each bite a revelation of satisfaction. I’d shower, the warm water soothing my sore spots. I’d tuck myself in to bed and slip into a welcome rest. The weed was the ripcord that turned my free-fall into a parachute glide for an hour or two.

This habit is not without context. I know I am able to smoke nearly free from fear of arrest or incarceration because of my privilege. I have access to bud because of the job that both pays me and doesn’t drug test. Many of those who would benefit medically from cannabis are prohibited from using it, and though I wouldn’t liken my recreational use to the legitimate prescriptive use, it serves as an aid in my mental health. My brain tends to focus manically on a single issue until a solution is found, but this model doesn’t work for emotional processing. For as much as I tried, there’s no speeding up the processing of feelings, the acceptance of change, the reconciliation of the self. Staying up all night working myself into an anxious crying jag didn’t help this process. Being kind to myself, taking care of my body, finding a way to quiet my brain did.

Smoking weed for me is different from the overall numbness and depression that comes with drinking. For me, smoking is like inhaling laughing gas or using icy-hot.

It doesn’t get rid of the pain, but it does remind me that this pain is temporary.

That some voices are not to be trusted. That this, too, shall pass.

I met my husband at a storage unit a few weeks ago to sort through some stuff and catch up with the person I used to share everything with. For the most part, the free-fall has ended. I feel I’m on more solid ground. This meet up was more sweet than bitter.

We found his old bong, the one that elicited mostly annoyed eye-rolls from me just a year ago. We laughed at this relic of our past. He was hungover. I was soon to be stoned.

If you like this article, please share it! Your clicks keep us alive!
Tags
smoking weed
marijuana
medical marijuana
divorce
drugs
alcohol
wine

How Smoking Weed Helped Me Through My Divorce
Allison Theresa