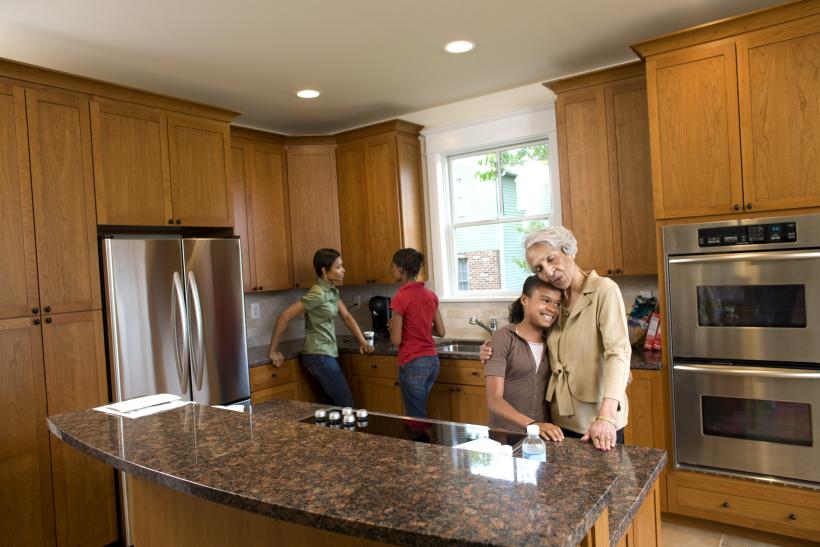 I think our nonchalance about our own blackness led to the Christmas that Grandma tried and failed to introduce is to Kwanzaa.

Before my mom remarried, I was a divorce kid — at dad’s on weekends and mom’s during the week, splitting holidays and summers. This meant that I spent a few Christmases as a very young girl at my grandma’s house — the place where the entire family gathered for the holiday. Grandma was very well connected with her blackness and wanted the same for all of us. She was always saying or doing something to make us realize aware of the institutionalized racism that dominated our world. However, as young kids, my cousins, siblings, and I didn’t take her very seriously.

I think our nonchalance about our own blackness led to the Christmas that Grandma tried and failed to introduce us to Kwanzaa.

We were all between ages five and ten, thrilled to be together and delirious with anticipation of over the mountain of presents that had swallowed up grandma’s tree. There were about ten of us running through the house and thwarting the adults who tried to make us sit down. That year, I had noticed the red, green, orange, black, and yellow cloths, candles, and the drawing of Africa on napkins and plates and things. She had, even more, black Santas (and one draped in the colors). I didn’t know then that the colorful textiles were Kente cloths.

So, she tried rounding all of us into a room to talk about the meaning of Kwanza and how it was started, only to be heckled by my dad and uncle.

“Aye! Didn’t they just make up that holiday like a few years ago?” someone said.

“This must be like the Christmas she turned Muslim, so she wouldn’t have bought us any toys,” I remember my dad saying.

I was close enough to him to hear. Like others, he wouldn’t dare speak loud enough to be identified. Although the glares my Grandma shot as she made her presentation said that she heard it all.

“Just torturing these little kids,” someone else added.

To tell you the truth, I didn’t learn a darn thing about Kwanzaa that day.

Aside from the heckling adults, my cousins were whispering amongst themselves about what might have been in some of the bigger boxes. I was basking in the moment. Having my favorite playmates around and being next to my daddy after a long week at my mom’s. You can guess who the disciplinarian was. My dad was the jokester, the fun one. And he wasn't alone. My uncles and one of my aunts were just as mischievous. That was another reason why Grandma’s Kwanzaa was doomed to fail.

I don’t remember the end of her lesson. I do know that one of the cousins figured out that going to the bathroom was a way out. When she didn’t return, I could hear them upstairs in the spare bedroom playing and talking. A few of us stayed. She had mentioned lighting something and I was hoping for fireworks.

We didn’t get to the lighting (candles). Somehow food was mentioned, and the grownups figured out it was time to eat, but Grandma was stalling with her Kwanzaa talk. Next thing I knew, we were all squeezed around a table set with the festive burgundy glass plates and matching glasses. The older adults had the ones with the stems like wine glasses, and the kids had the short ones with a handle on them. They weren’t smooth but textured in a pattern of diamonds and triangles that I haven’t seen since. I got one of those cups. My sister got one leftover from a Happy Meal we had at some point. The older kids all got the special glasses while the younger ones had to deal with plastic.

Kwanzaa was forgotten as we said grace, ate, laughed, and eavesdropped on the grownup conversations happening near our table.

It was lost as my aunts cleared the table and everyone filed back in to play cards, specifically Spades. It’s a game that required partners to estimate how many “hands” or rounds they could win. The fun came when somebody over or underestimated. Then, shouts of “RENEGE” were followed by mild hilarious insults and laughter. That night was no different.

The games usually gave way to more eating and talking. The kids played. There was no bedtime on Christmas Eve because we stayed up until midnight. I know my Latino friends did the same because they had church at night. That night, I learned that our tradition may have come from slavery. Slaves were used to celebrating under the cover of darkness after the master’s house had been tended to and the field work was done. Christmas was no different for most. The masters threw parties on Christmas Eve and Christmas Day. Midnight was the slaves' time to celebrate and hope for a brighter future.

That was the first time I heard that theory. Would not be the last over the years.

I learned about Kwanza many years later, in a book I read. When I came across the word, all I could remember was Christmas with my dad, grandma, and family, presents at midnight, laughter.

About the only thing my grandma did that night was give me one more great example of what Christmas means.

I can’t even begin to tell you what was in those presents when we opened them at midnight, but I can tell you that I think we got the message she was trying to send us anyway.

If you like this article, please share it! Your clicks keep us alive!
Tags
Kwanzaa
holidays
holiday traditions
family
Grandma