Why We Don’t Say Divorce 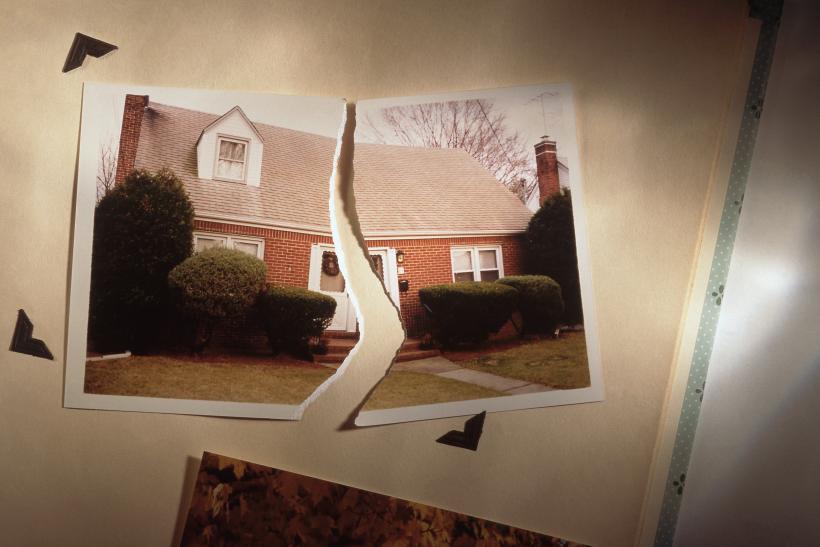 I guess, to us, the word “divorce” was that thing we dare not speak of — our Voldermort.

When Don and I decided to get married in the summer of 1998, it was a decision.  There was no grand proposal or bells and whistles. That’s just not our way.

Instead, we had a semi-serious talk about all the things we wanted out of the marriage, which turned into a verbal contract of sorts.

It did start off very silly. "You can never make me drive a minivan," he said.

I agreed — the same for me. Someone should have told us that we would have one with three car seats in it just three years after our silly contract.

“I am not June Cleaver. I won’t take on all the cooking and cleaning and kids on my own. You can do the work too.”

This one was all mine. I had dreams of writing and raising kids in an equal marriage.

“We split the household chores and stuff down the middle,” he agreed.

I guess, to us, the word “divorce” was that thing we dare not speak of — our Voldermort. It’s not a word to be taken lightly — the damage we both saw as kids told us that.

“Don’t expect me to fix shit or do all of the lawn work. I hate doing it. I won’t do it all myself.”

I agreed to this point. It turns out he was the better cook, and I cut the lawn more efficiently anyway. We then got more specific with our expectations.

“I want to name our first son after my dad.”

“Cool, but I get veto powers over the other son’s name if we have one.”

We ended up with two.

The conversation eventually got silly again.

“No matter what, I am not getting rid of my Superman collection. Don’t even ask.”

“Touch my books, and you die!”

And then, took a seriously dark turn.

“Drugs, crack, ruined my family. I won’t have any drugs coming into our family. At all.” I said.

“Alcohol destroyed mine. I won’t watch it destroy us,” was Don’s response.

We both agreed that “cheating is a deal-breaker.”

Our last part of the contract is never to do anything that endangers or breaks the family.

One word we never mentioned that day nearly 20 years ago, was “divorce.” It wasn’t intentional. We were very familiar with the word. Don’s parents divorced before he could walk in a dramatic turn of events that still today breed scandalous legends in the family. My parents' divorce was no different, except I was old enough to remember the day my family broke. The roar of my daddy’s chromed out muscle car and the image of him pulling away from us are still vivid in my sense memories for me.

Yes, we were familiar with divorce. In fact, we were uneasy acquaintances with it. But, as we discussed what we wanted out of the rest of our lives together, the word “divorce” just never came up. However, it was there, implied in the ways we'd set up rules against breaking and harming the family. Our parents' divorces drove us to make the pact, but the word was not used at all.

Funny enough, when we were angry enough to want to yell at one another, that was the last word either of us brought into the discussion. We would use synonyms to announce when our frustrations with marriage to one another were at a boiling point. However, each time Don would punctuate a petty fight with “I’m done!” I knew that he meant that he had had his fill of the situation or discussion and not of me and us.

Similarly, when I said, “Get out!” I wanted him to remove himself from my space so that I could breathe and regroup. It was not an order to remove his stuff from our family home for good. It meant that I had no more words or emotions to spare for the moment. Come back later when I’ve had a chance to cool down.

“I’m leaving,” meant Don or I was going for a drive to cool our heads.

“Go away,” meant that we needed space for a few hours—a brief break from us.

Never did we use any of those words to mean the possibility that it was over, done, or final. I guess, to us, the word “divorce” was that thing we dare not speak of — our Voldermort. It’s not a word to be taken lightly — the damage we both saw as kids told us that. We have six kids of our own to care for.

Why toy with such a powerful term that could bring so much pain down upon our family?

I am sure that, when one of us is staring down the barrel of the end of our family, that person could finally utter the word with anger or sadness. But, not until we were at the point where meeting the end of “us” was inevitable.

Now we do use the word in other instances. Don may joke that our yearly taxes wouldn’t be so high if we divorced and filed separately. Or, that after living through windy, snowy, Northern Indiana winters until I got my Ph.D., if I choose a teaching position north of Kentucky, we would divorce. He hates the winters after breaking two bones on the ice. He was born in the warmer climates where a dusting of snow can shut the state down. I have been known to use the word when I was pregnant with our children and highly irritated with the way he stored ketchup, or cut his long tresses without telling me first. None of those times were taken seriously of course. We both know the rules.

If Don or I ever feel the need to utter the word “divorce” and mean it, we both know that things are very wrong, and the end is indeed nigh. God forbid we ever get there.

If you like this article, please share it! Your clicks keep us alive!
Tags
divorce
marriage advice
marriage
gratitude
Relationships