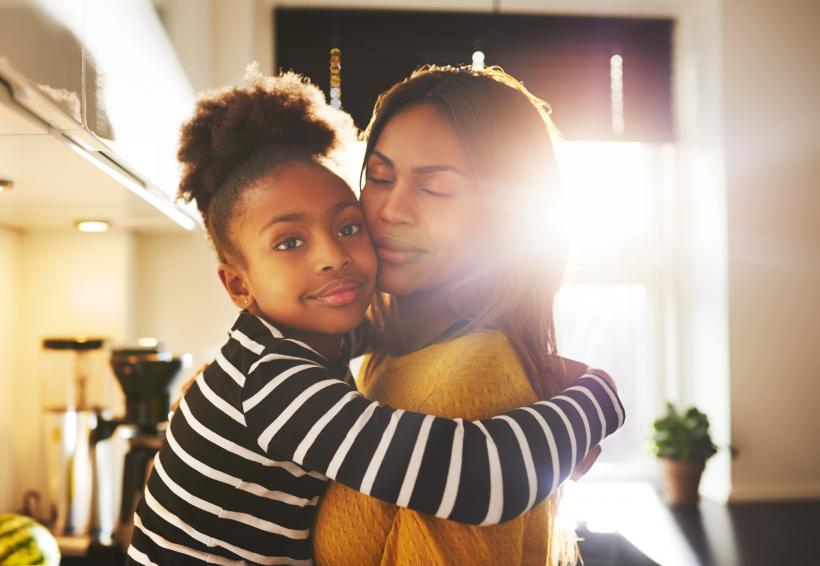 It is one thing to harbor a little mommy guilt as the kids grow older, but it’s another to parent through anxiety.

I am no stranger to mommy guilt. I worked on my college degrees and worked part-time jobs — things got tight — throughout my kids’ lives. My kids, ages 21, 19, 17, 14, four, and two, are turning out okay. However, the missed time, when the older ones were little, led to many days where mommy guilt took over for a moment. I felt it every time I was away too long, or the kids did something that I thought I could have preempted had I been at home.

Is this night class taking too much time from the family?

This tuition money could pay for a nice Disney trip. Do I really need to go this year?

They are spending (whatever number it was that week) of hours with a sitter; I should have skipped this study group to get them home, right?

Mommy guilt had always been a part of my parenting, but I had never let it impinge on our family life or affect my kids. I did monitor the thoughts closely for depression’s bullying tone. Being familiar with the condition and having been in treatment for chronic depression since the birth of my son three years before, I knew what to look for. I was on top of things and medicated.

The guilt was just a part of parenting.

And this is true. Psychology Today writer Ann Smith states that the guilt that men and women have in connection to parenting their kids is normal. In fact, the guilt is “a sign of love, our strong attachment and commitment to do the best we can to raise healthy children.”

Parents who are really doing their job as parents will experience guilt at some point. If you ask around, every parent can probably rattle off at least one thing they feel guilty about concerning parenting. This type of guilt, according to Smith, is perfectly healthy if it is linked to a specific event or mistake you’ve made. True mommy guilt does not interfere with your life or lead to changes in your behavior. They are just little worries that come because we want the best for our kids.

Mommy guilt was what I was feeling until Spring 2006. That was when a two-year-old case made it back into the news. In that case, a little girl who lived in the next town over from us was taken from her bed by an unknown man. He tried to sexually assault her in the yard but was scared away by dogs. The girl returned home safely. Two years after the incident, the story of the abductor’s apprehension and confession was on every channel, in everyone’s mouth, and all over the newspapers. That information should have calmed me, but it didn’t.

For some reason, the rehashing of that old news story stirred a dark, paranoid, anxious perception of my world.

I began watching all the men in the neighborhood, looking for anyone who had eyes on my girls for too long. They were ages ten, eight, and six. We lived in a cul de sac that they played in every day the weather was nice, always with kids from across the street and some from the next street over. I could sit on my porch and watch them play or see them from the living room window as I did my classwork. If my neighbor were outside watching, I would go into the house to catch up on some cleaning or to get the meals cooked. After the little girl was snatched from her bed, I could not trust my neighbor and friend to watch for potential kidnappers. If I couldn’t watch the girls play, I started making up reasons to keep them in the house. Soon, they were inside on sunny days, and I was turning away kids who rang the doorbell every half hour for the girls to come out and play.

I was also having trouble sleeping and woke to every imagined noise. I thought I heard/saw someone watching the house every night. I even called the cops a few times to report a suspicious stranger. One of those times, it was just a neighbor sneaking a cigarette outside in the dark. I would worry until I passed out, and then came nights that I would greet the moon at night and the sun the next morning, having been up all night worrying about people breaking in to snatch my kids.

By the end of the school year in June, my kids were antsy and fighting one another from cabin fever. I hadn’t visited family or friends because I was too tired or too paranoid to make a decision. I barely made it to class and started having trouble turning in assignments. The obsessive thoughts and exhaustion were not good conduits for academic thought.

My husband was the first person to say something, followed by my childhood friend who lived in another state. We would chat and motivate one another to clean while the kids were in school. They asked me subtle questions that made it clear something was wrong:

It’s June, and you haven’t taken the kids to the park yet? You all usually would have been three or four times by now?

You and the kids have been watching a lot of TV lately.

The kids say they haven’t gotten to ride their bike yet. Have they been outside at all?

Their questions touched on the major signs that Smith says show if mommy guilt has gotten serious. Obsessive and recurring thoughts, or a constant replaying of the same fears, were on that list. Drastic changes in behavior and routines are also signs that the mommy guilt had turned into something more severe. The paranoia, avoiding social situations, and trouble sleeping were on the list as well. I later saw my therapist who diagnosed me with anxiety and prescribed an anti-anxiety medication that was compatible with the antidepressant I was already taking.

By midsummer, I was getting better. The kids were playing outside in the cul de sac again, and I wasn’t watching the men or looping kidnapping scenarios in my mind.

Looking back, that news story fed into an irrational fear of losing my children to a scary kidnapper. Couple that with the stress of classes and my mommy guilt tumbled into real anxiety. That too is nothing to be ashamed of. According to the Anxiety and Depression Association of America, about 40 million people suffer from generalized anxiety disorder, but only a little over a third get treated. Treatment includes anti-anxiety medications and therapy. Although anxiety is highly treatable, it can worsen if left untreated.

It is one thing to harbor a little mommy guilt as the kids grow older, but it’s quite another to parent through anxiety — letting fear and paranoia dictate every decision.

It has been proven that a mother’s anxiety can negatively impact her children. However, it doesn’t have to. If you suspect that your mommy guilt is something more serious, do not hesitate to see your family doctor or a therapist.

If you like this article, please share it! Your clicks keep us alive!
Tags
mom guilt
mommy guilt
motherhood
anxiety
Depression