It Took Me 30 Years To Get Help For My Anxiety 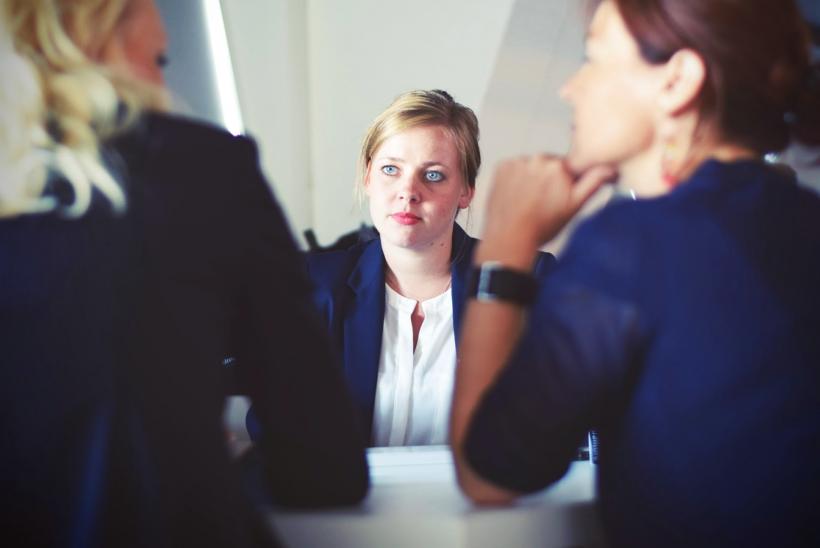 Daily tasks are challenging because I view them through a lens of worry. Image: Tim Gouw/Unsplash.

Though anxiety can be treated, it cannot be cured. It is my constant companion — so much so, that I’m honestly not sure who I am without it.

Lying in the dark, I often wonder if my mind gets a break even while I sleep; is there ever a time when these debilitating thoughts are not occupying space in my head? My alarm goes off and before I even have a chance to reach over and hit snooze, my thoughts are already racing.

Earthquakes, car crashes, plane crashes, home invasions, speaking in public, worrying that I forgot to unplug the iron; you name it, I’ve felt it.

I once tried an experiment where I wrote down my thoughts over the course of a day and what I found staring back at me was frightening; pages filled with doubt, fear, irrational thoughts/ideas, repeating “what if” about anything and everything, obsessiveness, fixating on things that I should have let go of, excessive questioning of decisions I had made, and imagining every possible negative outcome to any situation.

But it was one thing in particular on those lines that finally made me realize it was time to ask for help; pages filled with anxiety and worry about my excessive worrying. My thoughts had finally begun to spiral with no beginning and no end and I was scared to death.

I was 40 years old the first time I said the words I need help — even though more than three decades had passed since I first became aware that something was not right. Sitting in my doctor’s office, I felt the all too familiar feelings of fear, muscle tension, and uneasiness in my stomach. I picked at my nails while I watched her check the boxes that listed all of the signs and symptoms; the boxes that all seem to have an X in the “yes” spot.

After I answered the last question, she showed me where I landed on the rating scale for generalized anxiety disorder (GAD). I was shocked. GAD is characterized by persistent, excessive, and unrealistic worry about everyday things. I remember thinking to myself, How in the hell did I end up like this? What does this mean for the rest of my life? I finally had to accept the reality that maybe anxiety had taken over.

The signs have certainly always been there.

Daily tasks are challenging because I view them through a lens of worry. It takes me longer to get things done because I process more; spending extra time going over plans, verbalizing them out loud so I don’t miss anything. Repeating myself often, because for some reason, I find comfort in hearing things more than once.

I know what I worry about doesn’t makes sense. It’s irrational, illogical, emotional, crazy. Those words so clearly describe the thoughts in my head, but they certainly don’t define me.

It is physical and at times, all-consuming; but at least now I know I am not crazy.

The stark truth of it is, anxiety impacts over 40 million people in the U.S. alone and women are twice as likely as men to be diagnosed with General Anxiety Disorder and Panic Disorder. In addition, about 10 percent of new moms suffer from postpartum anxiety, which has often been called a hidden disorder, because it so often goes unrecognized and undiagnosed.

And for those of us with daughters, we have even more reason to be concerned: Experts are learning that women may be hard-wired to worry (shocker), and are significantly more inclined to feed into negative emotions, self-criticism, and endless rumination about problems. It doesn’t seem to start out this way, though: Researchers have reported that until age 11, girls and boys are equally likely to develop an anxiety disorder. Yet by age 15, girls are six times more likely to have one than boys are.

I’m afraid, but I don’t know what I’m afraid of. I’m worried, yet there is nothing real to worry about.

Then there’s this unsettling reality: Though anxiety can be treated, it cannot be cured. It is my constant companion — so much so, that I’m honestly not sure who I am without it.

I’m afraid, but I don’t know what I’m afraid of. I’m worried, yet there is nothing real to worry about. There is no rhyme or reason as to when it will strike. You would think that after all of these years, I would know when it is coming, but I don’t.

Anxiety is not easily explicable or rational — at least not to those who don’t suffer from it — but that’s exactly what makes it so hard. Even after all of these words; even after trying my best to describe it to you, I can’t fully explain it. You may never understand why I operate the way I do. It is in those moments, when I am left alone to suffer and to hide this debilitating disorder that will never leave me, that I feel the most vulnerable.

And believe me, I have become an expert at hiding it; some might call me a master of disguises. I know there are times when you see me as arrogant, but in reality, I am fearful of new situations and social settings. Sometimes, it is so much easier to stand back in a group or say no to invitations, then to join in. I want you to know this has nothing to do with you; it has everything to do with me.

I think one of the most tragic parts of living with anxiety is missing the moments. No matter how many times I tell myself to slow down and free my mind of clutter, I still can’t let things go. All of these significant moments that I miss — watching my kids grow up, accomplishments at work, and growing old with my husband — will have to share space with my anxiety; they will never have a place of their own.

I have learned to co-exist with this way of life, but my biggest fear is wondering what it will do to my children. Anxiety runs in my family; I am predisposed to it and the way I approach life now, was pretty much defined for me as a young child; age 8 to be exact. I am terrified that my kids will end up like me and I so desperately want them to know that life can be different.

Still, as I move through the second half of my life (those years after 40) I have slowly started to gain perspective about these very real struggles. I’ve come to realize that seeking help and taking medication does not make me weak — it helps me fight each day and keep the negative thoughts somewhat at bay.

Talking about anxiety has also empowered me to begin to see that I do not have to let these thoughts define me. Like Brene Brown once said: “Owning our story can be hard, but not nearly as difficult as spending our lives running from it. It’s only when we are brave enough to explore the darkness will we discover the infinite power of our light.”

"It Took Me 30 Years to Get Help for My Anxiety" by Sara Lindberg originally appeared on Babble, and was reprinted with permission.

I Say I'm Recovered From My Eating Disorder, But I'm Living A Lie.
Sara Lindberg