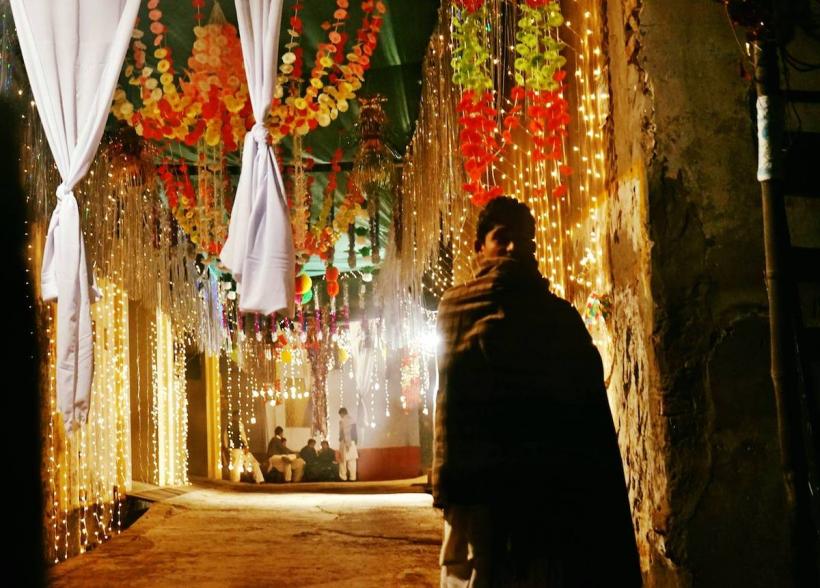 I found clear parallels between Mawlid and another holiday back at home — Christmas. (Photo: Sabrina Toppa)

The roads, he cautioned, would be impossible to traverse amid all the revelry, and I would be better off staying at home. 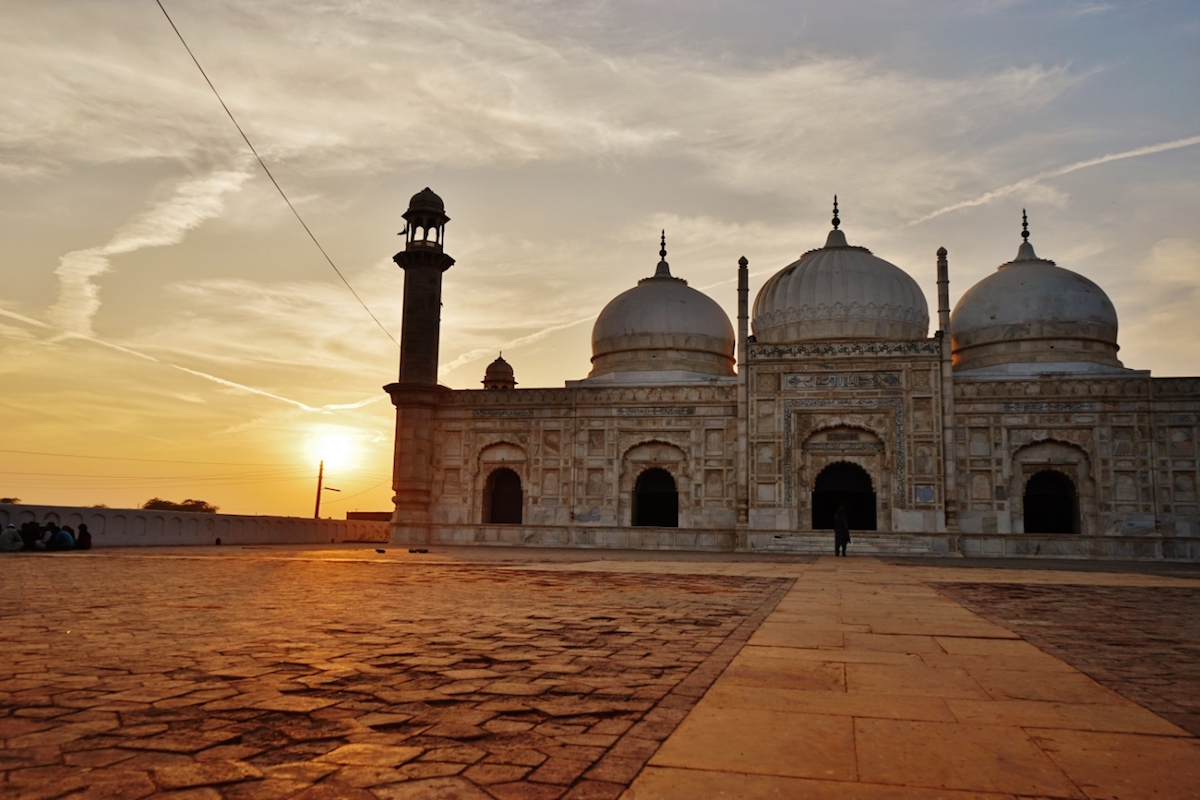 Each winter, Muslims around the world mark the birth of the Prophet Muhammad during Mawlid, an annual holiday celebrating the prophet's arrival on Earth to deliver the message of Islam.

The festivities involve a carnivalesque atmosphere, mosques deluged with pious congregants, and ample poetry performances in honor of the prophet. Night-long prayers are followed by days of gorging on sweets and chunks of meat.

In large cities like Karachi, which is often paralyzed by internecine political rivalries, any religious commemoration — either celebratory or mournful — can shut down the city’s main traffic arteries. However, in my family’s hometown in eastern Pakistan, the mood is slightly more relaxed: every narrow gulley twinkles with beads of light, senior men chant rhythmically about the prophet’s virtues, and families prepare large meals designed to drive everyone into a wintertime stupor.

Before moving to Pakistan as a journalist, I had a dim understanding of Mawlid’s existence, much less its origins or controversies. In New York City, my family restricted celebrations to Eid and Ramadan, apparently outright avoiding any personal celebrations of the prophet.

However, in much of Pakistan — where Islam was popularized through Sufi missionaries — the annual birth celebration is one of the most raucous, jovial events of the year. Even in my parents’ small city, I was struck by the energy residents’ poured into the celebrations, from waking up early to recite from the Quran to going door to door showering neighbors with trays of food. My uncle, for his part, ordered an itinerant group of qawwals, or Sufi devotional performers, to set up shop in our home, and invited the entire city to our open courtyard to witness high-intensity naats (religious songs that celebrate the prophet, and sometimes seek dialogue directly with God). Everyone appeared to plunge into blissful religious ecstasy in celebration of the prophet’s birth.

With polychromatic lights strung across the entire city and families cozying up at home with elaborate, multi-course holiday meals, I found clear parallels between Mawlid and another holiday back at home — Christmas.

For one, the entire city was aglow with lights, and the wintry, hygge-esque atmosphere lent the day a cheery Christmas air. Schoolchildren had the day off from school, and the streets were festooned with bright lights as shopkeepers closed the stores early to pass the days with their families. The nighttime celebrations outranked the daytime, with the entire city emptying out into the bazaar’s narrow lanes to eat a surfeit of food, participate in amusing games, and watch fireworks splatter in the sky. For me, who had spent months scribbling down all the ways the country was struggling, it was heartening to finally see Pakistan in a positive spirit for once. And it was rare, I thought, to see Pakistanis finally have a reason to celebrate. 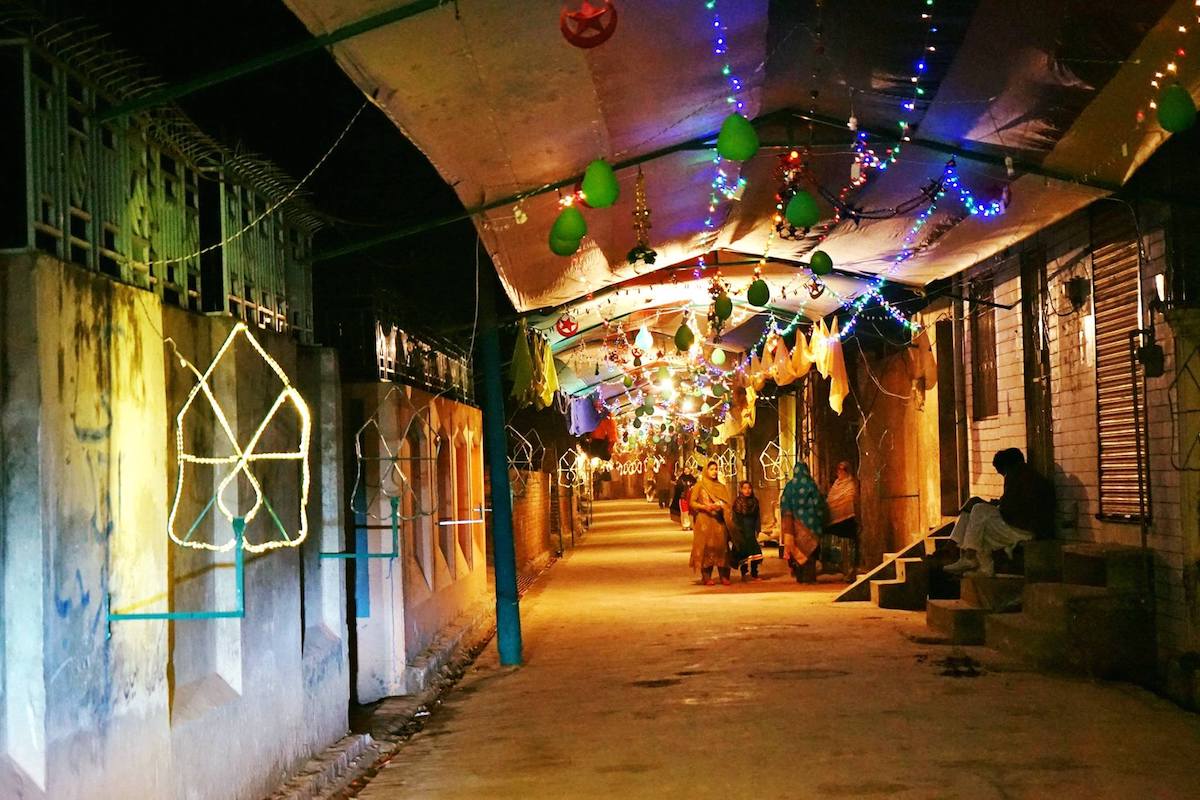 Nonetheless, despite the mirthful atmosphere, Mawlid is not without controversy: some hardline sects of Islam disapprove of the celebration for the overly reverential overtones it displays toward the prophet, likening it to idol worship. Countries like Saudi Arabia and Qatar, partial to the Wahhabi strain of Islam, have excised it from their national calendars.

But luckily, the average Pakistani has embraced the spirit and mood of the holiday, as shown by the devotional notes that praise the prophet’s beneficence and the night long prayers that are found in many neighborhood mosques throughout the country. My taxi driver in Karachi, while afraid of the traffic jams produced by such a rowdy holiday, admitted that even he stayed tuned to the television screen’s wall-to-wall coverage of the street festivals. 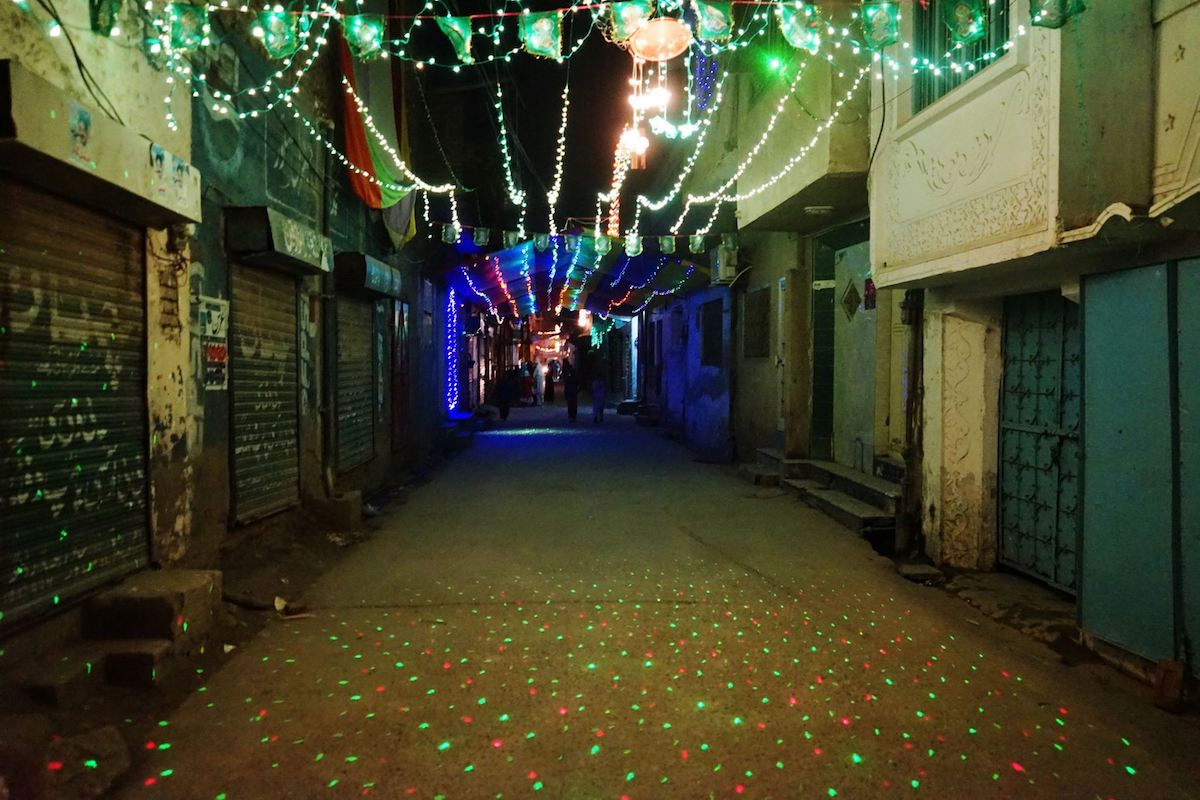 As for me: between all the lights and food, Mawlid strikes me as an endlessly joyous occasion, returning some much-needed revelry to Pakistani streets.

If you like this article, please share it! Your clicks keep us alive!
Tags
Mawlid
Christmas
muslim
Muslim holiday
holidays
Pakistan