The Worst Part Of Moving Is The Anxiety It Causes 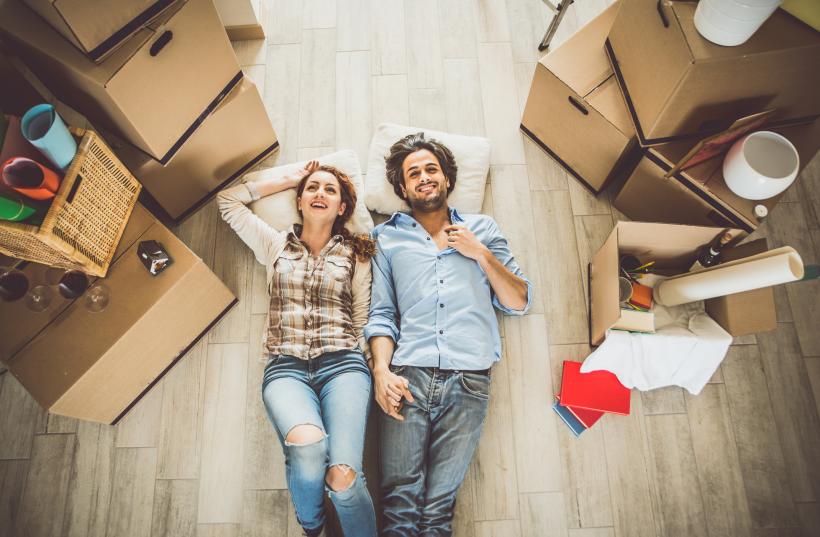 In the past 13 years, I have moved 11 times. You’d think this would mean that I’m a real moving pro, that I glide in and out of apartment with ease and grace, like a celebrity in a fragrance ad. Unfortunately for me (and everyone one around me), that couldn’t be further from the truth.

I am someone with a severe attachment to place. Like a cat, my home gives me more of a sense of security than the people in it. I love them too, but they can’t make up for the blood-curdling anxiety I feel when I am uprooted. A move for me is not a single day; it’s a period of time that leads me to question the universe and whether there is any good in it. I have come to accept that moving destabilizes my life for at least three months. That means, in the past decade-and-change, I’ve felt destabilized for a combined 33 months. That’s almost the equivalent of three years!

My latest move was for the best of reasons.  My boyfriend and I had decided to take the plunge and move in together. Wheee! We made the decision in December. My lease was up at the end of March, and his lease was up at the end of April (the one month overlap brought its own chaos). At first, it seemed like smooth sailing. Because that’s how Moving — that Siren on the rocks — always gets you.

My current roommate was planning to stay on in our apartment, which meant I’d have flexibility on moving my stuff out. After a decade of almost yearly moves, I felt like I’d won the lottery.

Then, the building sold. Chuck and Beth, the new landlords, were kicking us out because they wanted to renovate so they could charge an exorbitant amount of money for rent. Not a surprise. Landlords so often turn out to be garbage humans, and a building’s sale almost never benefits the tenants. As luck would have it, Chuck turned out to be one of those men who fancied himself a “big, tuff guy” who saw us as “little girls” he could push around. What Chuck didn’t know was that he was dealing with two women who had already been G-D exhausted by the patriarchy and were in no mood to be patronized, especially when it pertained to their living situation. Needless to say, my move went from a cake walk to Nightmare City.

I went from ultimate flexibility to no flexibility on my move date, with a landlord breathing down my neck, and a boyfriend who would really prefer to be moving the next month.

The anxiety that came was wholly consuming. If anything, moving so often has made my anxiety about the process worse. First, there comes the uncertainty of your life— where you’re living, not knowing where your life will be in months. Searching for an apartment is… probably the task I revile most in the world (yes, I’m putting it above snaking a drain). It requires near constant effort. You have to be checking listings constantly, to know what’s out there. Nothing is ever right, until something is — and then the agent tells you that apartment has been rented already.

So many times during my search, I felt gutted, knowing that it was entirely possible that I wouldn’t find a suitable place to live, that I might end up in a rat den that was somehow, miraculously, over my budget.

The way that I respond to this feeling is through compulsive research. I would scour the internet— PadMapper, Craigslist, Domu, Facebook groups— for listings. Anything that seemed remotely promising was forwarded to my boyfriend. He was inundated with links — something that was understandably frustrating for him. After all, he was at work, and I was sending as many as ten listings a day. One after another. But when he didn’t respond, I became despondent.

He told me I was looking too soon, or that we’d figure it out together. I didn’t have to lose days of work to look. I knew he didn’t understand. We were on the brink of a terrible future.

It turned out that we were both right. The first six apartments I scheduled for us to see were overpriced dens of squalor. Then, one Saturday, we were scheduled to see an apartment. The building manager called right before our 10am to tell us that someone had an application in for the apartment, but we could still see it if we wanted. Resigned, we said we’d still seen it. I mean, we’d already showered on a Saturday morning. When we arrived, we followed the building manager to the unit. He knocked on the door. The tenant didn’t answer. The building manager knocked again and announced that he was with the management company. The tenant answered.

“You’re with the building?” the tenant said as he opened the door. “I’ve been trying to get ahold of you for months. There are mice all over the apartment.” He pulled out his phone to show the building manager videos and then escorted him inside to show him the holes in the wall.

Shocked, my boyfriend and I laughed and left. Anne Shirley of Anne of Green Gables once described herself as being “in the depths of despair.” That’s where I was after we left the mouse house.

I was mean and cutting as I scrolled through listings. I’d tolerated the anxiety for as long as we could.

“Do you want to raise our max rent?” My boyfriend answered.

We raised our max rent by $100. I booked a showing in what can only be described as a tantrum. The landlord of that building got in touch. How soon could we see it? We were there in less than an hour.

In the way that these things always go, that apartment was fantastic. It was everything that we wanted. We decided to take it.

Once the “where” was figured out, I still had to deal with packing the rest of my life. 40 boxes and about a dozen bottles of wine later, I was ready for moving day. The final step was maneuvering the claustrophobia of boxes, unpacking— and specific to this move, navigating life with someone else.

Now that it’s in my rearview mirror, I’m hoping that I won’t have to move again for a long time. Given my track record, that means I’ll probably be moving again in two years.

If you like this article, please share it! Your clicks keep us alive!
Tags
moving
anxiety
money
apartments
mental health
mental illness
stress