When My Husband Told Me He Was Asexual 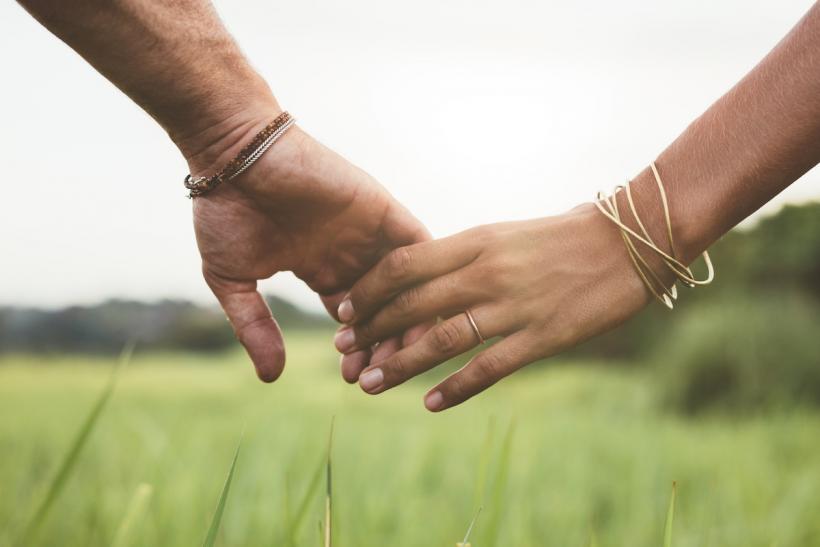 I understand that my husband will never be able to provide me with the sex life I crave, which hurts him as much as me, but we both acknowledge it’s not something he can control.

During the two weeks after my husband confessed to me his asexuality, I asked for a divorce three times, only to take it back on the spot. I just didn’t understand what it meant.

How was my husband asexual? Had he always been this way? Was it just with me? And did I really want a divorce?

My mother was the kind of mother who would openly talk about sex—about its pleasures, of course, but also to caution me about its consequences.

In my early teens, I attended a high school where sexuality and homosexuality were subjects of frank discussion.

I had many queer, lesbian, and gay close friendships. Later, I was best friends with a boy who was in the process of coming out.

I had a crush on a girlfriend in my teens, and another crush on a transgender man in my early 20s.

What I mean is, I knew this stuff: diversity, tolerance, understanding. I could handle it. But I had never heard about asexuality. It didn’t even occur to me when my then-boyfriend now-husband and I went through an array of soul-sucking sex problems, which included a lack of desire on his part, and engaging in sexual acts only for my sake.

Coming from a previous marriage that I ended after my husband asked me for permission to have sex with other women, my knee-jerk reaction was: “I want a divorce.”

At that point, our relationship was hanging on by a thread. My husband had asked me to go to counseling with him, to try and salvage our marriage, to find a middle ground—what mixed (asexual/sexual) couples call compromising on agreeable levels of sexual activities to keep the sexual partner’s basic needs in check.

But my mind and emotions were out of control. When I found the Asexual Visibility and Education Network (AVEN) forums about mixed relationships, it pained me beyond words. Such detailed, heartbreaking descriptions of the sacrifices the sexual partner goes through only to not lose the relationship. You’ll never feel physically desired again. You may never have sex again with your partner. And even if you do, you’ll know he/she’s only doing it to please you, not out of desire.

Sadly, my closest friends were no comfort either.

Friend number one was absolutely sure I—a very sexual woman by nature—would never be happy without sex. There was no way I could still love my husband the same way after his revelation, she said. I would end up frustrated, resenting him, and cheating on him. The relationship was doomed to fail, and I had to leave him, she said.

Friend number two wasn’t surprised, and I felt no empathy from her.

Between the bad advice from friends and the devastating threads in AVEN, I felt like it was the end of my marriage.

“Really? You are going to leave a beautiful relationship, this wonderful, caring, loving person, for sex? To do what, exactly? Shave your legs, dress up, put on some makeup and go fuck some stranger, like you used to do after your last divorce? Is that really what you want now? Aren’t you going to regret this?”

It was that maddening, restless voice that kept me from going through with the divorce.

And I have to give it to my husband, who loved me enough to stand by me during my temporary indecision.

I finally decided I needed a break—from my own mind, from the whole situation.

After taking a break for several months, I gained clarity and got the answer I was looking for.

The answer is not: “I will leave my husband because I deserve to be fucked by someone who wants to fuck me, and I am too young to give up on hot sex.”

Nor was it: “We’ll make it work no matter what—schedules, routines, compromises. We are staying together forever and ever even if I have to suppress my sexual needs, those are not important at all!”

When I gained enough clarity to see the exact destination of the two possible paths, I realized I could take neither of them. And so, I ran in between the paths, making a new one of my own.

I understand that my husband will never be able to provide me with the sex life I crave, which hurts him as much as me, but we both acknowledge it’s not something he can control.

But I also know that he has given me a kind of unconditional love and closeness I’ve never experienced before.

So why should I exchange all of those wonderful things for the uncertain possibility of another relationship with awesome sex?

Answer is: No reason why.

And at the same time, I understand the present state of affairs may not last 10, 15, or 20 more years, that we could eventually need something different. And when that moment comes, it’ll be OK. We’ve have had many wonderful years together that I wouldn’t trade for anything.

But for now, I feel content with my answer.

Sex may not be something I remember when I’m on my deathbed. But I will remember the love, the priceless moments of joy and laughter, the years full of companionship and tenderness.

And at the end of the day, that’s all that matters.

If you like this article, please share it! Your clicks keep us alive!
Tags
asexual
asexuality
AVEN
mariage
Sex

When My Husband Told Me He Was Asexual
Rocío Gamarra