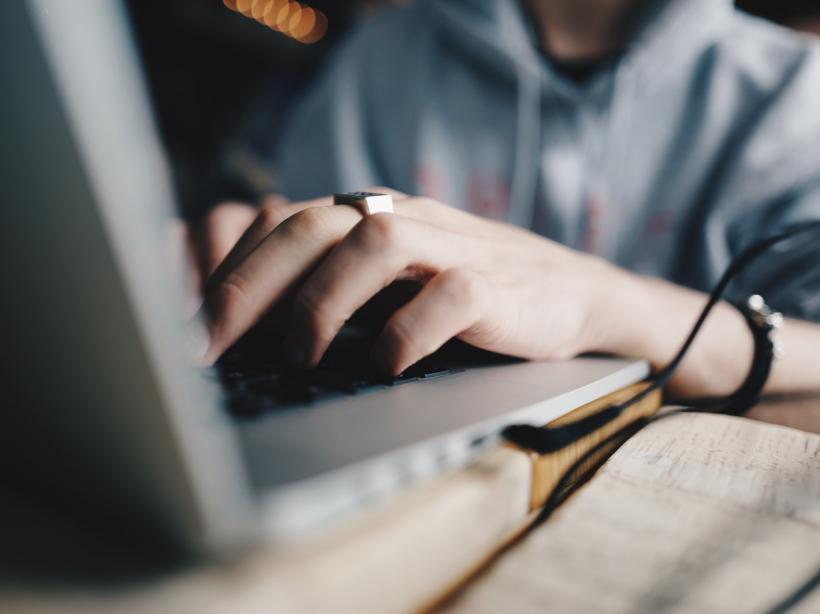 My earliest memory on the Internet is of Neopets.

As most people coming of age with the Internet in the early 2000s, before the dawn of social networks focused on representing our actual identities (sort of), I found purpose and a dash of obsession in the popular online community of virtual pet owners. Neopets was the perfect mix of fun and responsibility, a parent’s dream platform for their child who had the potential of discovering much darker endeavors with the entirety of the World Wide Web at their fingertips.

But a few years past my Neopets infatuation, when I became less concerned with virtual pets and more with the changing landscape of my own body, I stumbled upon these dark corners of the Internet.

At the peak of puberty, in the spaces between orchestra rehearsal, volleyball practice and homework, I developed an all-consuming hobby, a dangerous extra-curricular fueled by body insecurity: Forum-hunting.

I spent several hours each day, often in the dead of the night, searching for a quick-fix solution for my undesirable (imagined) flaws: acne and muscular thighs. I couldn’t tell you the specific names of the sites I spent so many hours on, but what I do remember is how I felt when I was on them. Compulsive. Desperate. Entranced. Rebellious.

It took me years to put a name to the “weight loss” forums I lurked on during my early teens. In retrospect, I have the knowledge and vocabulary to know they were pro-ana, or pro-anorexia, sites.

For those unfamiliar, pro-ana sites (and their bulimia equivalent, nicknamed “pro-mia” sites) are websites that actively encourage eating disorders by making you believe there’s nothing more satisfying than being in control of your weight. Users exchange tips about restricting food intake, and there’s a lot of “thinspiration” — a phrase for photographs of women with thigh gaps and angular bodies. So many bones. The visible appearance of bones — whether it’s a protruding hip bone, a pronounced collar bone, or a bony rib cage — is desired, applauded and encouraged.

I didn’t think I “looked the part” of someone with an eating disorder, so I couldn’t claim the title.

These are sites my parents didn’t know, and probably still don’t know, existed. These are sites I didn’t tell anybody about because I knew deep down they were not a good place to be. These sites were my little secret.

If I personally couldn’t even identify the inner demons I was wrestling with at the time, there was no chance anyone around me was catching hints. While I may have alluded to a connection between being stressed or upset and not eating over the years to parents, friends and even a trusted teacher once, I never went as far as to utter the words “eating disorder” or “anorexia.” I didn’t think I “looked the part” of someone with an eating disorder, so I couldn’t claim the title. I still feel pangs of shame typing that acknowledgement, knowing that I had once thought of "anorexic" as an honorary title to claim, and that physical appearance was the only indicator of a mental health issue.

When faced with external chaos, stress or trauma in their environment, people tend to look inwards for a factor they can control. Couple that with the pressures of a society that values thinness and an eating disorder develops.

I can’t claim to know when mine started and when exactly it lost its grip over me. I still struggle with defining those years, and this is the first time I’ve published anything about my relationship with food because I didn’t know how to talk about it.

Now I love my muscles and I’ve accepted that acne-prone skin doesn’t make me any less worthy of a person (though I wouldn’t complain if this adult acne decided it had run its course and vanished one day). My mind isn’t pre-occupied with thoughts of what I will or won’t eat next. I wrote the first draft of this piece eating a piece of strawberry rhubarb pie and I didn’t bother to look up how many calories it had, a seemingly small feat but a major success for someone who used to fixate on the calorie intake of the smallest, most innocuous pieces of food. Some of the girls on the pro-ana message boards worried about gum.

Sometimes, too much caffeine or a stressful event makes me lose my appetite — and that makes me feel good. Then the memories of those years drift back, and I grieve the time I spent in the dark scheming about how I was going to be unkind to myself that day, and the next day, and so on.

So why write this now? Why conjure up demons of the past?

When I was browsing through accounts of other peoples’ day-to-day struggles with food on the pro-ana sites, I felt a false sense of being understood. My mentality was that these were other people who just wanted to feel comfortable in their own skin, and we would get there together.

It’s a toxic community, but it is still a community — and especially to young vulnerable, malleable minds, it’s as good as any.

The online pro-ana and pro-mia communities are still alive and kicking today. Why wouldn’t they be? Eating disorders are not a thing of the past.

The intention of this personal essay isn’t to claim that the Internet is bad, that technology has doomed us beyond all repair, or that parents need to restrict online access to children. For as long as it has existed, the Internet has reflected our issues back to us. It’s always going to be a space of both learning and destruction. The Internet’s dark spots won’t become brighter places unless we look inwards to heal ourselves.

So I write this for the same reason that I write anything, to help others reflect on their own experiences and realize the most important acknowledgement for healing: You’re not alone.

To the 14-year-old girl who thinks her muscular thighs make her too “manly” or intimidating: you may feel like your entire existence revolves around your physical attractiveness, that you are required to cater to the gaze of lanky boys who haven’t yet hit puberty like you.

One day, you’ll realize that there are bigger accomplishments than being smaller than your boyfriend. Maybe you’ll like a girl and you’ll be bigger than her.

One day, you’ll realize you deserve to take up space, not shrink yourself into oblivion.

One day, you’ll grow to understand that whether you decide to wear make-up or not is a personal choice for you to make, and that you can’t lose in that decision.

One day, you’ll discover real community offline, filled with women with kind and strong arms lifting one another up instead of poking and prodding at each other’s imagined insecurities.

Throughout these days, there will be times when you feel low. You’ll resort to negative thought patterns and tendencies. You’ll remind yourself that healing isn’t ever linear.

But one day, you’ll feel free.

How I Became Anorexic Without Even Knowing It

My Struggle With Binge Eating Disorder