Patton Oswalt's Engagement: What Should Grief Look Like? (And Who Are We To Decide?) 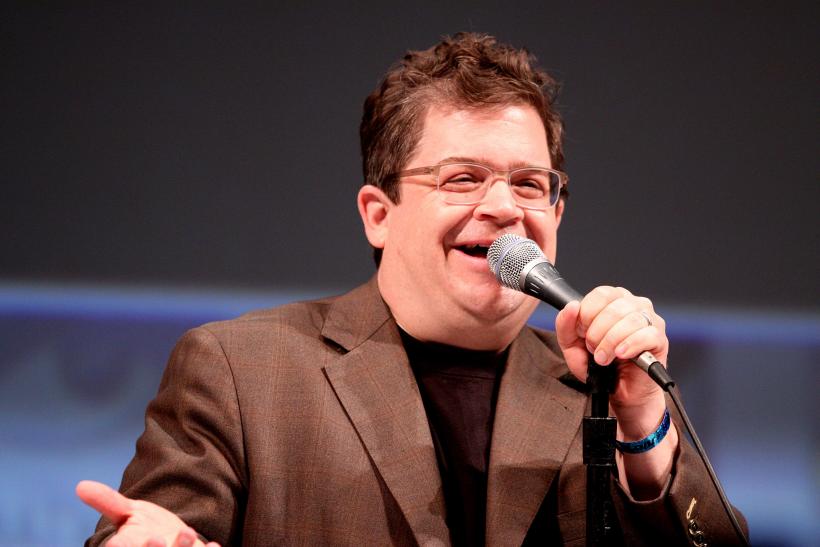 So, the part I don’t understand: Why does it take a celebrity to draw attention to being a widow or widower? (Image Credit: Gage Skidmore via Wikimedia Commons)

The rancor over Patton Oswalt’s engagement fifteen months after his wife’s death drives home the point that only the grieving can decide how to grieve, or conversely, when to be done mourning. In the case of widowed people, only the bereaved can decide when they’re ready to love again. It’s such a deeply personal choice.

Grieving isn’t a decision made by committee.

"Who gave you the position to judge when it’s “too soon” for a person who has suffered the worst to be able to find happiness and companionship again? It's been 15 months! How long should a widow sit in isolation before YOU are comfortable enough to release them from their solitary confinement? Because it’s really about you isn’t it? You aren’t actually concerned about the heart of the person who has found the strength and courage to love once more. You’re worried about your own offended sensibilities rooted in old Victorian traditions."

Sheryl Sandberg also became the subject of internet wrath for starting to date ten months after her husband’s death. At the most trivial level, some of the internet rancor directed at Oswalt and Sandberg is based on their celebrity status. How deliciously sad when something terrible befalls someone with a previously enviable life, and how quickly those delightful shivers of schadenfreude abate when the object of pity finds joy again. When that person is a celebrity, they become fodder for attention-seeking internet trolls proffering opinions that nobody ever wanted to hear anyway.

The current me can love someone in the present without taking away from my past life. That love isn’t a betrayal of the past, it’s a progression. George and I taught each other how to love — how sad if that capacity died with him.

Another reason for the misplaced criticism may come from Oswalt and Sandberg both initially publicly, and bravely, chronicling their grief processes. For those who haven’t been widowed, it can be hard to understand how someone can still love their prior spouse AND have the capacity to love someone new as well. We carry our grief and our joy, both at the same time.

As a widow myself, I’m surprised by the ire over Oswalt’s finding happiness again. Eighteen months after losing my husband George, I came to love someone again. George will always be with me, and I still miss him sometimes, but I’m a different person than I was before my loss. The current me can love someone in the present without taking away from my past life. That love isn’t a betrayal of the past, it’s a progression. George and I taught each other how to love — how sad if that capacity died with him.

People think that finding a new love somehow degrades the memory of the old, but it doesn’t. It does nothing to diminish the significance of our first marriages.

Within a few months of my husband’s death, his mother told me I should start dating again, not because she loved her son any less, but because she loved me too and wanted me to be happy.  A close friend said the same thing to her father shortly after he was widowed. If the deceased’s closest relatives can tell his spouse to move on, a stranger should be able to deal with it. But that’s the thing, our close relatives knew the depth of our prior relationships. Strangers don’t.

There are romantics who, among others, are cheering for Oswalt. To them, his engagement is an affirmation of the heart’s resilience, to have accepted losing his beloved with all that comes with it, and to have healed enough to embrace a new love. They rejoice in his hard-won happiness. These stories may give hope to the widowed: if Oswalt or Sandberg can find love again, perhaps I can too.

That isn’t me. Each widow’s experiences are different, even from that of other widows. I’m happy for anyone who finds love, but I know few singles over forty, widowed or not, who have. I have a feeling celebrity widows aren’t on the same dating sites that I was on, getting the same barrage of messages from leering men sporting antlers, or sitting in hot tubs wearing Speedos, or wanting to live on a commune with weird fertilizing practices.

So, the part I don’t understand: Why does it take a celebrity to draw attention to this most basic of human conditions?

800,000 people are widowed each year in the United States. Still, we’re uncomfortable talking about death and the uncontrolled emotions that come with it. We don’t discuss the grieving process. When a Sheryl Sandberg or a Patton Oswalt describes what it really feels like to lose a spouse, it’s a revelation. Yet, we all know widowed people, and if they’re anything like me, they want to share, not feel like they have an embarrassing condition.

Maybe what we can take from the response to Patton Oswalt’s engagement is that it’s time to talk about grieving, so it stops being viewed a mystery. Like the ability to find love after loss, so much of it is understandable. And as with so many things, the answers are rooted in openness and compassion. We just need to talk about it.

If you like this article, please share it! Your clicks keep us alive!
Tags
Patton Oswalt engagement
grieving
widow
widower
loss
love after loss