What I Want You To Know About Widowhood 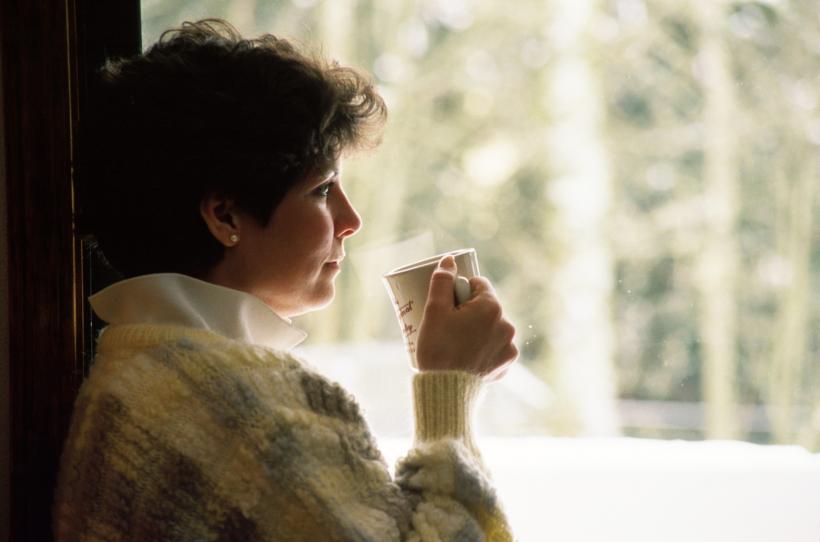 Loneliness was the hardest thing I faced when I lost my husband. The people who reached out to me when I was newly widowed probably saved my life.

I was a rational woman, a former attorney, pretty close to being grown up. But that all changed when my husband died.

I had 32 years with my George until he died of cancer four years ago. He was 53. We started dating when I was a high school senior. He'd bicycle past my house to drop off tapes of his favorite music. It was the eighties, so I got the Clash and the Ramones. I invited George to my prom even though he was older by four years, a college senior majoring in engineering. We were together ever since.

When he died, I fell apart.

Few people seem able to deal with death, especially when it’s premature. For a while, my loss was debilitating. It felt physical, like I’d lost part of a lung and couldn’t breathe properly. I felt peeled. Not surprisingly, losing a spouse is ranked number one on the stress scale as an event likely to cause illness.

I couldn’t drive to a new place without getting hopelessly lost. I was always exhausted, a double whammy caused both by losing George and having been his caregiver. I wish I could’ve worn a sign that read: “Recent Widow. Be gentle. Agitate at Your Own Risk.”

Without George, I lost the me that I'd been as his wife. I was used being part of an "us." Who was I without him?

The Loneliness Was the Worst

My loneliness after his death was harder to cope with than the loss itself. George and I were both anti-social introverts. He was an engineer's engineer, happy to be with me and his computer. I was happy to be with him and my books.

After he died, people went silent. A couple of friends thought “being there” meant texting smiley-faced emojis. On average, women lose 75 percent of their support base after their spouses die. But all our friends need to do is call or email, recounting a good memory of the deceased and offering to meet for coffee.

I finally contacted George’s best friend after I didn’t hear from him for several months. When I asked why, he said, “I didn’t know what to say.” People worry they’ll seem intrusive, but ignoring a new widow is far worse.

My bane is people who say, “Just get out there!" Where is "out there” exactly? And the recently widowed lack the wherewithal to find it. Either offer to “get out there” with us or stop sounding like you’re trying to beg off spending time with us.

In my isolation, I made choices I never would've made before. I wound up with a younger boyfriend who took care of me, but he became impossibly possessive. Later, I became an online dating addict to avoid the pain of being alone.

I had to start from scratch to find friends. I joined organizations including a synagogue, the Rotary Club, a car club (not sure what I was thinking), a writing class, and a yoga studio. Upon hearing I was a widow, people had ever so many opinions. Which was weird because grown ups don't usually tell each other how to live.

Don’t Be These 7 People

Here are seven pitfalls to avoid when talking to the widowed:

They say, “Everything happens for a reason," or, “God has a plan." As if my husband's death were necessary to forestall a plague of frogs. They're assuming beliefs not everyone shares. See also: "He's in a better place." Losing a spouse just sucks. We want him back with us even if he's in a worse place.

They ask, “How did your husband die?" I answer, "Cancer.” They say, "What kind?" I say, "Metastatic male breast cancer.” They tell me they knew someone who had that, launching into a description of that person’s symptoms. They ask about my husband's specifics. I say, “I’d rather not go into it.” Then they're miffed because this was just starting to get interesting.

They say, “I know what you’re going through.” But even among widows, our experiences vary. My widowed friends have complained about people claiming to know what we’re going through, then comparing a spouse's death to their divorce, or in one case, to the death of a pet. Unless you’ve been widowed, you can't know.

They know you’d recover faster if only you’d clear out his things, or stop wearing your wedding rings, or join an ashram. My pet peeve is people I barely know telling me to move. As if a different house will make me forget I ever had a husband! Grieving isn’t a test; don't tell us we’re doing it wrong.

They ask if you’re seeing anyone new. But people aren’t replaceable, especially the ones we were married to. It's presumptuous to tell a widow she should be romantic with someone new. Although I was married, I'm still an independent woman. I don’t need a man to complete me.

They tactlessly choose to share their issues about the deceased with his survivors. When George died, an old friend told me I was lucky to have a chance at a new life because George had tried to limit me. No, and ouch! If you didn’t like the deceased, let your opinion die with him. It’s not like he’s going to learn from it.

People ask if there's "anything they can do." But we don’t know what to ask for. Far better is to offer something concrete like, "I’ll pick you up for dinner on Thursday,” or, “I’ll clean your gutters this weekend.” For me, the best offer was something recurring, like a weekly walk or coffee date.

It took me over two years to function as an adult instead of an angry teenager. And another year after that for my brain to reconstitute. Ultimately, I emerged far stronger and much less judgmental than when I was married. I have now (gasp) dated more than one man at a time.

I understand that loneliness and guilt can drag us far lower than we ever expected. I listen to people in ways I couldn’t before. Were this an advertisement for befriending the widowed, I'd say seek us out because we’re empathetic and caring.

More importantly, when we lose our spouses, even if we’re at our worst, our friends and family need to come closer, not leave us to ourselves. Try reaching out to a recent widow even if you don’t know her very well.

Loneliness was the hardest thing I faced when I lost my husband. The people who reached out to me when I was newly widowed probably saved my life.

If you like this article, please share it! Your clicks keep us alive!
Tags
widowhood
loss
grief
coping with loss
how to be there for a widow